Disney had pulled the 20th Century titles from December release 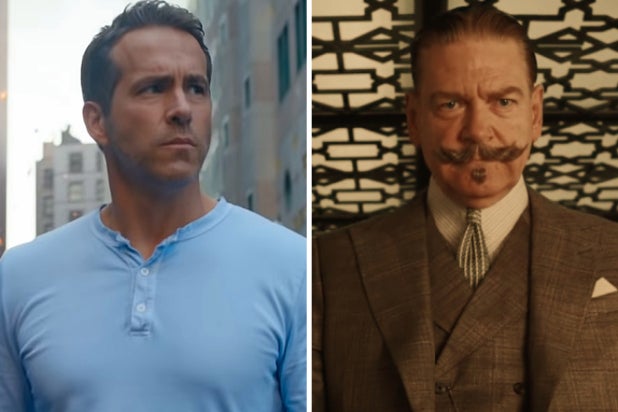 “Free Guy” with Ryan Reynolds and “Death on the Nile” with Kenneth Branagh are both back on the theatrical release slate after Disney previously pulled both 20th Century Studios titles from their release dates in December.

These changes to Disney’s release calendar are in addition to the many Disney titles that were unveiled Thursday as part of Disney’s marathon Investor Day. Disney had said in its call that some 20th Century and Searchlight titles moving forward would go direct to Hulu. As of right now however it would appear that all of these films will debut theatrically rather than through streaming.

Other upcoming 20th Century titles for 2021 include “Everybody’s Talking About Jamie,” the “Bob’s Burgers” movie, “Ron’s Gone Wrong,” the thriller “Deep Water,” the Ridley Scott film “The Last Duel” and of course Steven Spielberg’s “West Side Story,” which is scheduled to open December 10, 2021. And still without a release date on the Searchlight side is Wes Anderson’s “The French Dispatch,” which was meant to open this year after it was selected as part of the Cannes lineup.

Disney on Thursday announced release calendar changes involving new Disney animation, Star Wars and Marvel films. “Raya and the Last Dragon” is moving up one week to March 5 and will be released day and date in theaters and as a premium video on demand title through Disney+, similar to the release of “Mulan” earlier this year.

The new animated film “Encanto” from Disney and with songs from Lin-Manuel Miranda will open Nov. 24, 2021. And the newly announced Pixar films “Turning Red” and “Lightyear,” with Chris Evans as the sci-fi inspiration for Buzz Lightyear, will open March 11, 2022 and June 17, 2022 respectively.