Known affectionately as the Notorious RBG, Ruth Bader Ginsburg was both a sharp jurist and a celebrated pop-culture icon 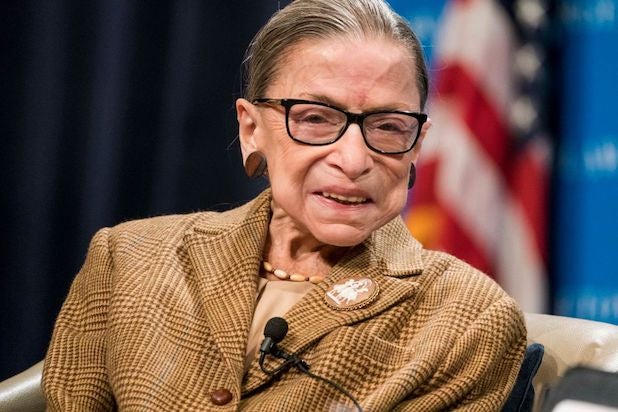 Ruth Bader Ginsburg, the celebrated Supreme Court Justice and feminist icon, has died due to complications from metastatic pancreatic cancer, the Supreme Court announced on Friday. She was 87.

Ginsburg, who was born in Brooklyn, upended the status quo throughout her life. She is most notably remembered for her precedent-setting legal work, co-founding the Women’s Rights Project at the ACLU and successfully arguing landmark cases before the Supreme Court concerning gender discrimination against women and men.

In 1993, Ginsburg was nominated to the Supreme Court by then-President Bill Clinton, becoming the second woman to serve on the highest court in the country. In making his announcement, Clinton said he believed Ginsburg would be “a force for consensus-building on the Supreme Court” and was “too thoughtful” to be pigeonholed into labels of “liberal” or “conservative.”

But in her time on the Supreme Court, Ginsburg became known for her sharp, liberal dissents. She also became a pop culture icon as the Notorious R.B.G. — a nod to the rapper Biggie — with her collars, impressive workout routine, and Hollywood portrayals from the likes of Felicity Jones (“On the Basis of Sex”) and Kate McKinnon (“Saturday Night Live”).

Since 1999, when she was diagnosed with colon cancer, Ginsburg’s health has fluctuated with recurring bouts of cancer. Though some speculated that she would retire because of her age and health, Ginsburg was steadfast in her commitment to the court.

“I have often said I would remain a member of the court as long as I can do the job full steam,” she said in July. “I remain fully able to do that.”