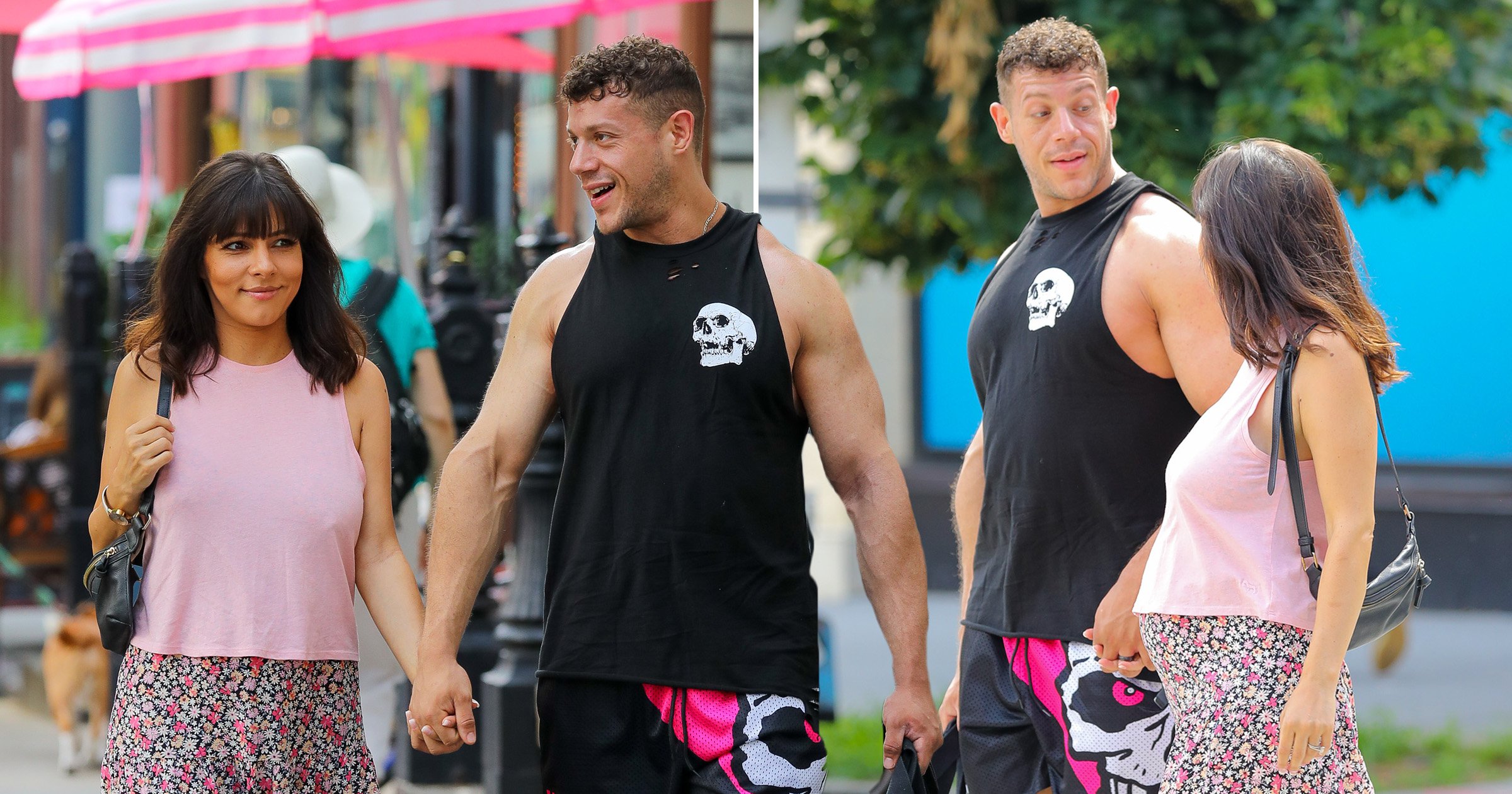 Roxanne Pallett has been spotted out and about with her baby bump after confirming she’s pregnant with her first child.

The former Emmerdale star took a leisurely afternoon stroll with her husband, Jason Carrion, over the weekend in New York where they live.

Roxanne, 38, looked summery in a pink blouse with a flower print skirt while Jason kept it casual in a sleeveless T-shirt and shorts. The couple held hands as they walked around and were attentive towards each other, looking into each other’s eyes as they chatted away.

At one point, Jason put a protective arm around his pregnant wife and stroked her shoulder.

It’ll be the first child for the pair who tied the knot in January 2020, 17 months after meeting.

Confirming their baby news to The Sunday Mirror, Roxanne said: ‘I now know what “happy ever after” feels like.

‘To have such a beautiful life here and be blessed with the most incredible husband and our little baba on the way… my mum’s already knitting for England.

She added: ‘My husband is driving round at all hours getting me pizza and cookies. We’re in a bubble of excitement.’

Roxanne left the UK to start a new life in the States after becoming embroiled in controversy on Celebrity Big Brother in 2018.

During her time as a housemate, Roxanne wrongfully accused former Coronation Street star Ryan Thomas of ‘repeatedly, intentionally and aggressively’ punching her. Ryan was actually seen on camera playfully sparring around her and only appeared to tap her on the waist.

Roxanne later apologised and admitted she ‘got it wrong’.

However, the actress was bombarded with backlash and she took time away from the spotlight before moving abroad.

Roxanne’s husband Jason may look familiar to some as he previously starred on the US version of Married At First Sight.

In addition to her career as a soap star and stint on CBB, Roxanne has appeared on  Celebrity Island with Bear Grylls and Celebrity Coach Trip.