Sir Rod Stewart’s career began in 1962 when he took up busking with a harmonica. The year after that, he joined The Dimensions as a harmonica player and vocalist and it wasn’t long before he was snapped up by Long John Baldry and the All Stars before moving to the Jeff Beck Group in 1967. Fans will know he then joined Faces two years later and went onto maintain a solo career released his debut album that same year. While his earlier music was a fusion of rock, folk, soul and R&B, Rod has gone onto be one of the best-selling artists of all time. And one thing which has never changed is his love and passion for touring and sharing his music with his fans. But with the world in lockdown last year, Rod, like all over musicians was unable to perform to live audiences and he told Express.co.uk that why he missed it terribly, being on the rod was “the only downside” to his job.

During a conversation about his most recent performance for the 36th America’s Cup in Auckland, Rod explained why singing live is so important to him.

He said: “New Zealand is such a special place to me, as two of my kids are Kiwis, so sharing this performance with their home country was wonderful.

“We’ve been facing challenging times, so I hope the performance was able to bring some joy to fans around the world.

“The adrenaline that I get every time I perform,” he added. “And I miss being with the band and drinking wine after the show. 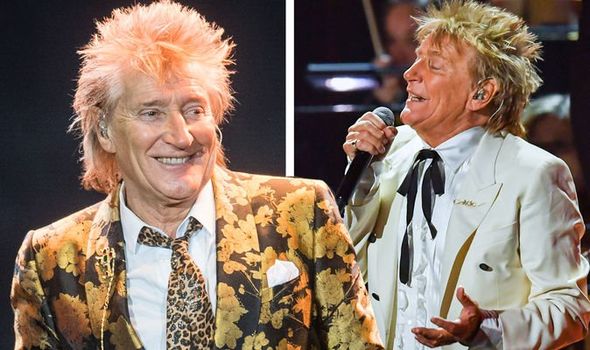 “I also miss the traveling but I don’t miss being away from my family. The time away is the only downside of being in the music business.”

The singer also discussed the last year, being in lockdown and how he and wife Penny Lancaster have coped.

“I’ve had four of my children with me which has made it a lot easier,” Rod commented. “It’s been an adjustment but we’ve made the best of it.

“And yes, I had one day where I shed a tear or ten because it got to me.”

It comes after Rod took part in Rock the Doc where he performed a powerful and emotive rendition of his iconic song Sailing. 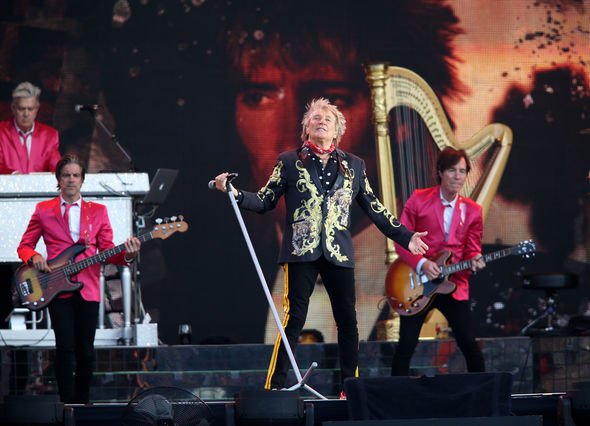 And before he performed Rod said: “‘I’m excited to be performing for the America’s Cup in New Zealand and Sailing is the perfect fit.

“With fans being unable to travel, I’m hoping that this special performance will remind us that we’re all in this together

One said: “Thank you so Much Rod. This Americas Cup has been amazing and as a nation it has been awesome as we have united so much being Covid free at the moment. The emotion, support, love and dedication these guys put in paid off and thry bought the Cup Home yesterday.”

“Beautiful! Touching! Awesome! Thanks Rod for your music!” Someone else wrote.

A third added: “Lovely lovely. What a moving tribute.”

Rod’s parents have played a huge part in his love for music.

His father bought him a guitar in January 1959; the first song he learned was the folk tune “It Takes a Worried Man to Sing a Worried Song”.

Whereas the first record he bought was Eddie Cochran’s “C’mon Everybody”.

Despite his interest in music and songs, Rod’s original ambition was to become a professional footballer.