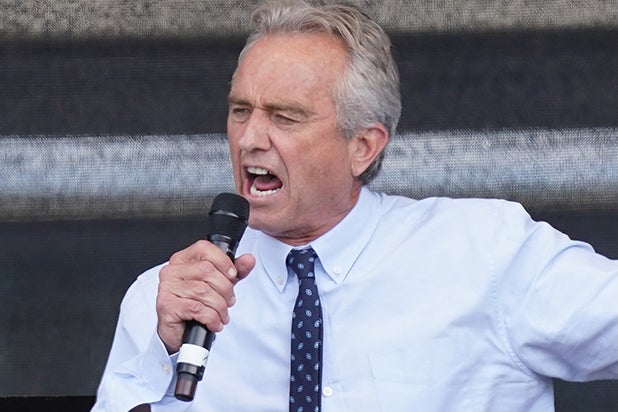 A spokesperson for Facebook confirmed the removal and told TheWrap in a statement, “We removed this account for repeatedly sharing debunked claims about the coronavirus or vaccines.”

Earlier this week, the company announced it was expanding its “efforts to remove false claims on Facebook and Instagram about COVID-19, COVID-19 vaccines and vaccines in general during the pandemic.”

Kennedy is a notorious anti-vaxxer and his public views have put him at odds with his famous family members. In May 2019, in an article for Politico titled “RFK Jr. Is Our Brother and Uncle. He’s Tragically Wrong About Vaccines,” Kathleen Kennedy Townsend, Joseph P. Kennedy II, Maeve Kennedy McKean — RFK’s sister, brother and niece — said of him, “He has helped to spread dangerous misinformation over social media and is complicit in sowing distrust of the science behind vaccines.