The Grand Tour fans were thrilled when the Amazon Prime series released a new episode before Christmas and are eagerly awaiting the next instalment which was filmed in Scotland. The premise of series sees Jeremy Clarkson, Richard Hammond and James May travel the world test driving cars and taking on tricky challenges. However, with the pandemic still causing travel chaos, the trio haven’t been able to go very far.

As Richard appeared on Sunday Brunch, host Tim Lovejoy asked: “How is The Grand Tour going? Obviously there’s a pandemic and you do so much travelling with the show, how has it been going for you?”

“Well the issue is summed up in the tour bit of the name. It’s a problem. It’s not easy,” Richard replied.

“It’s weird, I’ve been living out of a suitcase for 25 years and now the suitcase has stayed under the bed for like a year. It’s weird.”

Simon Rimmer chipped in: “So what will happen then? Will you come closer to home?” 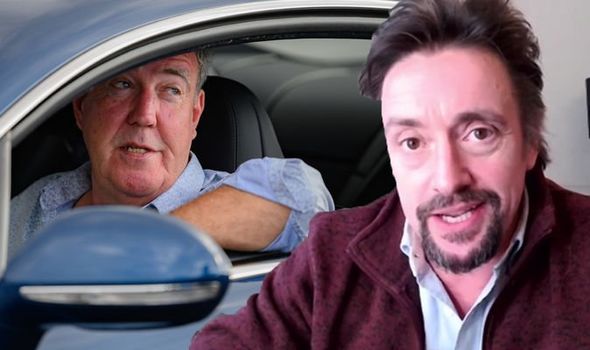 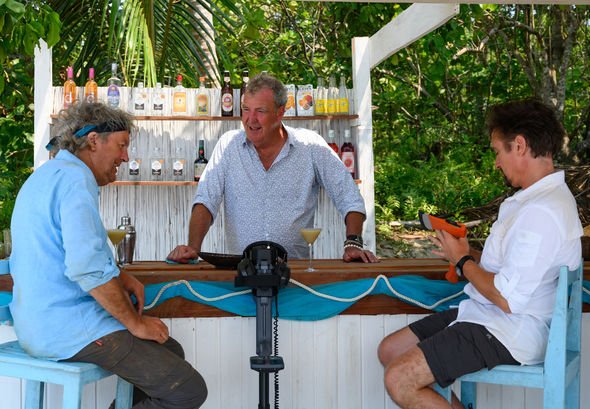 “We’ll get something done, of course we will. It’s all we can do.”

Tim continued “What are you doing? Are you having to do Zoom meetings with the other guys, and how is that going?”

“Yeah it’s brilliant because it’s not like there’s many egos in the room so not like we’re talking over each other or anything,” the presenter laughed. 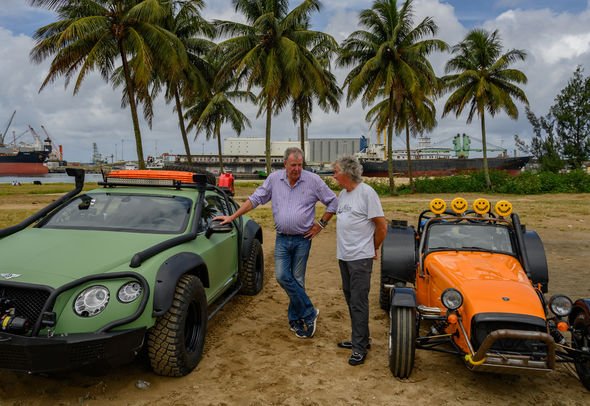 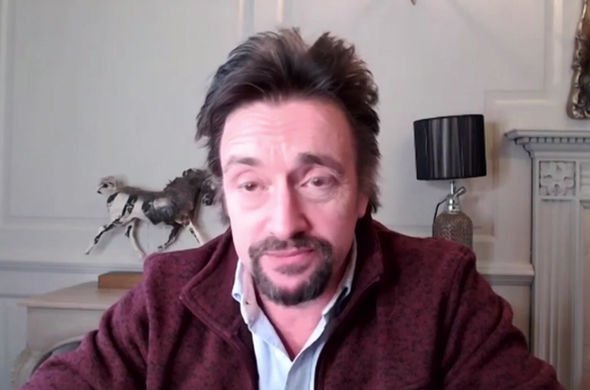 “We’re very good at sitting back and waiting and taking our turn to have a conversation.”

Richard went on to suggest Tim and Simon join one of the video calls for The Grand Tour planning.

In the meantime, fans of the series have been able to catch Richard in his new show The Great Escapists, which he features in alongside Tory Belleci.

“Tory and I had hung out together, he’d come over for a week or two when we’d written it, but we hadn’t worked together, and standing on the beach, day one, moment one, script one, scene one.

“Somebody said ‘action’ and I looked at Tory and thought ‘Wait a minute we’ve never worked together, what if it’s rubbish?’ but the guy’s just brilliant so that was not a problem.’

“But for me the weird thing is, and it still is weird being asked that question, and I think ‘Wait a minute I started in ‘88, I’ve worked without them for year.’

“Then I realise, hang on a minute, no I’ve been twenty years with them, more than that – twenty-two years!

“So it’s kind of odd. It’s more the other way around because we’re not able to tour together so much at the moment when we do get together and the three of us stand in front of the camera, as soon as we get going we just sort of fit back into a mode, it’s so comfortable now.

“We know not so much what the others are going to say before they say it, but we know how they’re going to react to what we say which makes it very easy to elicit a response and sort of steer it along. So it’s incredibly comfortable in a really hideous, unpleasant, uncomfortable way.”