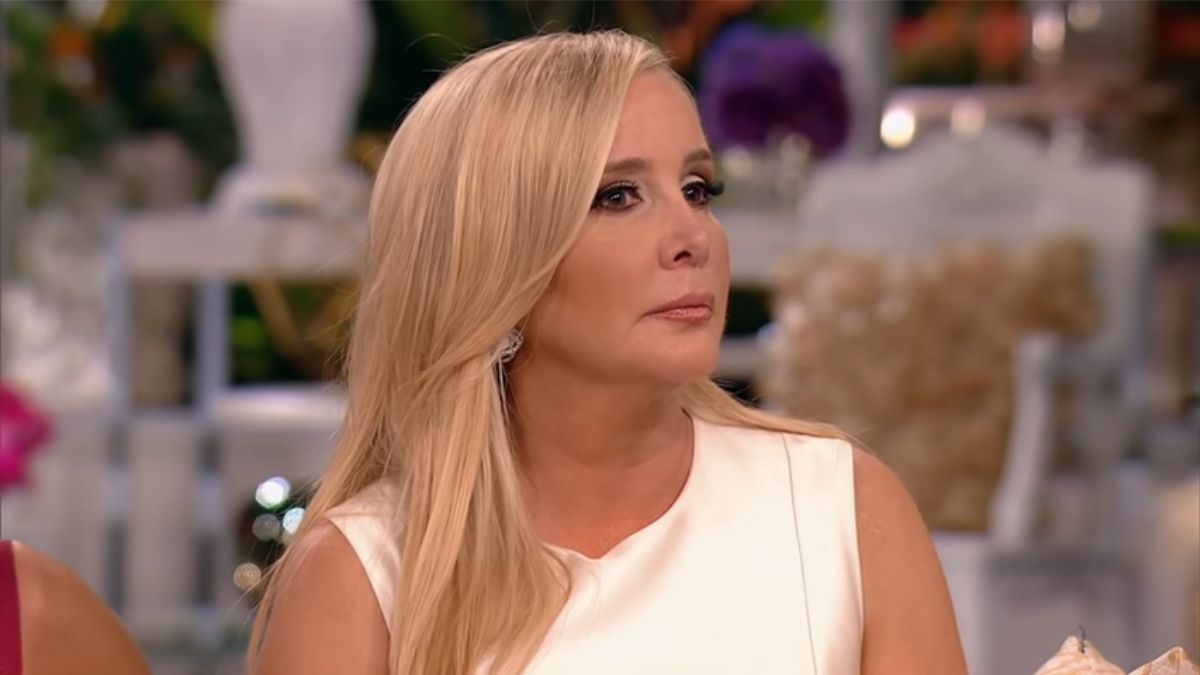 Vow renewals are supposed to be a time for couples to share their love and recommit to one another. However, if housewife history is any indication, this could spell disaster for the couple.

For Braunwyn Windham-Burke and her husband Sean, it was a time they wanted to celebrate with their loved ones, including their kids. And while the event seemed to be going pretty well, it wasn’t all roses.

Shannon Beador had a little too much to drink, spilled some of her own opinions, and talked about her own disastrous vow renewal to two of Braunwyn’s kids.

After slamming back a few drinks, Shannon explained to Braunwyn’s daughter Rowan and son Jacob, “Okay, so, I just have to tell you. My husband surprised me with a vow renewal, and it didn’t work out after that.”

In Season 11 of the show, Shannon’s then-husband David Beador surprised her with a vow renewal ceremony. The event came shortly after it was revealed that David had an affair.

Shannon continued, “But my children all said to me tonight that your vow renewal was upbeat and fun and good if it was so different than [mine]. After our vow renewal, things took a [turn] for the worse.”

After sharing what a nightmare her vow renewal turned out to be, Shannon tried to spread some positivity, “But for you guys, you guys were involved, and it was so upbeat and happy. You guys are blessed and you guys have nothing but good things to look forward to!”

Rowan and Jacob, however, left the conversation a little less than thrilled.

“That was such awkward s**t. She’s so f**king drunk,” he annoyingly shared.

Braunwyn and Sean are continuously reinventing their marriage

Braunwyn and Sean, who were married in 2000, haven’t been shy about sharing their marital struggles throughout the years.

Recently, the two decided that they were going to “redefine” their marriage. This included Sean moving out of the home while Braunwyn revealed she was seeing someone new.

Sean eventually moved back home and the couple has been working on their marriage at the same time that Braunwyn works on her sobriety.

This year, Braunwyn admitted that she struggled with alcohol dependency and has committed to her sobriety, despite all the heavy drama she’s engaged with on the show.

The Real Housewives of Orange County airs Wednesdays at 9/8c on Bravo.