Home » TV and Movies » Raya and the Last Dragon review: Disney was so close to releasing another timeless classic

Despite releasing Soul on Disney Plus for free over the holiday season, Disney have decided to charge subscribers an extra fee of £19.99 to watch the exciting new movie, Raya and the Last Dragon. With a brand new heroine at the forefront of the story and an epic tale of good vs evil, it seems like it should be a sure thing for Disney fans – but it ultimately comes off as a little disappointing.

Early on, Raya (played by Star Wars’ Kelly Marie Tran) tells the story of how 500 years ago the last dragons saved the world from the malevolent force known as Druun.

Druun was subsequently locked away for eternity while the rest of the dragons were turned to stone so the humans of Kumandra could live in harmony.

After a baffling turn of events, Raya becomes one of the few remaining humans left alive after her former friend betrays her and releases Druun once again.

With her father and the rest of humanity turned to stone, Raya fights to find the last dragon and restore the Dragon Gem to save the world. 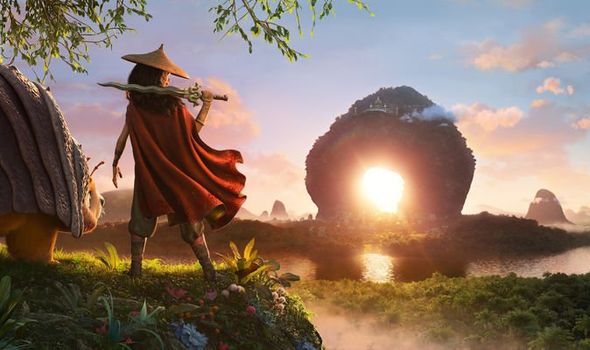 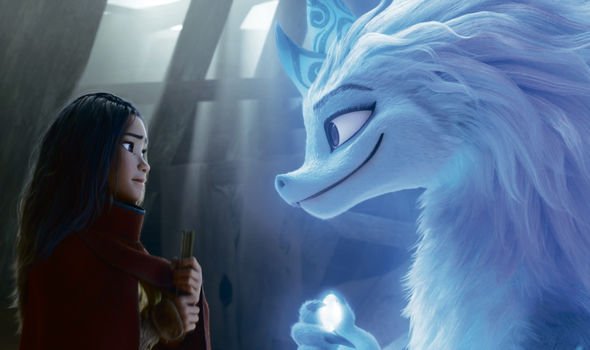 First off, it is worth noting that, in standard Disney fashion, the animation, cinematography, choreography and character design are stunning.

Raya is emotive and intricately designed and her sidekick – Tuk Tuk, the giant pill bug – is cute, hilarious and an excellent plush toy contender.

The most illustrious and wonderful creature on-screen throughout the movie is Sisu, however.

The dragon is beautiful to watch. Her glowing mane and glistening water powers are memorable and awe-inducing.

Sisu, the titular last dragon, is played by Awkwafina and acts as the “fish out of water” in the movie. 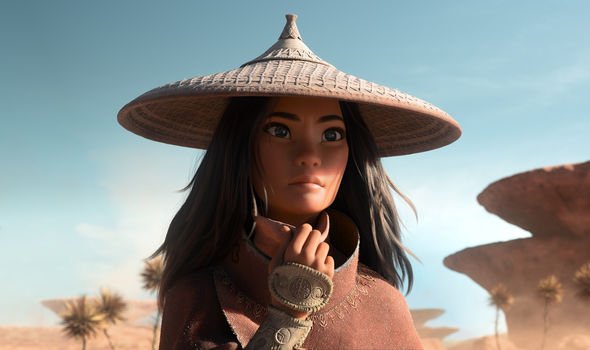 We Know The Way from Disney's latest animation Moana

After being asleep for more than 500 years, Sisu is confused about what is going on and the Druun is free once more.

The goofy yet fun character receives a few moments of heart throughout the two-hour movie and Awkwafina does a great job at delivering a powerful performance.

Tran is similarly spectacular as Raya. Not only does she give a nuanced performance as the young princess, she also plays a believably flawed and powerful warrior who is trying to do good. She was really fantastic.

Most of Raya and the Last Dragon’s plot is enjoyable and fun.

Raya, Sisu and Tuk Tuk travel through the land of Kumandra making quirky and comical friends along the way to take down their foes.

However, the back half of the film felt paper-thin. The final ordeal the characters were forced to endure didn’t feel believable, and any and all character deaths did not come across as serious threats.

As well as this, the stakes laid out in the third act felt hollow. This is mostly down to the villain of the film – Druun – being a mute sentient black cloud with no personality.

Without a real villain to rally against, Raya and the Last Dragon fails to bring the characters together in the final moments – when it counts the most.

Even more disappointing is the heart of the film falls flat, especially compared to other recent Disney movies. Frozen’s Elsa had a strong relationship with Ana. Moana’s connection with her father was touching and realistic. Onward’s Ian and Barley fought tooth-and-nail to see their father again.

Raya simply doesn’t have the pure struggle against the odds to reclaim the family she once lost. It’s disappointing in that sense alone..

Raya and the Last Dragon is an objectively gorgeous film full of wonderfully designed characters and creatures. All of the film’s separate parts are excellently structured and have that Disney Studios “sheen” to them – but the final product is disappointing. Raya, as a character, is memorable, strong and her quest is noble. But the last act of the film is slow and difficult to get behind. The flat nature of the villain is perhaps the biggest knock against the movie, making the final resolution unsatisfying and supremely underwhelming.

Raya and the Last Dragon is out on Disney Plus now.