Home » TV and Movies » Pregnant Kylie Jenner shows off her baby bump in black catsuit with Travis Scott and Stormi, 3, at Halloween party

PREGNANT Kylie Jenner went for a low-key costume for Halloween this year, showing off her baby bump in a simple black catsuit.

The KUWTK star, 24, celebrated the spooky holiday with her baby daddy Travis Scott, 30, and their daughter Stormi, 3, at sister Kim's party. 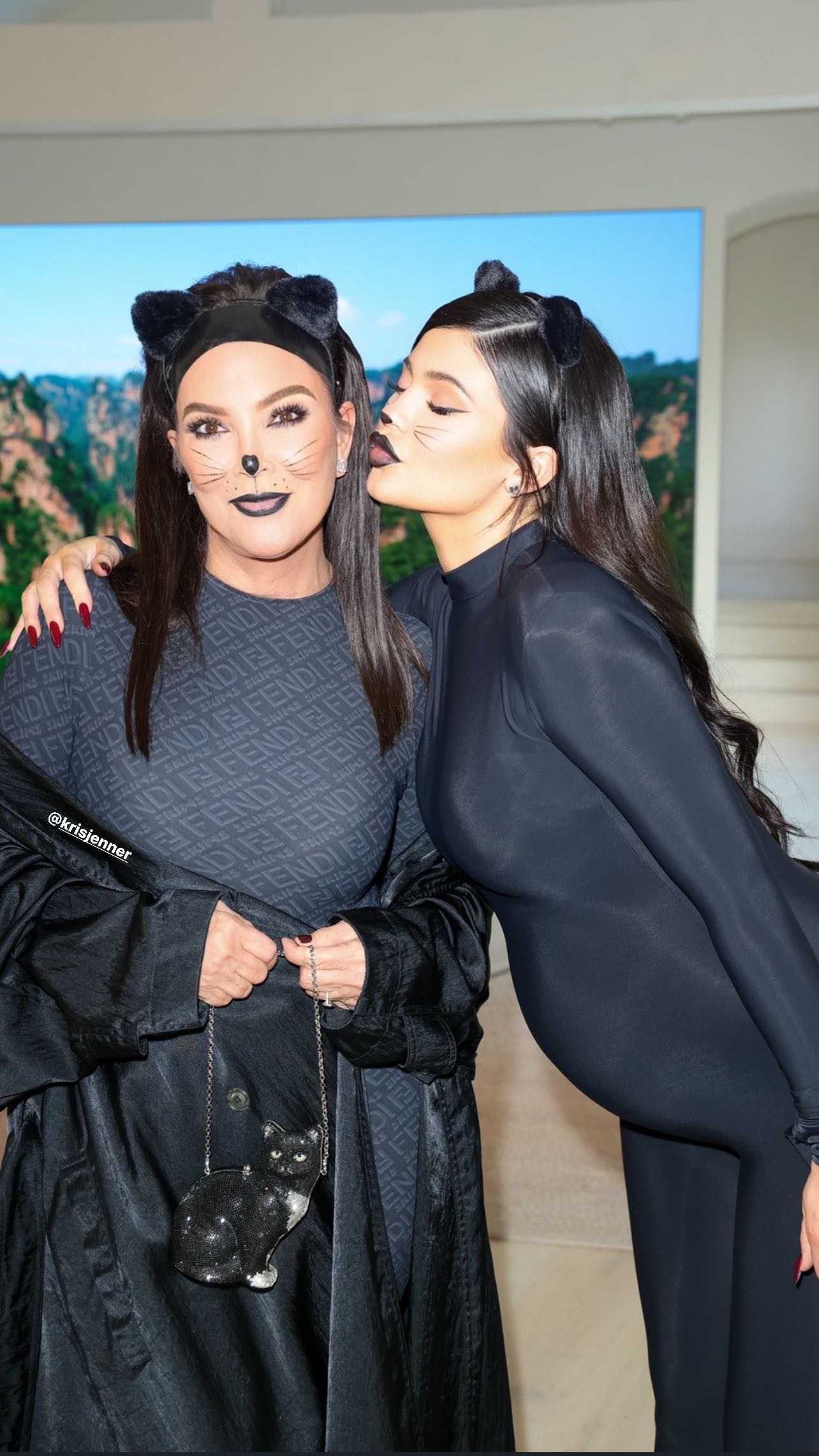 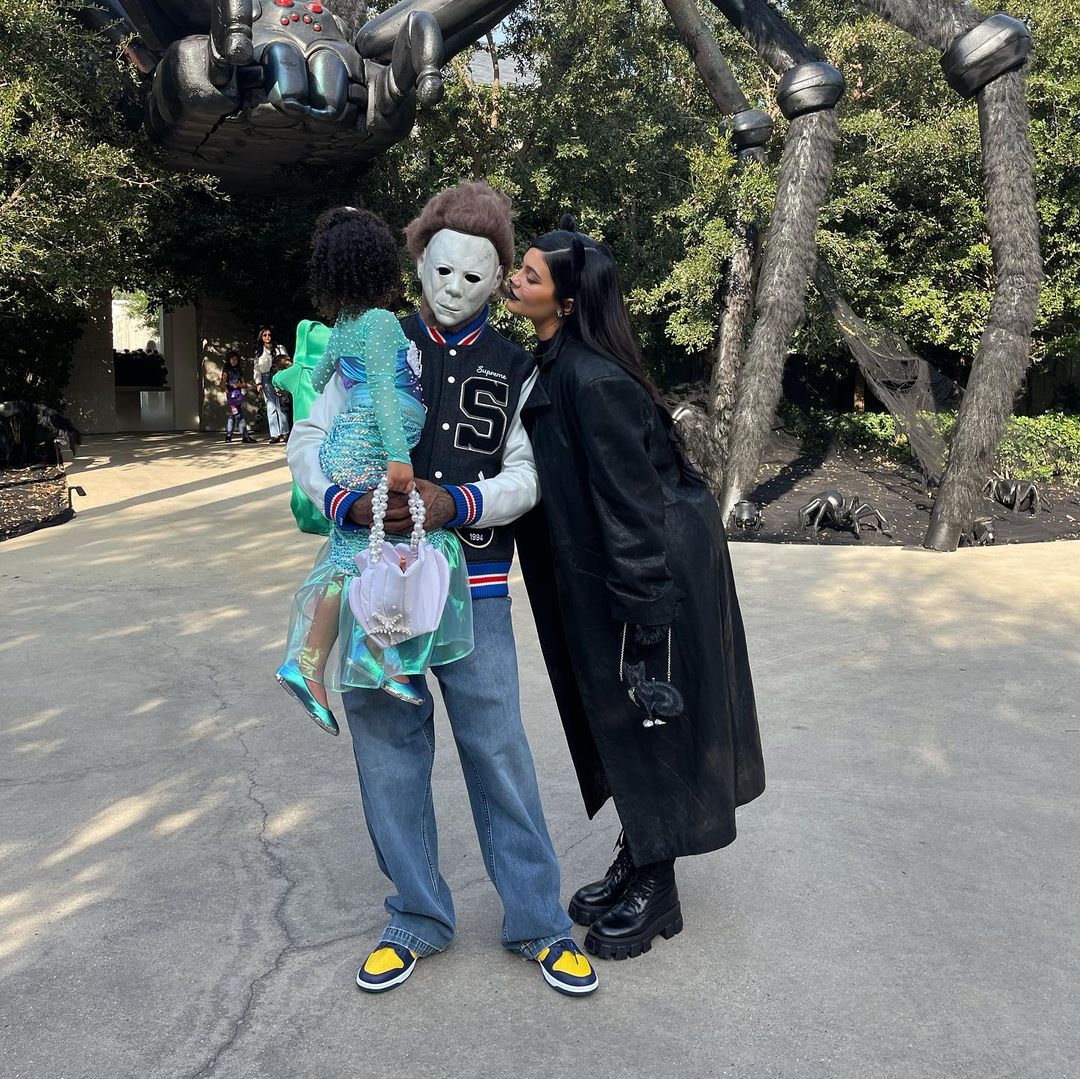 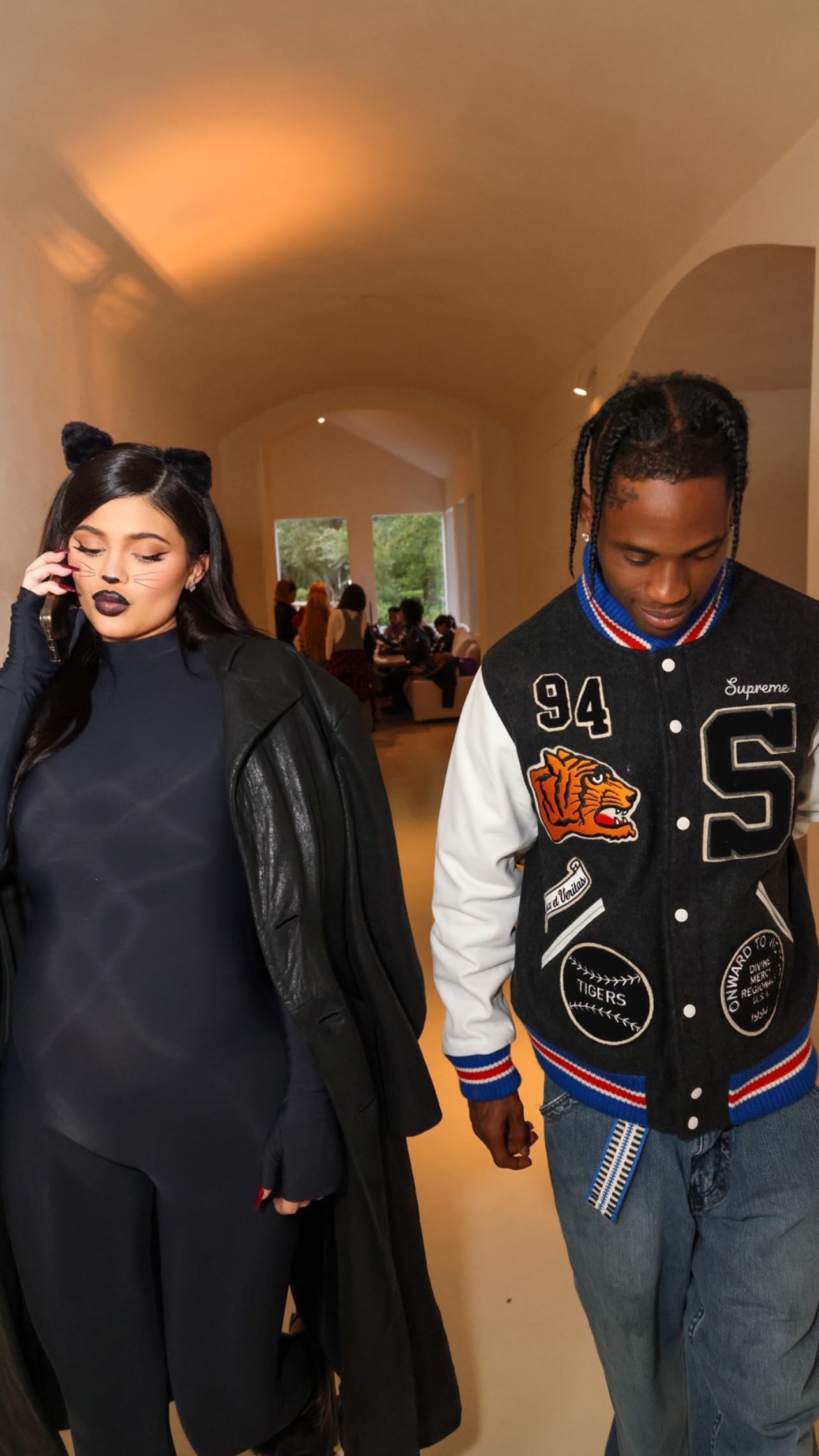 In the past, Kylie has pulled out all the stops for Halloween, dressing up as everything from a Power Ranger to a Barbie and Christina Aguilera in her Dirrty music video.

But the beauty mogul ditched the over-the-top outfits at the weekend, simply wearing a catsuit with combat boots and an oversized leather trench coat.

She painted whiskers and a snout on her face and added black lipstick and cat ears to the costume.

Travis, meanwhile, dressed up as Michael Myers from the Halloween franchise and Stormi emulated Ariel from the Little Mermaid with a seashell tiara.

Kylie shared sweet photos of them all together from their day out, as well as a snap of her twinning with mom Kris in matching cat costumes.

She captioned the shots: "In full mommy mode this halloween i hope everyone has a safe night."

Last month, the young mom revealed that she's pregnant with her second child with Travis.

As part of the pregnancy announcement, Kylie shared a video that included footage from a visit to the doctor for an ultrasound with Travis and Stormi.

Later in the clip, the couple surprised momager and family matriarch Kris Jenner with the exciting news by handing over a photo of the ultrasound.

"Are you pregnant?" Kris asked, before squealing: "Stormi, we're gonna have a baby! This is one of the happiest days of my life.

The Kylie Cosmetics founder has kept her baby's gender a secret, but KUWTK fans are convinced she has been dropping clues that she's having a boy.

She sparked speculation when she shared sweet photos of Stormi wrapped in a blue towel in the bath.

Earlier this week she shared a photo of a light blue car seat and wrote, "Baby blues".

Kylie has been sharing regular videos of her baby bump and proudly revealed she has "popped" in the last few weeks.

The TV personality has been candid about her pregnancy cravings, tucking into mac and cheese and cupcakes with Stormi.

And last week, she swaddled her legs in $1,200 compression and massage wraps to cope with cramps. 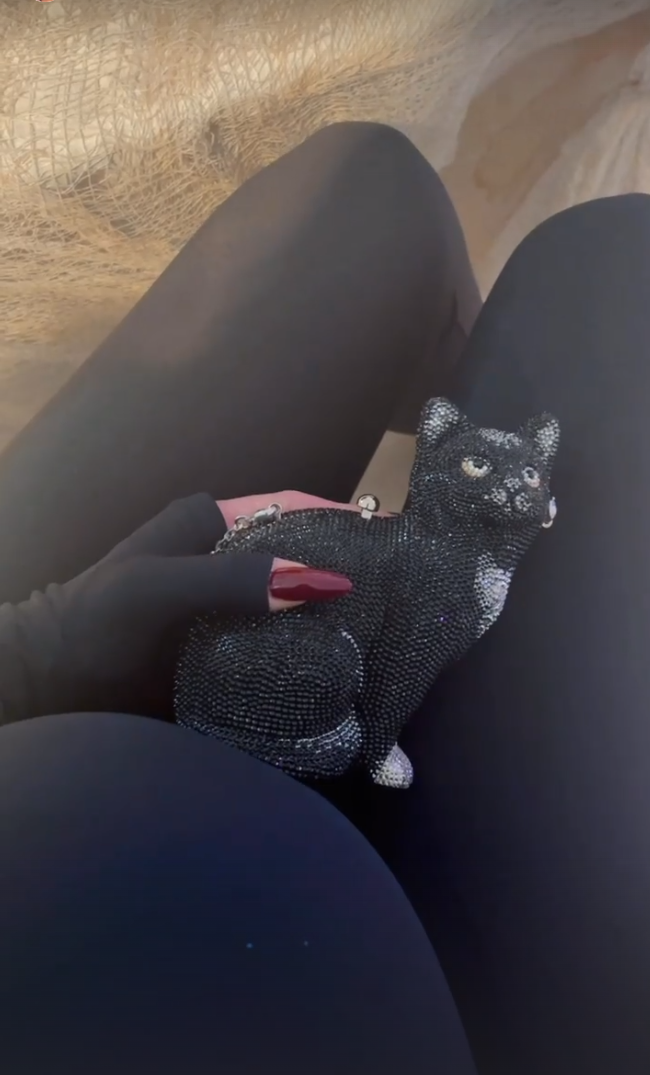 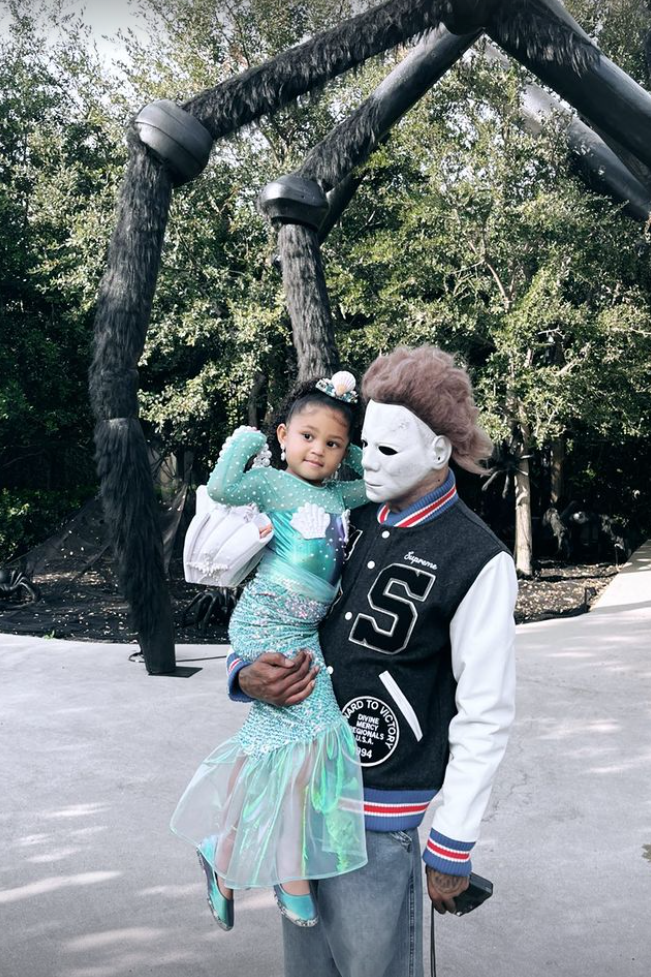 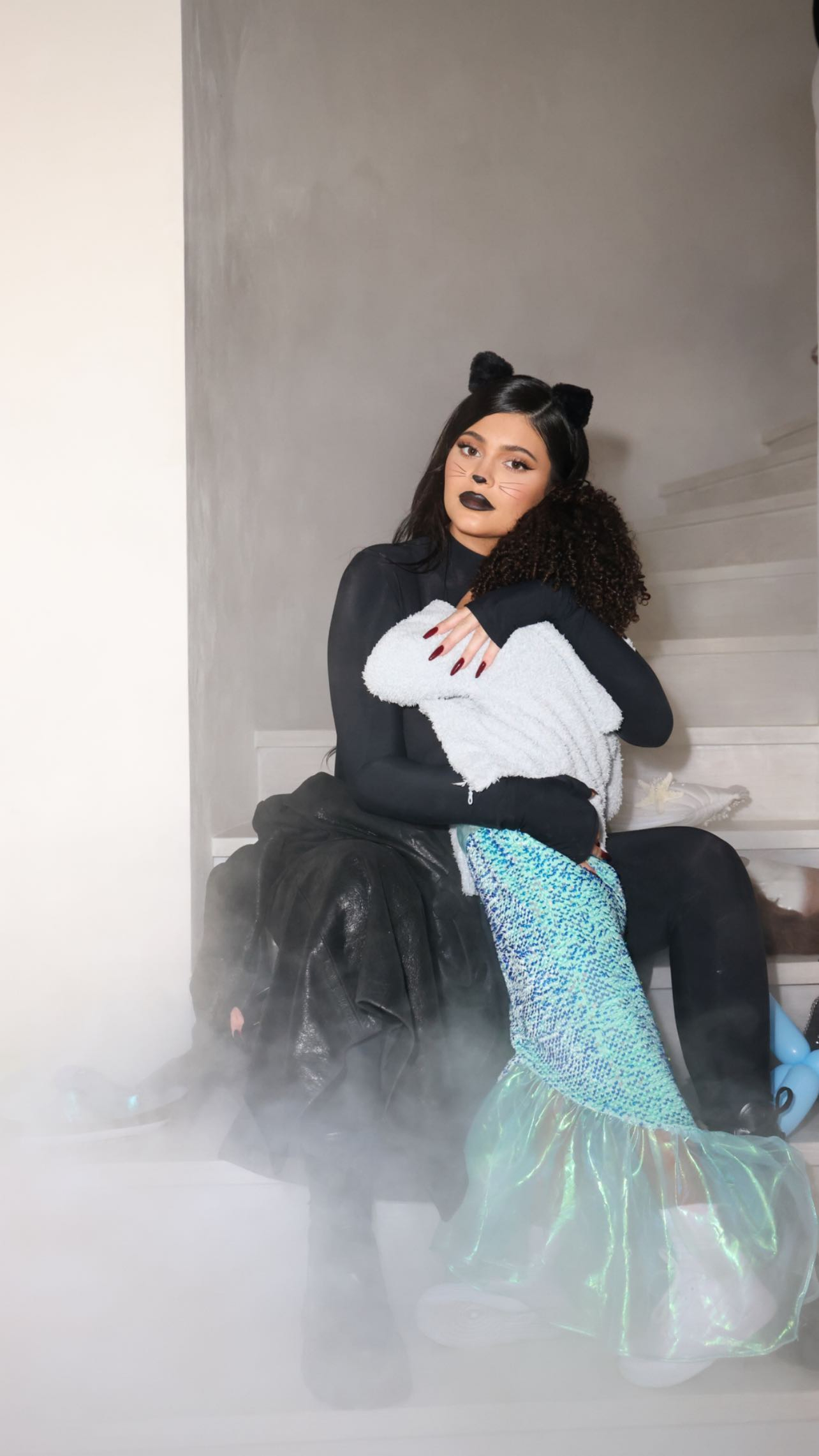