“My life is mad complicated.”

Mary J. Blige on Why It Was an ‘Honor’ to Portray Monet in ‘Power Book II: Ghost’

Mary J. Blige on Why It Was an ‘Honor’ to Portray Monet in ‘Power Book II: Ghost’

Tariq (Michael Rainey Jr.) is in for a world of hurt when Starz’s Power Book II: Ghost returns for the last five episodes of its freshman season on Sunday, Dec. 6, and in ET’s exclusive premiere of the midseason trailer, he’s racing against the clock with the unlikely partnership of ex-adversaries Davis Maclean (Method Man) and Cooper Saxe (Shane Johnson) hot on his heels.

“I’m taking Tariq down,” Saxe declares to Maclean, accelerating their plan to get Tasha (Naturi Naughton) out of prison and throwing Tariq in for Ghost’s murder. This, as Tariq gets even deeper into Monet’s (Mary J. Blige) inner circle and finds himself way in over his head.

Power grabs, alliances gone bad, secret affairs and betrayals abound in the dramatic 90-second trailer that ends with a standoff between Monet and Tariq: “This ain’t no negotiation. Do we have an understanding?” Watch the exclusive midseason trailer above.

“After a long year filled with so much uncertainty, we’re excited to give fans a much-needed escape back into the Power Universe this December,” creator and showrunner Courtney A. Kemp exclusively tells ET. “In the season 1 return of Power Book II: Ghost we’ll find Tariq under increasing pressure as his mother Tasha’s trial begins, his business interests with Monet get more complicated and familiar faces from the past resurface, demanding old debts be paid. The season races to a harrowing conclusion where Tariq is forced to make the ultimate choice for his family’s survival.”

“Power Book II: Ghost will steer us into all types of peril within the Power Universe, past and present,” executive producer Curtis “50 Cent” Jackson exclusively tells ET. “We’re about to transport fans back into the early 1990s through the prequel Power Book III: Raising Kanan, which we’re now filming in New York. Fans think they know everything about the ruthless character I played, Kanan Stark, but his earlier days are far more complex than anything you could ever imagine.”

Check out the exclusive first look at the new poster below. 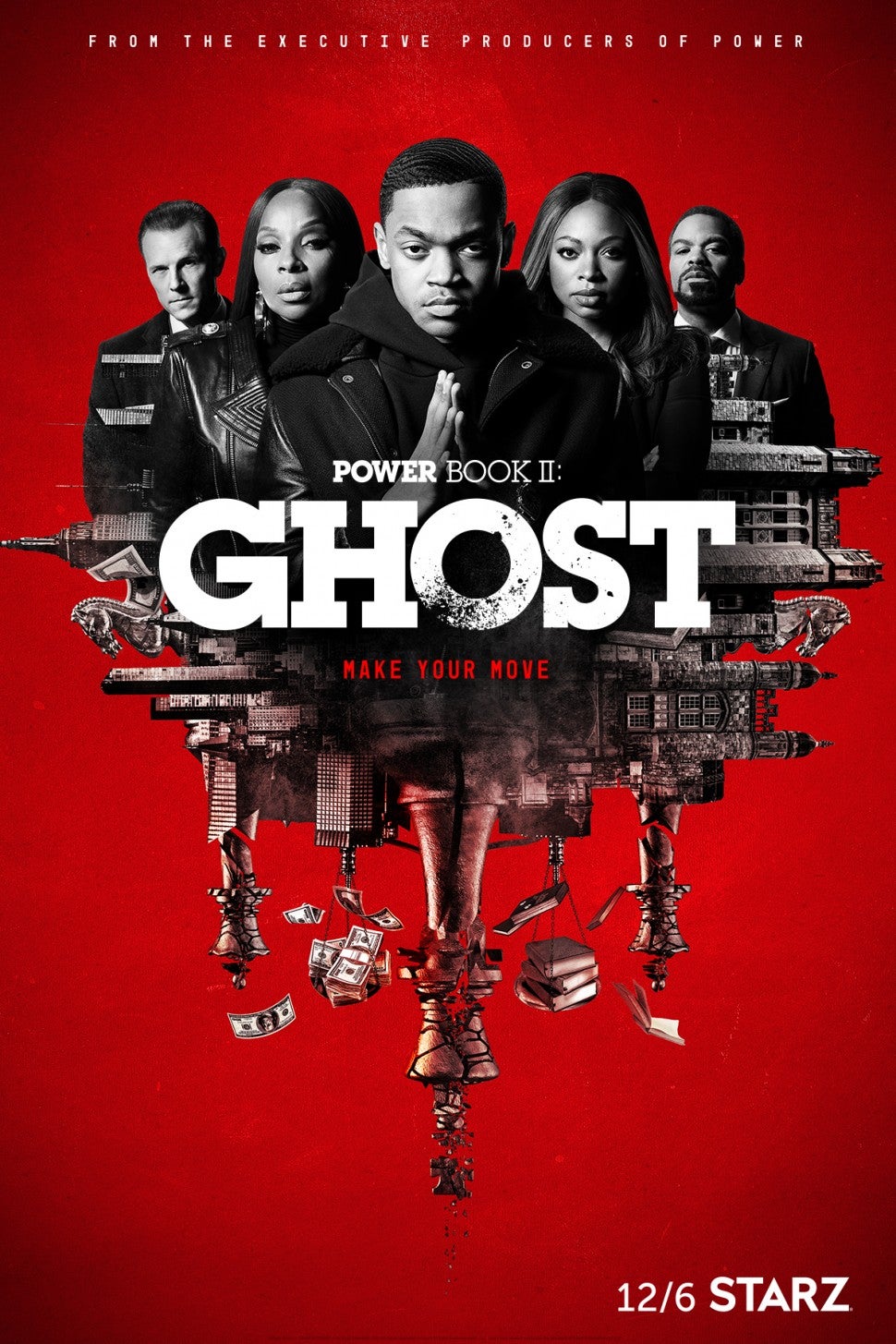