Piers Morgan took a moment out of his TalkTV show on Thursday to share his fond memories of actor James Caan, who has died at the age of 82. The news of the award-winning actor’s death was confirmed in a statement made by his family on social media.

The statement read: “It is with great sadness that we inform you of the passing of Jimmy on the evening of July 6.

“The family appreciates the outpouring of love and heartfelt condolences and asks that you continue to respect their privacy during this difficult time.”

Since the news was confirmed, tributes have poured in from James’ fans and former colleagues. 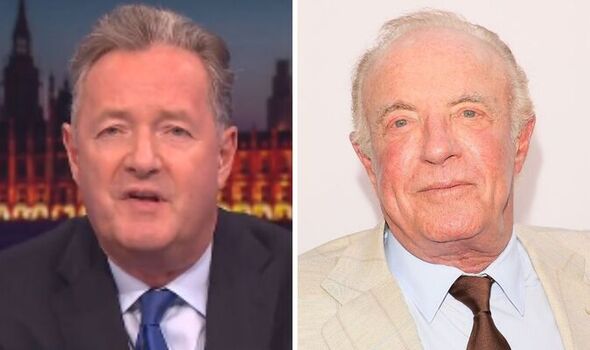 The former Good Morning Britain presenter also took a moment out of his Boris Johnson special to share his own memories of the actor.

“Some breaking news, nothing to do with politics but a sad day for Hollywood.

“James Caan the actor has died aged 82. His portrayal of course of Sonny Corleone in The Godfather… probably one of the greatest performances of modern times by any actor.

“Such ferocity and spirit…love that role, loved him.”