Home » TV and Movies » 'Percy Jackson': Why Fans Believe Disney Can Redeem the Series and Launch an Epic Franchise

News of the Disney+ Percy Jackson reboot is catching fire on the internet, and if there’s one person more excited than the fandom, it’s author Rick Riordan.

His first novel in the series hit shelves in 2005, launching a five-book collection and film franchise. Riordan did not like the movies, something that was revealed back in 2018. He was not alone, but Disney+ could change the game.

Though the cast was great and both films made money at the box office, film critics and diehard lovers of the novels largely panned the adaptations. But it seems like fans’ petitions were answered for Disney to take the reins.

With that wish granted and Riordan steering the ship, fans think this time, Percy Jackson can be redeemed. Social media is abuzz with excitement and ideas on why this revival will be different—in a good way. 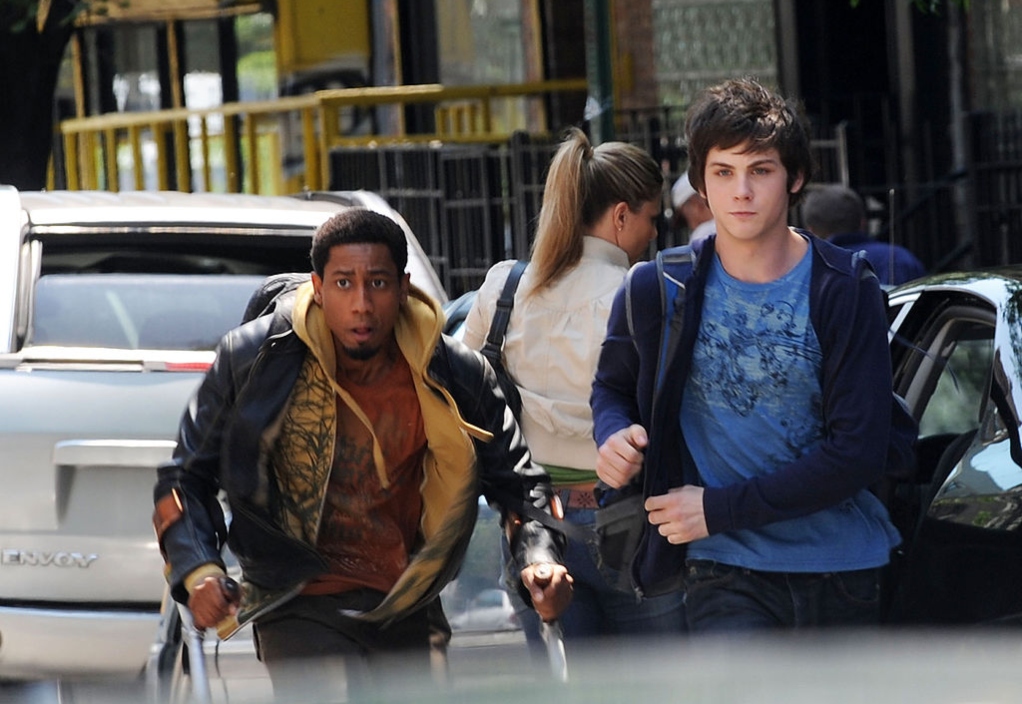 Disney has the resources

If The Mandalorian is any indication, Disney+ is not one to skimp on production. Disney is in a prime position to make Percy Jackson, the gods, and their magical world come to life.

Disney’s special effects and its ability to attract top talent can lead to some surprises in the cast and crew—including some faces from the films.

At one point, people thought the movies would follow in the steps of Harry Potter, and fans think this TV series could be a win. With Disney on the team, big dreams exist.

One Twitter user wrote, “Imagine, 7 years from now, Percy Jackson themed parks are opening, pjo twitter stan accounts are thriving and children are growing up with both the books and the tv series.”

The ‘Percy Jackson’ characters’ ages and plots will be accurate

One of the major complaints with the movies was that themain character was too old. The books start out with Percy being 12 and Riordanhas already assured fans the show will adhere to that aspect. There will bekids!

Percy’s journey throughout the five books is tied to thecoming-of-age theme, and fans agree Disney made the right move by involvingRiordan in this new incarnation.

Further, there will be no melding of plots from various books as was done with the films. It’s something that irked audiences who were familiar with the books, and readers are confident the TV series will take its time and align the story with what was in print.

RELATED: From ‘Lore Olympus,’ to ‘Red, White & Royal Blue,’ to ‘Percy Jackson, and More; These Book Adaptations Need to Happen

The gods have spinoff potential

Fans of the book series point out that there are stories within stories ripe for spinoffs or at the very least—special episodes. The gods have their own subplots and issues going on, which could create some interesting storylines that aren’t rushed for fumbled.

Additionally, there were pantheons in other Riordan books beyond the Greek gods that crossed over with the Percy Jackson universe, and fans hope some of them will pop up in the show.

Remember, Disney+ is the same giant behind WandaVision and a host of other upcoming Marvel television fare. It’s doable.

Nostalgia is kicking in for adults who read the Percy Jackson YA series as kids and the books continue to engage young readers. Disney knows this and will build on the affection and hype for the books—something that spans multiple generations.

If lightning strikes in the right spot with this show, look out for merchandise and a loyal fan base ready to support an entire Percy Jackson empire, courtesy of Disney.

RELATED: What Happened to ‘Perks of Being a Wallflower’ Actor Logan Lerman?