Home » TV and Movies » 'Parks and Recreation': This Fan-Favorite Couple Almost Never Got Together

Romantic chemistry in TV shows sometimes doesn’t blossom in the audition process until the actors start to interact in each episode. NBC’s now classic sitcom Parks and Recreation is one of the rare examples where a famous character romance evolved out of nothing, seemingly proving acting chemistry can sometimes be unexpected lightning in a bottle.

In this case, it was Chris Pratt and Aubrey Plaza playing Andy Dwyer and April Ludgate, respectively. While this romantic couple has become iconic in TV lore now, it’s been recently announced this wasn’t the show’s original intention.

It’s worth taking a minute to see why chemistry can be an unknown until actors start interacting with one another on a set. Perhaps this process will lead to more organic character romances in future sitcoms.

Chris Pratt wasn’t supposed to be a regular either 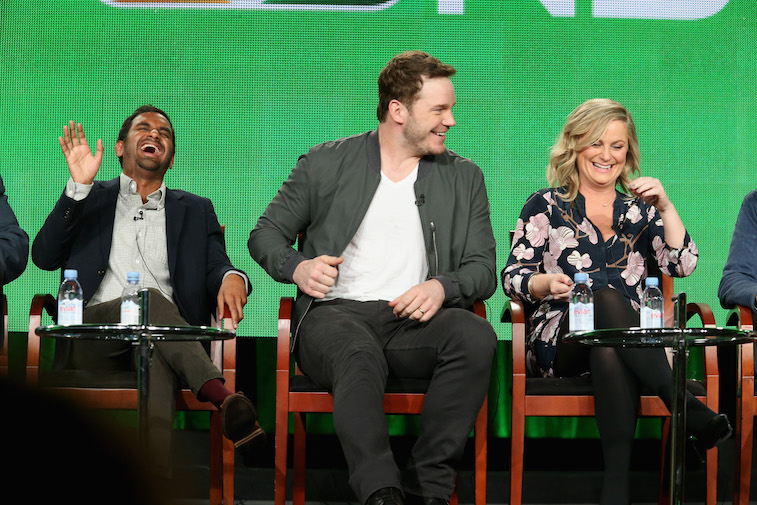 Go back to the first season of Parks and Recreation in 2009 and viewers will notice Chris Pratt’s Andy was only intended to be a brief character. He would have been history after the first season had Pratt not have won over the producers with his personality.

Originally Ann Perkins’ boyfriend, there was a spark ignited when Andy started hanging out with Plaza’s April. Showrunners Greg Daniels and Michael Schur put the two together in one episode during the first season and unexpected magic happened.

It’s kind of strange there wasn’t any thought about placing Andy and April together during the audition process. Apparently Pratt and Plaza didn’t really hang out together during the casting process since their characters were basically in their own orbits.

Not until the two started interacting during the filming of the show was it realized these two characters had electric chemistry destined toward marriage.

Once they got together, it arguably became one of the greatest TV romances

Sure, a lot of great romances from TV sitcoms and dramas were usually by design from the beginning. Sometimes it meant dragging out the sexual chemistry for years until two characters finally got together.

In some of those cases, it meant sleeping with one another and breaking all the fireworks they had before. Audiences would occasionally give up on a show once this occurred since it was the only thing keeping them tuned in.

Fortunately, for Parks and Rec, the often offbeat romance between Andy and April was worth watching rather than feeling like all the air was let out of the balloon. Seeing them grow closer and closer through each season ultimately became one of the central aspects of the show making it a near classic.

Nobody should deny Plaza and Pratt’s singular talents helped shape these characters to what they were. No wonder both of them have gone on to near superstar status. Not that many fans probably wouldn’t want an Andy and April follow-up.

Will other sitcoms let character romances occur by accident?

Just like real love, nobody knows when something magical occurs unexpectedly on a show between (or among) characters. Once in a while, this means the actors falling in love without their own characters demonstrating it on a show.

Suddenly discovering chemistry between two characters not originally intended to be together romantically is already a rare situation. Nevertheless, Parks and Rec might have set a new precedent for what’s possible on a sitcom in finding people meant to be together.

Producers of today’s sitcom hits might take the same path to find fictional love on an organic level so it’s more believable. There is such a thing as being more realistic in TV romances rather than forcing something audiences might not find appealing.

Such a thing might not hold if there’s ever an Andy/April follow-up and audiences discover they didn’t stay together after what seemed like a dream marriage/family life.