Frank Cosgrove Jr (played by Joseph Sikora) made quite the impact when he was introduced to Ozark fans at the beginning of season three. The obnoxious, violent and power-hungry son of the Kansas City Mob’s leader, Frank Jr arrived in the Ozarks expecting the red carpet to be pulled out but got quite the opposite. Netflix viewers witnessed Frank Jr’s behaviour come back to haunt him through the sociopathic Darlene Snell (Lisa Emery), setting up a tantalising rivalry should season four be given the green light.

Darlene is no stranger to taking drastic measures into her own hands in Ozarks and Frank Jr became her latest casualty in the season three finale.

Prior to his encounter with Darlene, Frank Jr had proved himself to be an unreliable and short-tempered thorn in the side of Marty (Jason Bateman), Wendy (Laura Linney) and Helen Pierce’s (Janet McTeer) money-laundering operation.

However, he took it one step too far by beating Marty’s “untouchable” protege and casino manager Ruth Langmore (Julia Garner) within an inch of her life.

Convinced she played a part in an ambush with saw a handful of Frank Jr’s men die, he took his anger out on her in a bloody and brutal attack. 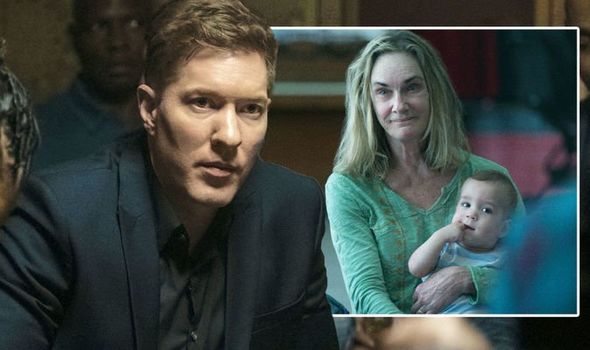 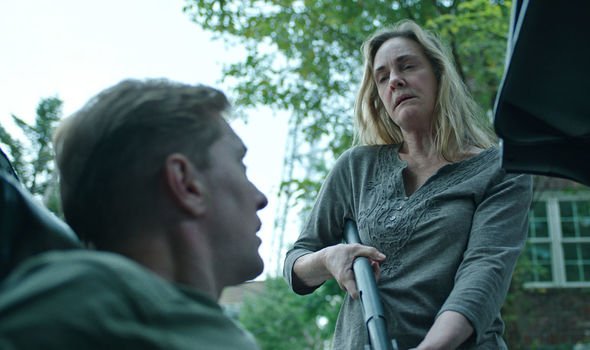 Left hospitalised by the ordeal, Ruth had one thing on her mind: revenge.

However, she was far from satisfied with Marty and Wendy’s resolution which was to simply cut ties with the KC mob.

Enter Darlene, who spotted how traumatised Ruth was following the attack as well as being keen to snap up the opportunity to get one over on the Byrdes by turning Ruth against them.

Having a way-in with the young Langmore through her romance with her cousin Wyatt (Charlie Tahan), Darlene decided to step up to the plate and protect Ruth. 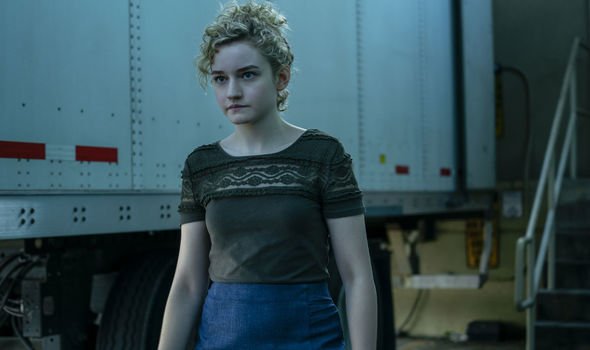 Armed with a shotgun, Darlene tracked down Frank Jr and after forcing an apology from him, decided to unload a bullet into his private parts.

Never one to shy away from her actions, Darlene came clean to KC Mob leader Frank Sr (John Bedford Lloyd) but instead of sparking a war, told him “what’s fair is fair” and offered him a business opportunity – again, another one-up on the Byrdes.

Going into season four, therefore, it’d appear Darlene, the Langmores and the KC Mob are going to prove a formidable force against the Byrdes and the Navarro Cartel.

However, there are several clues to suggest it will all come to a head thanks to Frank Jr. 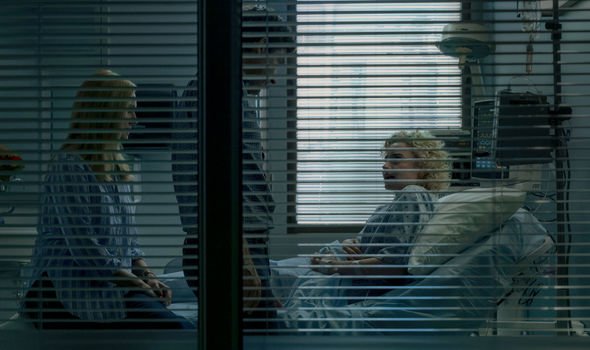 There are several factors to the theory but the first and arguably most notable is Frank Jr’s relationship with his father.

Marty made it clear to Frank Sr that Ruth was “untouchable”, a point Frank Sr will have relayed to his son.

However, he showed no signs of listening when he decided to brutally ambush her and beat her close to death – what would make him listen to his father now he’s had his never-region blown off?

Netflix viewers saw just how much he snapped when his friends were killed.

A shotgun wound to the privates is bound to leave him equally if not more distraught – would he really have the wherewithal to put that to one side?

Thirdly, just because his father’s in business with someone hasn’t stopped him acting erratically before as mentioned earlier.

It’s highly likely he’ll see his father’s alliance with Darlene as a betrayal and take matters into his own hands by killing Darlene for what she’s done to him.

Ozark seasons 1-3 are available to stream on Netflix now.