Outlander: Behind the scenes of Wentworth Prison

Sophie Skelton stars as Brianna Fraser on Starz’s acclaimed romantic drama Outlander. The actress joined co-star Catriona Balfe for a fan Q&A where she opened up about a near-disastrous accident on set.

Outlander follows the adventures of Claire Fraser (played by Caitriona Balfe) after she accidentally time travelled from 1945 to 1743.

Throughout her complicated journey, she encounters love and war after she decided to stay in the past.

Claire was eventually reunited with her daughter Brianna (Sophie Skelton) in season four who travelled to the past after initially deciding to stay to finish university.

As fans eagerly await the release of season seven to see the Frasers back on screens, the co-stars had a brief reunion on Instagram. 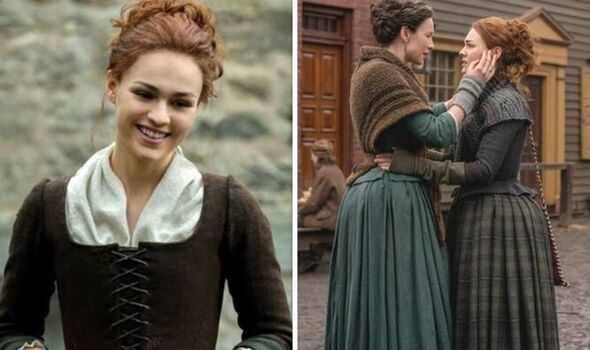 Sophie joined Catriona for an Instagram live Q&A, where the two reflected on filming season six.

As they answered questions from viewers, Sophie opened up about an incident with fire which could have turned serious.

During their conversation, Sophie labelled Caitriona and Jamie Fraser star Sam Heughan as the two who laugh the most on set and then set off the rest of the cast.

“I think there was a dinner table scene early on,” Caitriona reflected but as the star struggled to get her words out, Sophie chimed: “The matches right?” 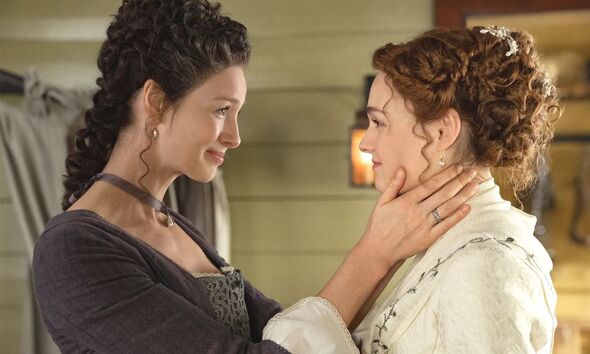 After Caitriona confirmed, Sophie revealed: “I nearly set myself on fire.

As the pair laughed, Caitriona responded: “That was a funny day, I’m sure some of that will make it in the bloopers.”

Sophie continued: “It’s when we’re all together isn’t it? It’s a really bad recipe for giggle-fest disasters.”

Catriona laughed: “We get very naughty, we’re like naughty school children and usually whoever’s first in tries to wrangle us and tell us to behave, it’s very childish.”

Usually, after a season has wrapped up Outlander will release a gag reel of the behind-the-scenes bloopers.

Before it is eventually uploaded on Starz’s official YouTube page, the show will include the clips on the Blu-ray and in the collector’s edition copy.

This will as also be the case for season six when the DVD will be on shelves later this month.

As well as hilarious bloopers, fans will also get to see the eight deleted scenes which didn’t make the final cut.

Although season six was an action-packed instalment filled with drama for each character, there were only eight episodes.

Thankfully for fans, the cast is expected to return to screens in 2023 with season seven, after it was confirmed production had begun.

Sophie, Caitriona, Sam and Roger Mackenzie star Richard Rankin were all pictured on set in a photo shared by Outlander’s official Twitter account.

Outlander seasons 1-6 are available on Starz in the US and on Starzplay in the UK.