Outlander season six is due to air on Starz in 2022 and in the meantime, fans are keen to find out more about the characters and their true identities. Master Raymond (played by Dominique Pinon) is a time travel master in the series. Fans are wondering whether he is actually Hippocrates – the Greek physician.

Master Raymond is one of the more mysterious characters in the series and he met Claire Fraser (Caitriona Balfe) in Paris during the year 1744.

Not much is known about the history of the prehistoric time traveller, but he is believed to have a connection to both Claire and Geillis Duncan (Lotte Verbeek).

Around the year 1724, he was living in Geneva as a physician and he disappeared at the same time as du Carrefours was flagged by the French authorities.

He appeared in the second season of the series and fans are still trying to determine who he is and where he came from.

Reddit users have suggested he could be the famous Greek physician, Hippocrates, and they have discussed their reasoning behind the theory. 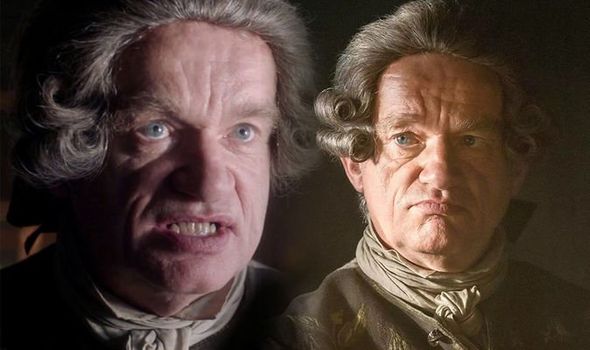 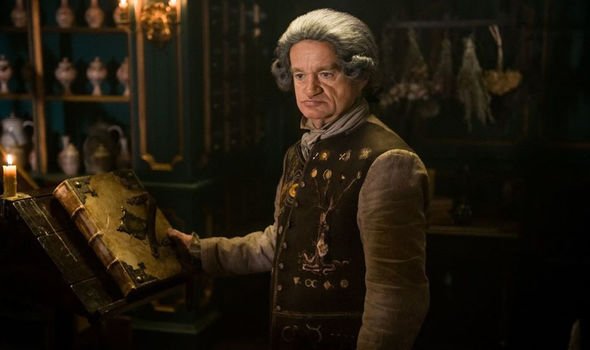 One fan said: “So I’ve seen in this sub that Diana has confirmed on her blog that Master Raymond is the original time traveller and from the era around 400 BC.

“But… Guess who is also from that era? Hippocrates. Also known as the father of modern medicine.

“What if Master Raymond is Hippocrates– or at the very least modelled off of him. If he were Hippocrates, it would explain his affiliation for medicinal herbs and medicines and his knowledge of Claire’s ailment after the birth of Faith, and how to treat it.

“Conversely, if Hippocrates had the powers of Master Raymond, it would explain Hippocrates’ practice in medicine, knowledge of medicinal herbs, and passion for healing.

“Admittedly without knowing overmuch about Master Raymond, I headcanon that he is Hippocrates, and is jumping around through time and bringing back the knowledge that he finds from future eras of medicine that will be the building blocks of medicinal science to his own time (400 BC), while also practising in medicine in different eras in hard-hit locations of disease or injury.” 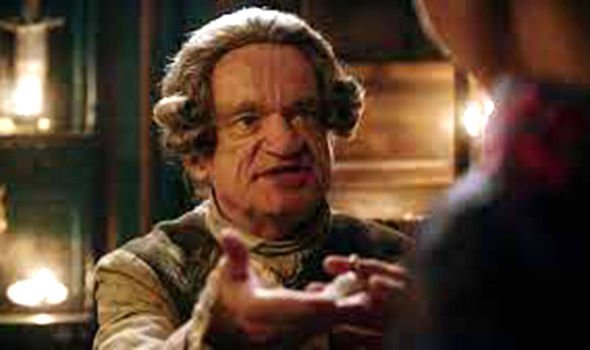 Plenty of fans have jumped on the theory, with one recalling how Diana Gabaldon referred to Master Raymond as “ancient”.

Another fan added: “I really think you’re onto something, since the Hippocratic oath is so important to Claire’s character even when it gets her in trouble.

“After you read the books, don’t forget to check out the novella The Space Between which has a storyline involving Master Raymond.

“Chronologically, this novella comes after Written in my Own Heart’s Blood (Book 8). Thanks for sharing this!”

Raymond was one of the fan-favourite characters from the books written by Gabaldon. 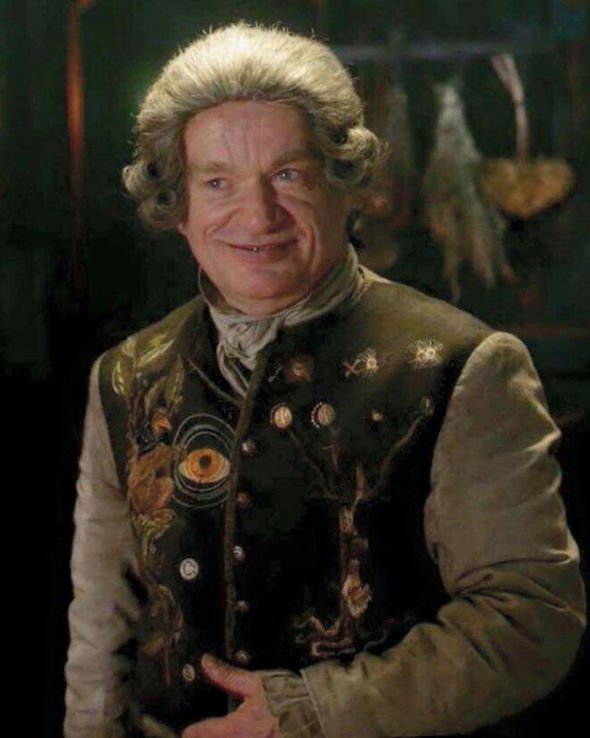 Viewers have continued to support the theory that he could have been based on the renowned physician.

Another fan said: “Yes! I would think that if a person such as Master Raymond existed during the time of the Revolution of Medicine, he would HAVE to at least visit, right?

“Like, it can be acknowledged that base-lore Master Raymond most likely visited Greece, anyway, right? I didn’t know there were legends that Hippocrates lived so long! Now I feel vindicated LOL.” [Sic]

Hippocrates was referred to as the “Father of Medicine” as he made such crucial contributions to his field of work.

Historians agree that Hippocrates was born around the year 460 BC, around the same time as Master Raymond.

Speaking of the theory, one fan said: “If DG hasn’t thought of this yet I hope this is how she writes him! Excellent theory!”

Another added: “I really like this idea. He is the most interesting character to me and I look forward to DG future books regarding him.”

A third added: “This would be awesome! I love this theory! And would make the conversation they have about the Hippocratic Oath in Book 2 an excellent Easter egg.”

One viewer expanded on the suggestion, adding that he is “Hippocrates-adjacent”.

Outlander season 6 should air on Starz in 2022.