Claire (played by Caitriona Balfe) has set up a surgery on Fraser’s Ridge in Outlander and there’s a steady stream of people who need her help. However, after posing as Dr Rawlings in the local paper to offer health advice to young women she was kidnapped and attacked by Lionel Brown (Ned Dennehy) as the men of North Carolina were not happy with her interference. With more people questioning her medical knowledge, could Claire be forced to travel back through the stones in order to protect herself?

Claire and husband Jamie Fraser (Sam Heughan) have always done what they could to keep themselves and their family safe but it’s getting more difficult as the Revolutionary War approaches.

If Claire is forced to use her medical skills more often, she could find herself in even more danger than when Lionel came after her.

Could Jamie be forced to bid farewell to his wife once more as she leaves him behind and goes back through the stones?

Speaking about Claire’s background as surgeon and how it could affect her future, actress Caitriona remarked: “It’s one of the elements that I do find really fascinating. 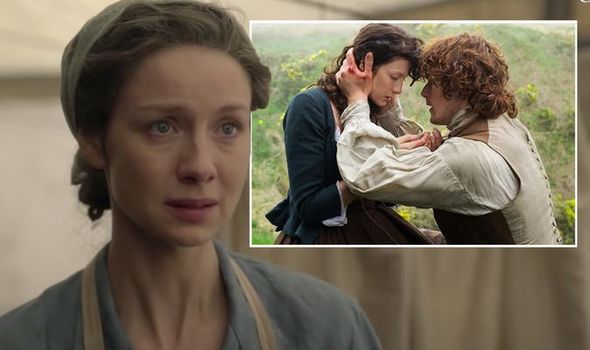 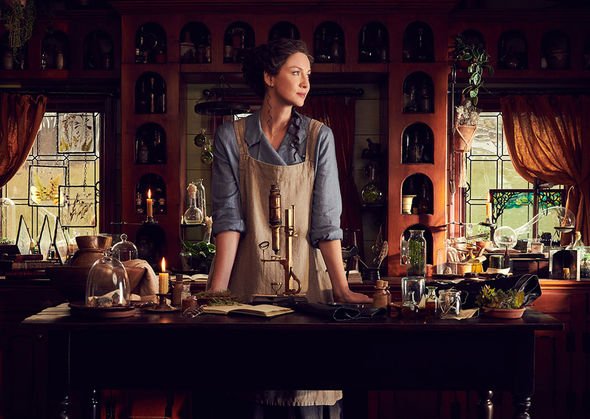 “I mean, it’s amazing what they have on YouTube and how many different procedures you can watch.

“I remember when we did Jenny’s breach birth in season one, I fell down a YouTube hole watching all of these breach births and people turning babies inside the stomach.

“It’s really fascinating and I really love that this season we got to see Claire really invest all of that time again into her role as a healer and a doctor and surgeon.”

The star added in a Q&A with Deadline: “Her sort of fight to first of all rediscover or reinvent penicillin I suppose. 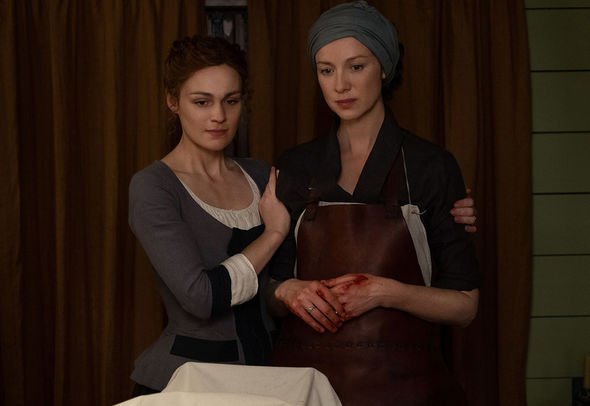 “It’s fascinating and something that’s an interesting element of our show where you have this person who has all this foreknowledge of all this medical procedures from the future and gets to implement them but has to constantly battle with how much she can show her hand because it’s also sort of dangerous and as we see at the end of the season, it really costs her.

“But it’s an element of the show I really enjoy.”

However, there is another alternative to Claire going back through the stones to the 20th Century – the couple could head back to Scotland.

Producer Matthew B Roberts, who was also part of the Q&A explained he would like to see the couple back where they started.

Scotland was where Jamie and Claire first met each other and where the story of Outlander began.

Speaking of what he would do if he ditched the Diana Gabaldon novels the series is based on, Matthew noted he’d take them away from North America.

At first he joked about sending them to Hawaii before settling on Scotland.

He remarked: “I think now being serious, to throw out the book, given the state of the world I would probably have them go back to Scotland and have them do something in Scotland.

“That’s where we film and where we are able to control the world there a little better.

“I know we are all dying to get back to work.”

Sam Heughan, who stars as Jamie, added: “We all miss Scotland and the character of Scotland, it would be nice to visit some previous season stuff.”