The latest instalment of the Starz series saw Jamie Fraser (played by Sam Heughan) bitten by a snake and almost die due to its venom. As he feared his end was close, Jamie begged Roger MacKenzie (Richard Rankin) to promise he would kill Stephen Bonnet (Ed Speelers) if he was killed. Roger was reluctant but by the end of the episode, they’d agreed they would do it together.

In the trailer for episode 10, Mercy Shall Follow Me, the family prepare to track down Bonnet and kill him.

Roger asks Jamie to teach him how to fight, explaining: “I’ve never killed a man or fought in battle.

“I’m no marksman and a only half-decent swordsman, but he’s mine. I will take him.”

It seems Bonnet is aware the Frasers and MacKenzie’s are out to get him as the teaser shows him remarking: “Darkness closes in.” 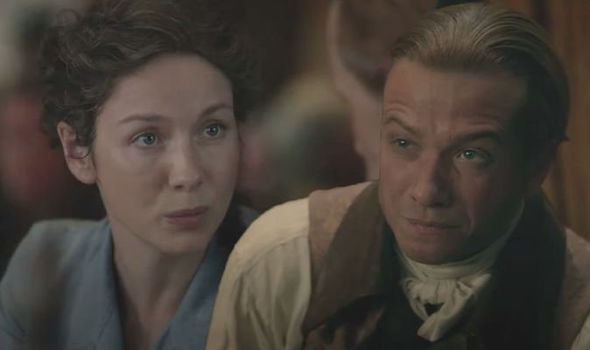 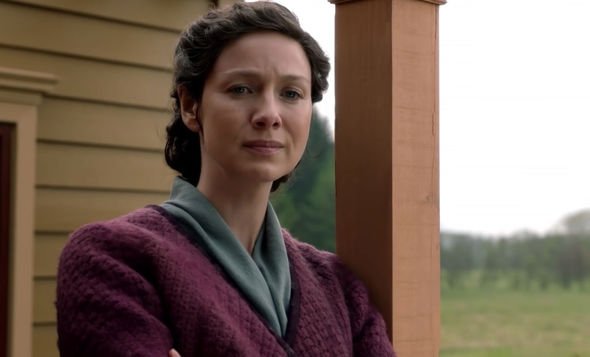 Roger and Jamie get to work on preparing to take down Bonnet alongside Young Ian (John Bell) and Fergus (César Domboy).

It seems Jamie will be impressed by Roger’s progress but ultimately things won’t go well as Brianna (Sophie Skelton) can be seen breaking down in tears in an extravagant ball gown while Claire (Caitriona Balfe) calls out in terror.

The mother and daughter are at a beach and Claire can be seen assessing something in the sand but what she doesn’t know is someone is watching her. 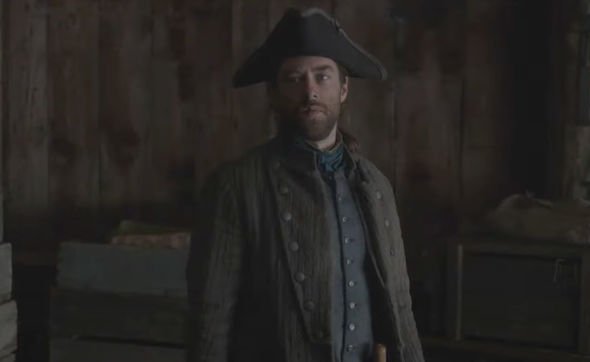 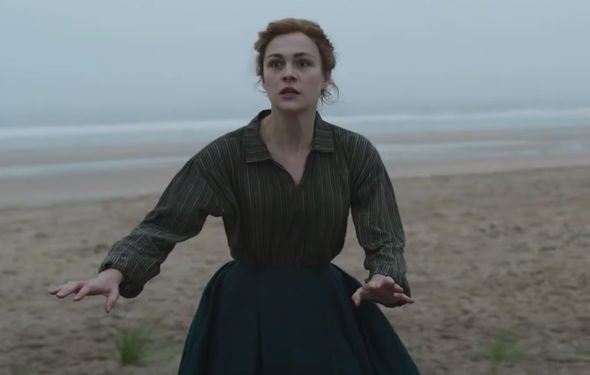 A black boot, which could certainly be Bonnet’s, stamps down on the sand as Claire can be seen in the distance.

She can later be seen spinning around in shock before a look of pure terror spreads across her face.

Meanwhile, Brianna, who can’t be too far away, is also left horrified when she realises the position her mother is in.

It’s not known if Brianna will run or why Claire is telling her to rush off but it can only mean one thing – danger is close by.

Could Claire be attacked by Bonnet as he returns to seek vengeance on the Frasers and MacKenzies for trying to make his life difficult or plotting to kill them?

Bonnet has already attacked Claire before – in season four when she arrived in North Carolina with Jamie – and he was ruthless then.

Knowing how furious Jamie is about him raping Brianna, could Bonnet turn his attention to Claire to taunt the highlander?

Meanwhile, fans were thoroughly entertained by episode nine, with many praising how many scenes they got with beloved characters.

One fan wrote: “Great episode! It was so lovely getting to see interactions with all of the characters, especially Fergus since he hasn’t been featured much this season! And even a bit bigger Adso made an appearance.”

While another added: “This was my favourite episode this season by far.

“Everyone has a scene! We got my Marsali fix in, we got more than one Fergus scene! Jamie/Roger bonding! Young Ian stealing the scene! Even Lizzie making a more than 20 second appearance. My much anticipated Bree fang needle scene which was one glorious episode instead of a quick moment. You get a scene! And you get a scene!

“And some beautiful Claire/Jamie moments. Fabulous acting on everyone’s parts.”

Outlander season 5 continues Sunday on Starz in the US and Monday on Amazon Prime in the UK.