Brianna (played by Sophie Skelton) begged Lord John Grey (David Berry) to take her into town to confront Stephen Bonnet (Ed Speelers) when she learned he had been captured. In the penultimate episode of Outlander season four, she was seen revealing her pregnancy to the pirate before mocking him over the fact he would never see his child grow up.

Bonnet was stunned by the revelation that he was set to be a father – however, fans know it’s not certain if young Jemmy is Bonnet’s or Roger MacKenzie’s (Richard Rankin) son.

But as Brianna made her way to the jailhouse, her clothing changed on a number of occasions, highlighting an inconsistency with the storyline.

As Lord John’s carriage pulls off from River Run, Brianna is not seen wearing a cape.

However, when they get to the jail house, she can be seen in a black cape with a baby blue hood. 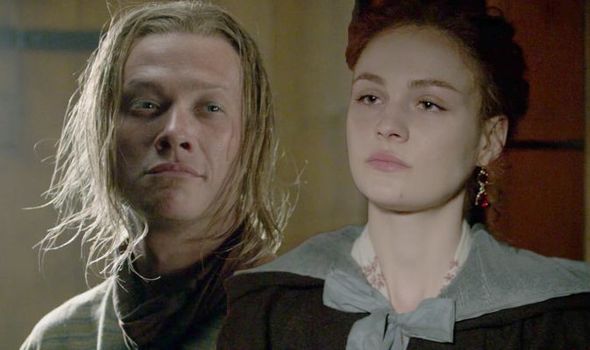 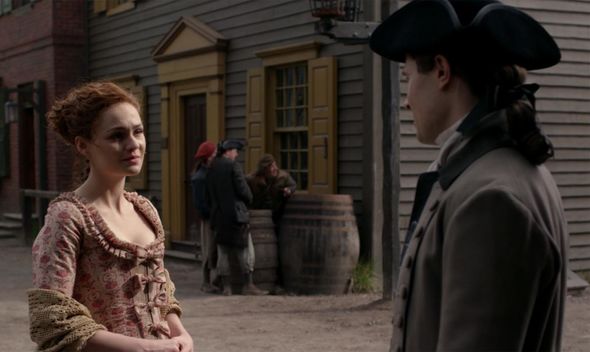 Brianna is also pictured wearing this as she confronts her rapist before rushing out when she hears of trouble in town.

But where did Brianna’s beautiful caped hood come from?

Since she did not have it with her when she left River Run to join Lord John in town, it’s a mystery where it came from.

This is just one of many inconsistencies in the Starz series with fans regularly pointing out blunders and plot holes. 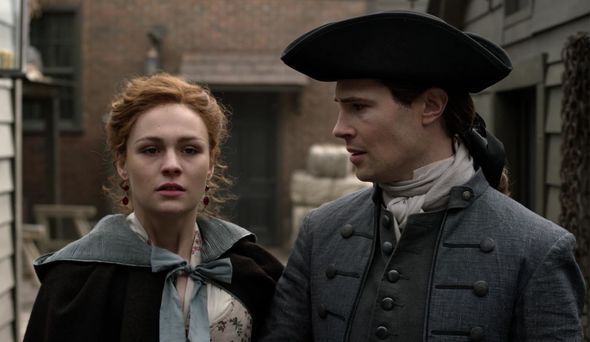 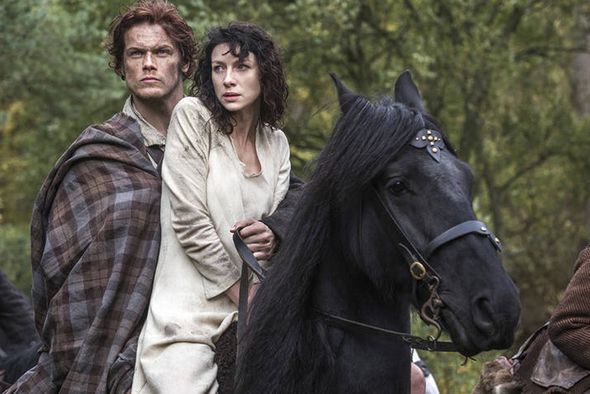 Another wardrobe blunder came in the very first episode of Outlander when Claire Fraser (Caitriona Balfe) travels back in time.

One morning, Claire is seen driving up to Craigh Na Dun to look at the stones when she hears a buzzing and is thrown back into 18th Century Scotland.

When Claire is at the stones, she is seen in a white shift dress that is cinched in at the waist by a belt.

The dress is tight and held together at her chest with a small pearl button but when she travels back in time, her outfit changes.

Running away from English soldiers, the belt and button appear to have disappeared and the dress resembles a loose-fitting shift instead.

Fans can see in images from the pilot episode that Claire’s dress is completely different when she finally meets Jamie Fraser (Sam Heughan) compared to when she set off in Inverness earlier in the morning.

There could of course be a simple reason for this – a looser dress would be much easier for actress Caitriona to run in.

Bosses may have also wanted to show how much Claire has been through when she meets Jamie – her dress certainly looks much more distressed and ruined by the time Jamie and his group get her to Castle Leoch.

Costumes play a big role in the series so it’s not surprising these small errors have been picked up by fans of the show.

Most recently, viewers got to see what Jamie would look like if he was alive in the 20th Century.

During Claire’s dream sequence in the season five finale, he can be seen in loose-fitting shirt but instead of his kilt, he’s wearing blue tailored trouser.

Of course, his tartan isn’t far away as he wraps Claire up in it as he tries to comfort her later in the dream sequence.