Home » TV and Movies » Our Yorkshire Farm: Clive Owen details ‘worries’ for eldest Raven Have to be careful!

Our Yorkshire Farm has treated fans to a special episode that contains unseen footage of the popular Channel 5 reality show. In it, Clive and Amanda Owen’s eldest daughter, Raven, speaks about what it is like to have eight other siblings, her determination for more independence and her plans for the future. But dad Clive has some reservations about his firstborn gaining more skills that make her into an adult.

During one scene which was filmed back in December 2017, Raven revealed she was keen to learn how to drive, but farmer Clive had some concerns about this step towards independence.

He told the cameras: “She’s driven tractors before, she’s driven to the end of the road a few times.

“But what I’d be most nervous about is when she gets comfortable with the traffic.

“Around here, she’s driven on empty roads and so when she begins to get into traffic, we will have to be careful, but she’s not far off.” 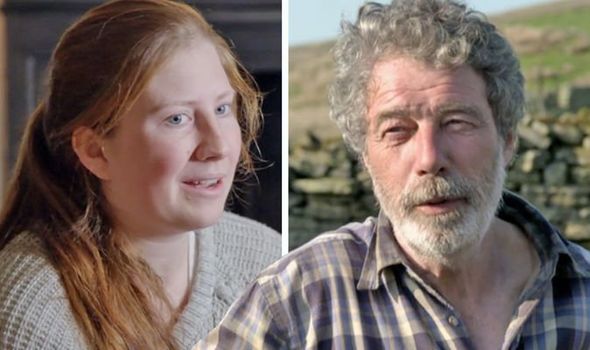 The two then hopped into his pickup for a driving lesson and it wasn’t long before Raven had to navigate a unique set of obstacles.

“Hit the sheep or not hit the sheep?” She joked with her father and he commented: “Take the sheep out! Plenty more of where they came from.”

She then spoke about the different challenges the farm brings to inner-city roads.

“I’ve been learning to drive on these roads, so if they [the driving examiner] give me a random thing and I’ve never heard of it and most of my friends have,” she said.

“I was like ‘what’s a box junction’ and they were like ‘don’t you know what they are?’ ‘No, I’ve never even seen on in my entire life.’” 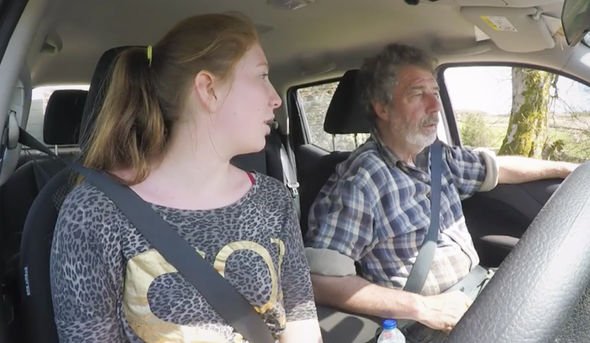 Clive wanted Raven to nail an important element she might be asked on her test: “We’re going to try a hill start, because when you live in the hills you need to be able to start on them. It’s dead easy.”

“Is it though?” She replied nervously and he encouraged: “Let’s do it, come on, first gear.”

“You need to keep the old brain in gear,” he advised. “Handbrake off… perfect hill start! That’s a job well done, you’ve done really well there, I’m quite impressed and no dints in my pickup.”

Elsewhere in the episode, Raven spoke about being the eldest of nine children and what life was like for a teenager living on a farm.

“Worse thing about being in a big family is you don’t have much peace but then the best thing is there’s always somebody to talk to and practice doing people’s hair!” She laughed.

“There’s always someone you can open and draw and take the clothes out and style outfits on your siblings!

“When my parents go out onto the farm and they can’t take the little ones, they leave me to watch them and make sure they’re doing alright. It’s a lot of responsibility,” Raven added.

“We find it unusual in some cases to have no children and live in the city, that’s not normal for us,” she continued.

As for the benefits of growing up on a farm, Raven revealed: “People might think it’s boring for a 17-year-old to be on a farm all the time but I don’t think so, it teaches you about life and death and it teachers you how to be independent.

Our Yorkshire Farm is available to watch on My 5 now.