Oti Mabuse shows off her outfit for Steph's Packed Lunch

As a professional dancer on the hit BBC series Strictly Come Dancing, Oti has been crowned the winner of the last two series’. In 2020, she lifted the Glitterball Trophy alongside celebrity partner, comedian Bill Bailey. Bill, 56, was initially seen as the underdog of the competition during its eighteenth season, but he proved viewers wrong with his consistently improving moves and danced his way to the last episode before being voted the winner.

To his dance partner, Bill was a “secret weapon.” The 30-year-old has always been vocal in expressing her appreciation to Bill since their victory and revealed the pair hit it off right away.

Oti described Bill as being “amazing and respectful” when they first met, and he soon became the dark horse of the Ballroom.

She said: “The thing about Bill which is something I really love is that people didn’t know what to expect. It was never about whether Bill could dance, I just wanted someone who was genuinely nice, caring and wanted to be there.”

She also added that she admired Bill’s love of learning and his passions for culture as well as his musical skills. 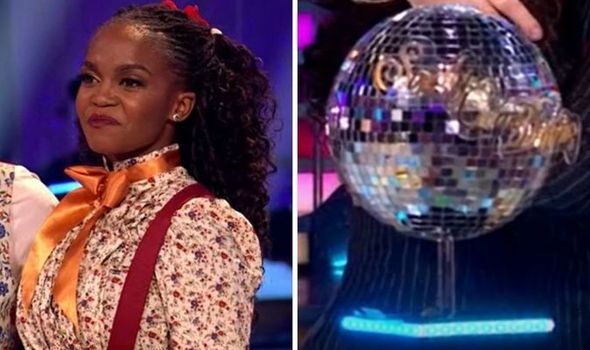 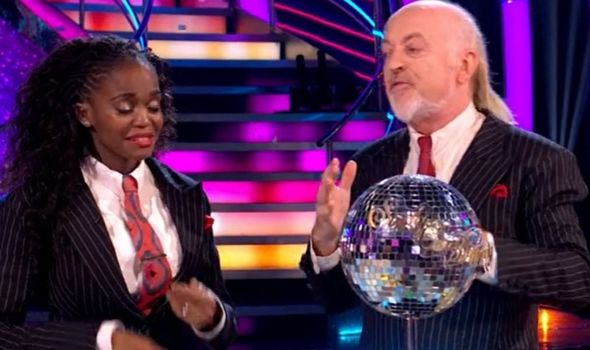 She believes that this made him a worthy winner because he deserved the respect for his achievements and knowledge.

“When we started dancing together, I was going to go easy and everyone was saying he’s a comedian, it’ll be funny.

“He surprised me in the best way possible where he just threw himself into it.

“You never thought in a million years he could do it and he was our secret weapon,” Metro.co.uk published.

She added that he was a natural performer, just wanting to dance rather than being concerned with looking or being a certain way.

And viewers equally took a shine to the comedian, as the pair soon became a favourite. 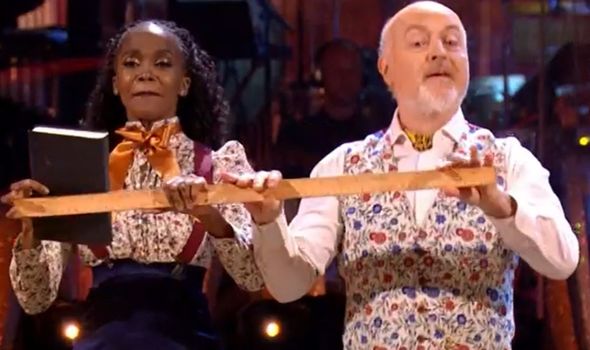 Dancing in the final, they competed against Masie and Gorka Márquez, HRVY and Janette Manrara and Jamie Laing and Karen Hauer.

Taking on the talented duos, Oti and Bill ultimately received the most votes from a public who supported Bill’s impressive journey.

They have now earned their place in Strictly history, remaining a firm favourite among the show’s loyal fanbase.

Despite the show airing each Autumn for only nine – thirteen weeks, stars remain in the spotlight throughout the year, especially the professional dancers, who frequently partake in other ventures during their time away from the ballroom.

And Oti is no exception, with the latest rumours concerning fans – that she may not be in the next series of Strictly.

She’s been part of the line-up since 2015, but fans are currently worried that the 2020 competition may have been her last as she announced she had joined the judging panel of ITV’s new series, The Masked Dancer.

Her exit would certain comes as a huge blow to Strictly fans, with the new show, which is a spin-off of The Masked Singer, classified as a rival to Strictly.

She will be replacing singer Rita Ora and judging alongside Jonathan Ross, Mo Gilligan and Davina McCall.

A source told The Sun: “Oti has been inundated with offers. Her profile has really blown up since she joined Strictly and she has had ideas pitched from a number of major channels.”

“The BBC is now growing increasingly worried that her time on Strictly is numbered.”

At the moment, the professional line-up for Strictly Come Dancing has not been yet been announced, but fans are keen to find out. The dancer recently addressed these rumours on Steph’s Packed Lunch.

She said: “Ahh! Do you know what, some of these conversations obviously I have never been a part of – they are above my pay grade.”

“I can’t say yes as to whether I’m going back or not. So, everybody will have to wait and see to find out what is going on. But it is nice to be spoken about…right?”

Strictly Come Dancing is due to return to BBC One in the autumn.