New Girl is as popular as ever as the series has now hit Netflix, with all seven seasons available to watch. The sitcom ran for a total of 146 episodes and it saw Deschanel take on the lead role of bubbly teacher Jessica “Jess” Day. Here is everything you need to know about why Zooey Deschanel left New Girl, and what she is up to now.

The series focuses on the life of Jess, a quirky teacher in her 30s who moves into an apartment with a group of other men after her boyfriend Spencer (Ian Wolterstorff) cheated on her.

Already living in the loft apartment in LA are Nick Miller (Jake Johnson), Schmidt (Max Greenfield) and Winston Bishop (Lamorne Morris), all of whom are also in their early 30s.

The series follows how the group’s relationships progress, both romantically and as roommates, with Nick being in a similar boat to Jess.

He is a bartender who is struggling after breaking up with his long-term girlfriend Caroline, and he and Jess build a strong bond.

The seventh season was made up of eight episodes, with the series finale airing in May 2018, and fans are wondering what happened to Jess actress Zooey Deschanel. 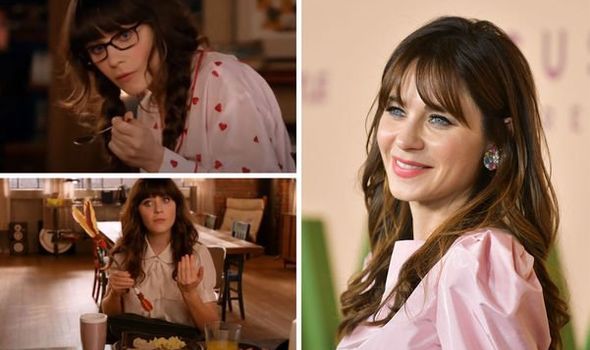 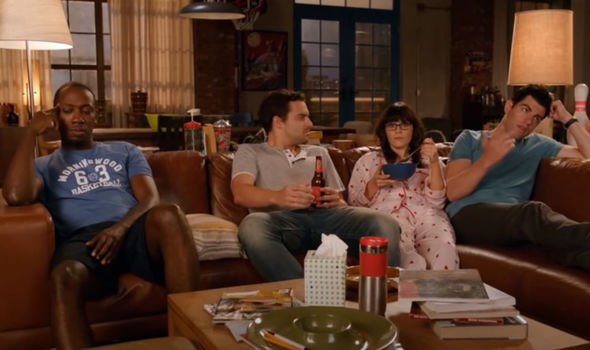 The star had made a sudden exit from the series during season five, and she did not appear again until the following series.

She was written out of the show so she could give birth to her baby girl Elsie, having announced her pregnancy in 2015.

The actress was on maternity leave for the fifth series, so the creators introduced a plot development which saw Jess take up jury duty.

New Girl creator Liz Meriwether recently told HitFix there were a number of possible plotlines for her character.

“We wondered if we should bank a bunch of generic Jess advice phone calls. And then we had this idea of sequestering her, because they live in LA and it’s the kind of place where they have high-profile [court] cases.” 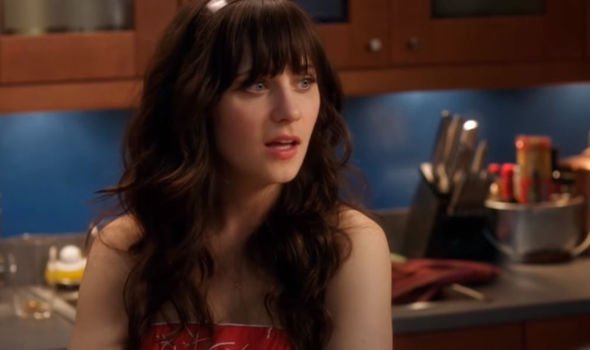 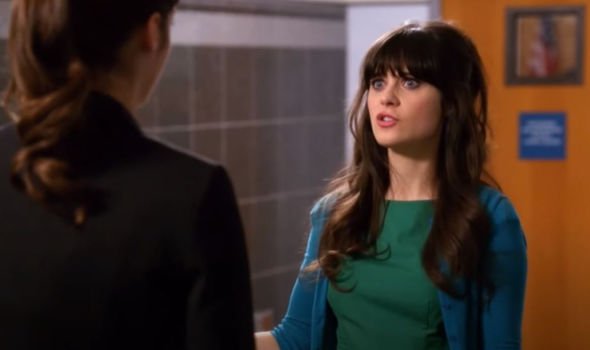 After her return the show carried on for two more series, before seeing the gang move out of their loft apartment to carry on their lives.

Screenrant reported the series came to an end due to a decline in viewing numbers, but the creators wanted to set up a proper series finale rather than cancelling the show.

The loose ends were tied up nicely as Schmidt and Jess’s friend Cece Parikh (Hannah Simone) were expecting a baby, and Jess and Nick got back together following a rocky relationship.

Season six was actually due to be the last season, and the crew shot a season ending which could also act as the series finale.

The final season was given the go-ahead so the characters could have a proper ending, and it was an emotional time for fans.

DON’T MISS…
White Lines season 2: Will Zoe and Boxer reunite in series 2? [THEORY]
Never Have I Ever season 2 Netflix release date: Is there another one? [INSIGHT]
White Lines ending explained: Who killed Axel Collins? [EXPLAINER]

However Deschanel told Variety it was not a sad occasion when she filmed the final episode of the series.

She said: “It felt like we were ready for it to be the end, in a bittersweet way. But it wasn’t difficult. It was like finishing a marathon, like we did this really long run for seven years and we’ve played these characters a long time.

“It’s not like there was any unfinished business. It felt like the right time to be ending it in the best way. I’m sad not to see my friends that I’ve worked with every day for so long, but it was all really positive in the end.”

Since leaving the series the star provided the voice for Bridget in the popular Trolls films. The star is also known for being a talented singer.

During lockdown she posted a video on her Twitter page, of herself singing alongside two of her friends, all from their separate homes.

She thanked fans for still taking an interest in New Girl, and posted a picture of herself with the rest of the cast.

She said: “So many people have been texting me about bingeing New Girl while we #stayhome and it makes me so happy! What do you think the gang would be up to in quarantine together right now?”

Fans have also taken to Twitter to express their love for the fun sitcom, with one fan saying: “Rewatching #NewGirl, because quarantine, and I had kind of forgot how hilarious this show is.”

Another fan said: “Honestly, #NewGirl was the best. Rolling on the floor laughing. Yes, I’m rewatching it and yes I am cackling all over again.”

Long-standing lovers of the series were thrilled to see Deschanel as Jess back on their screens after many years.

New Girl is available to watch on Netflix now