Susan (played by Jackie Woodburne) has had quite a turbulent year on Neighbours, having welcomed villain Finn Kelly (Rob Mills) back into her family home when she believed he had changed his ways. Little did she know, his devilish ways were resurfacing and by the Channel 5 soap’s 35th-anniversary back in March, he was out for blood for those he believed had done him wrong. After killing two characters and sealing his own fate in a horrific drowning accident, the felon was no more but the stalwart was left to take the blame from the residents of Ramsay Street. With Karl (Alan Fletcher) having recently shared his experiences of living with a murderer and how he too held his wife accountable with an author, the husband and wife’s marriage has been on the rocks. Although they’ve managed to give things another go, will the demons of her past be too much to bear and force the beloved character to leave Erinsborough for good?

In an exclusive interview with Express.co.uk, actress Jackie, 64, has revealed whether she would be willing to say goodbye to her character in the future.

Despite being one of the soap’s most iconic residents, Susan was introduced nine years after the Australian drama first aired.

It wasn’t until 2009 the Ramsay Street favourite became the longest-serving female character on the show, sealing her place in the history books.

During her two and a half-decade stint in Erinsborough, the headteacher has had countless relationship troubles, suffered from a case of retrograde amnesia and was diagnosed with multiple sclerosis over ten years ago.

Having been at the centre of some high profile storylines over the years, fans would be devastated if Susan made an exit now, but it seems she isn’t going anywhere. 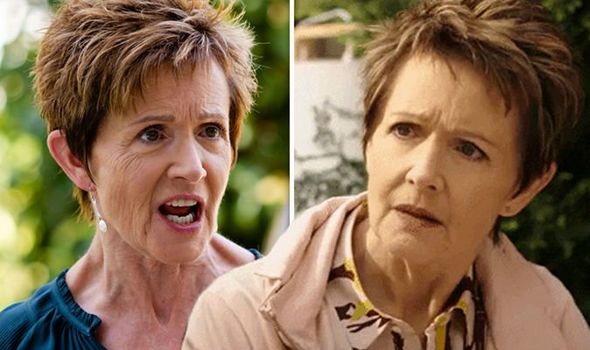 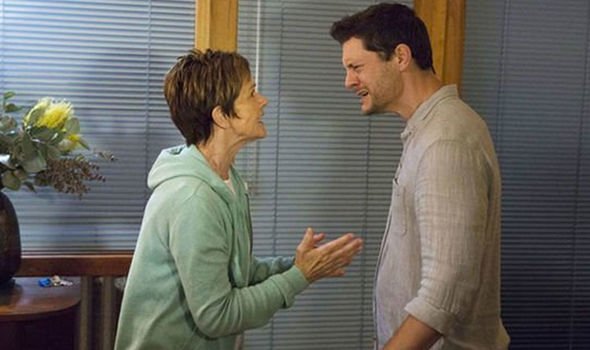 On whether her character would ever consider leaving Erinsborough, Jackie said: “I certainly hope not!

“While she may have moments that she needs time away, her roots are most definitely embedded in Erinsborough and Karl would never cope,” she explained.

With the beloved character staying put, for now, Susan is still trying to pick up the pieces of what Finn did to her family and her friends. 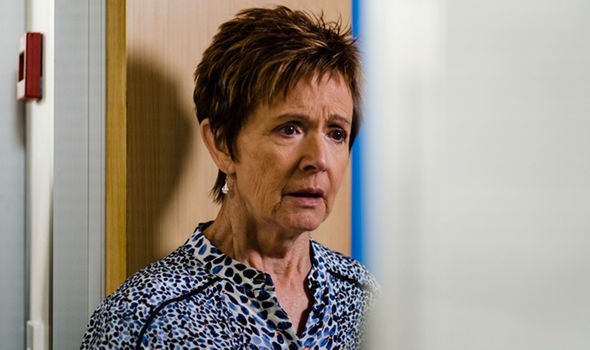 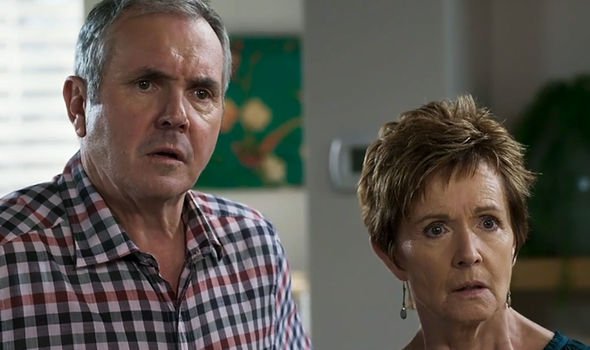 Susan’s roots are embedded in Erinsborough

The murderer killed her son Gary Canning (Damien Richardson) during the soap’s 35th-anniversary episodes and Sheila directed all her anger towards Susan as Finn wasn’t able to receive punishment for his crimes.

This caused a rift not only in her friendship with the Canning matriarch but also with her husband as she overheard a conversation in which he sided with Kyle Canning’s (Chris Milligan) grandmother.

Pushing her spouse away, Karl found support in old flame Olivia Bell (Alyce Platt), who he didn’t realise was penning a book about Finn.

Therefore, the doctor allowed himself to talk about his marital issues and his own relationship with the villain which soon found itself into an unofficial publication of the felon’s life.

With their troubles out in the open for everyone to read about, Susan was furious, but she and Karl still decided to take a break from Ramsay Street to clear their heads.

Whilst they were away, the pair discussed why they were so angry with one another, with their troubles stemming from when they both betrayed on one another in the past.

Despite their grievances, they admitted they loved each other and didn’t want to let Finn ruin their lives.

Arriving back in Erinsborough, the husband and wife duo will be committed to getting their marriage back on track.

Due to the coronavirus pandemic, changes had to made to the couple’s current storyline as they were supposed to be visiting Ireland.

Speaking about the changes, Jackie told Express.co.uk: “We were going to shoot some scenes in Dublin which were we so excited about.

“So, we’re all very disappointed that hasn’t happened,” she added, going on to explain the production had just been “delayed”.

As they get their marriage back on track, could Susan and Karl decide to take another trip next year to the UK where they renewed their wedding vows some years ago?