Chloe (played by April Rose Pengilly) has been at the centre of much drama on Neighbours of late, having married billionaire Pierce Grayson (Tim Robards) and acting as manager of Lassiter’s Hotel before she was driven out by Paul Robinson (Stefan Dennis) and his sister, Lucy Robinson (Melissa Bell). However, she could be set to feature in her last storyline as the Channel 5 soap celebrates its 35th anniversary next month with Ramsay Street resident Finn (Rob Mills) already beginning to remember his life as a villain. A new trailer for the show’s milestone episodes places both characters as ones to watch in the explosive scenes, but it seems the businesswoman could have sealed her own fate as she begins to question the former criminal’s mindset.

For one special week of high octane, drama beginning 16 March, the soap will airs two episodes a day; one broadcasting in its usual time slot and then a darker themed instalment airing at 10pm UK time.

In the lead up to the anniversary, the show has been dropping teasers of what to expect with Finn’s reign of terror being one of them as it reaches a head when he and some other Erinsborough favourites venture to an allusive resort.

However, the danger only starts to unravel once the residents are far away from home and with Chloe one such character in the mix, her chances of being a victim to the villain’s revenge are very likely.

Having not spent much time with the seemingly reformed character of late, it seems being in such close proximity to him heightens the businesswoman’s concerns, but is she going to be killed as a result? 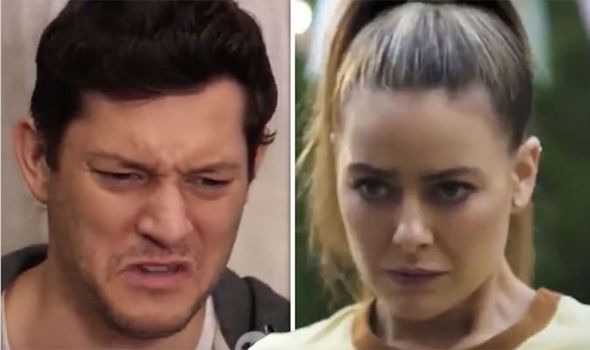 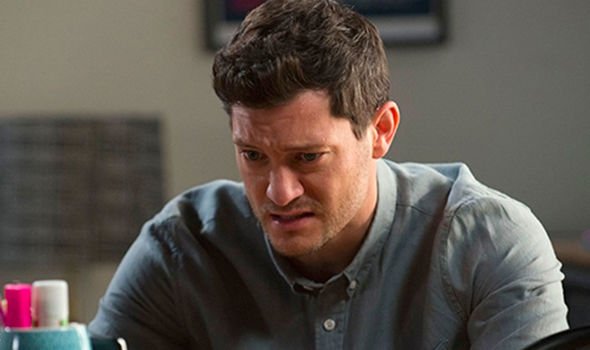 In the one minute clip, Chloe is featured at the very beginning speaking with ex-girlfriend and one of Finn’s love interests, Elly Conway (Jodi Anasta), who is also on the trip.

The former hotel manager tells her former lover: “Finn, I’m worried about his state of mind,” as shots of the erratic villain play over the top.

“Something’s really off,” she continues, with Paul seen getting in a car as it begins to transpire on Ramsay Street the criminal is reverting back to his evil ways.

As the stalwart tells someone on the phone: “There’s a psychopath on the loose,” the next shot shows the sinister character talking to an unknown victim in an underground cove. 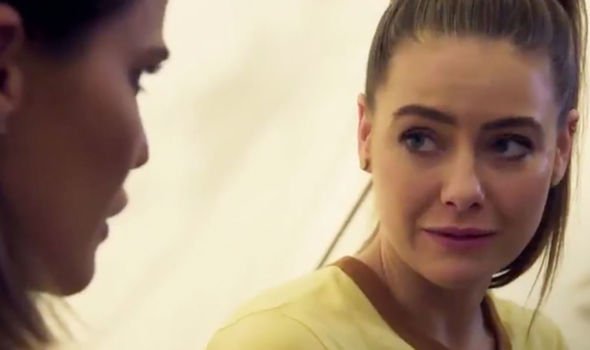 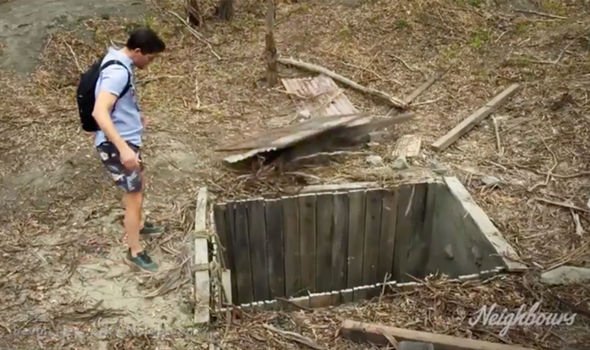 “Are you alright down there?” Finn asks, before plummeting the person with a rock from above, seemingly murdering one of Erinsborough’s most beloved characters.

It has been confirmed three stars of the show will be killed off in the explosive anniversary scenes, so could the trailer have hinted towards Chloe’s death?

The bubbly businesswoman has featured heavily in promotional material released ahead of the deadly scenes and this could add further evidence she is going to meet her maker.

By the end of the 60-second clip, the villain is seen walking away from a ball of fire, so who else’s life will he claim, if not Chloe’s?

Other characters in the running to be killed off include Elly, her sister and Finn’s girlfriend Bea Nilsson (Bonnie Anderson), as well as icon Toadie Rebecchi (Ryan Maloney).

With the villain having done a full 360-degree transformation over the past two years, could the anniversary episodes be his final, too?

It’s been confirmed actor Rob Mills, 37, will be leaving the show after portraying the role of the troubled character for three years.

The soap star filmed his last scenes in December, with a broadcast date for next month in which viewers will see him bow out for good.

If he doesn’t meet his maker in the explosive episode, could he be arrested for Chloe and others murders, meaning he will spend the rest of his life behind bars?

Following the release of the trailer on the soap’s official Twitter page, fans voiced their joy at what’s to come, with writing: “WOW! I’m really looking forward to this! I think it will be a week that fans will never forget. @neighbours, you are amazing!”

Another posted: “omg roll on March the 16th this looks like it’s goner be epic I wonder if dr Karl will be there to save the day.” [sic].

Fans won’t have long to wait as the anniversary kicks off in just under three weeks time, where it will finally be confirmed who viewers will be saying goodbye to.