The adorable father-daughter relationship between Sam Hanna (played by LL Cool J) and Kamran ‘Kam’ Hanna (Kayla Smith) has come to the forefront so far in NCIS: LA season 12. CBS viewers have witnessed the Hanna teen mature and express her desire to head on her own path – albeit without too much of his help as she shows off her independence. However, following a shocking kidnapping at the end of episode nine, it looks like she’ll need her dad to come to her rescue.

Just as episode nine, titled A Fait Accompli, of NCIS: LA drew to close, shockwaves were sent through the fandom as Kam found herself in danger.

A masked man snatched Sam’s unsuspecting daughter in the final moments – teeing up an almighty cliffhanger as to what may happen to her.

And as speculation continues to swirl as to who the masked criminal may be – with some tipping it as the villainous Thomas Argento (Juan Riedinger) – other fans are beginning to fear the worst for Kam given Sam’s family history.

The NCIS: LA character has been put through heartbreak after heartbreak when it comes to his family, with wife Michelle (Aunjanue Ellis) dying following a kidnapping way back in season eight. 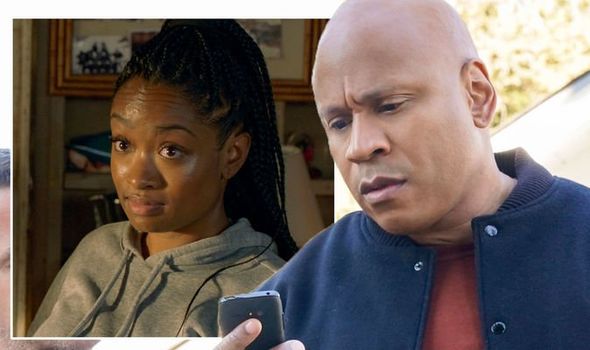 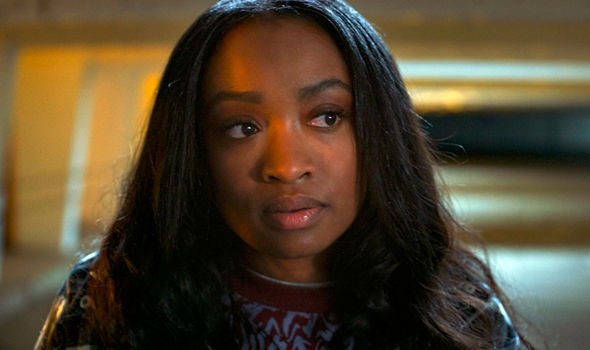 And fears this devastating storyline will be replicated with his daughter have sent the rumour mill into overdrive.

Moments after witnessing the twist on-screen, a number of fans took to Twitter fearing the worst, with one saying: “@NCISLA that ending though! Ain’t Sam been through enough?!?? His wife killed, his son targetted and now his daughter was kidnapped!?

“Having kids in the NCIS word ain’t good! I knew she came  back for a reason but dang, this!?! [angry emoji] #NCISLA.”

A second echoed: “@llcoolj I hope in the next episode, Sam is on top of that s**t. We don’t want Kam to be hurt or killed. #Ncisla I don’t want to wait almost a month for it though. Grr.” 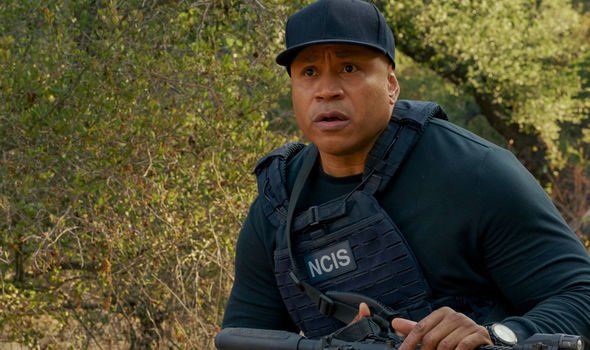 “I knew they were bringing Sam’s daughter back just to have some awful thing to happen to her #NCISLA [sad emoji],” weighed in a third.

And a fourth added their concerns for Kam’s future: “Not gonna lie, I knew something was going to happen to Sam’s daughter, and I still jumped when that guy appeared behind her – spooky good! I hope she will be okay! #NCISLA.”

So will Sam be able to quash fans’ fears and save his daughter or is he in for another heartbreaking family storyline?

While a promo for the next episode is yet to be released by CBS ahead of its release next month, there are some signs that Kam will survive the season 12 kidnapping.

Prior to the show’s return for its 12th run in November, showrunner Scott Gemmill teased that fans would be seeing the show “focus” on Kam and Sam’s relationship more than previous series to TV Line.

And given Kam has only popped up in a handful of episodes so far, surely this means there’s plenty more storyline to come between the two.

Fans will have to wait until episode 10 to find out for sure – but sadly that won’t be as soon as this Sunday.

In fact, CBS has revealed NCIS: LA season won’t be back on screens for quite some time in another scheduling shake-up.

While the series suffered a break during its annual festive hiatus, there was also a week-long delay between episodes three and four.

But with the NFL play-offs and Super Bowl taking precedent on the US network, NCIS: LA season 12 has had to be pushed back once more.