Home » TV and Movies » My type on paper, muggy, melt – all the Love Island lingo you need to know 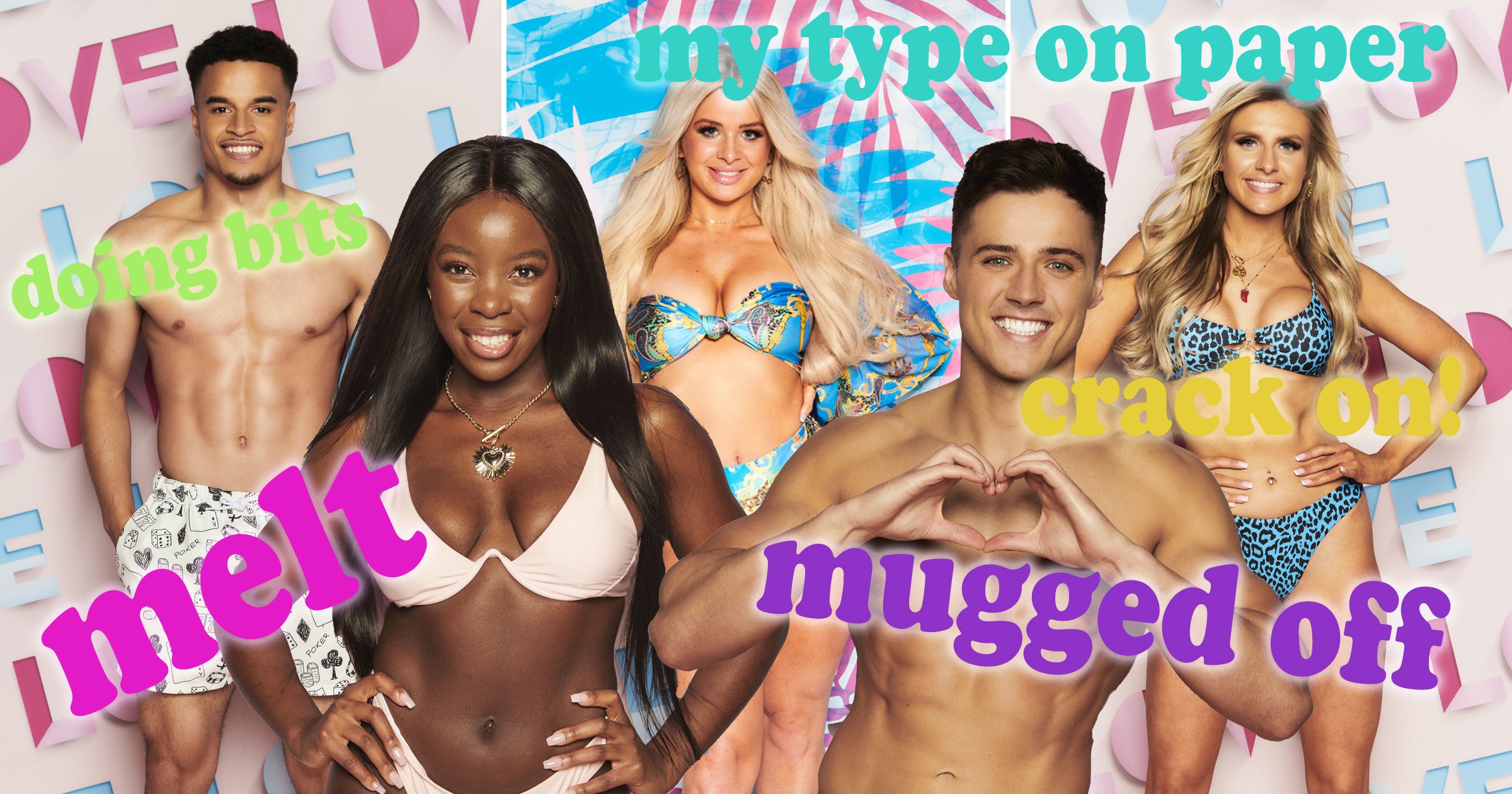 Ready to shoot your shot, lay it on factor 50 and check where your head’s at? Love Island 2021 is getting ready to launch on ITV2 once more, as a new batch of singletons seek love and lust in the sun.

Over the years, fans of the ITV2 reality dating competition have become utterly absorbed by the drama in the villa, as islanders couple up, break up, have their heads turned and fall in love in a matter of weeks.

However, the series has also made its mark thanks to the lingo used by the contestants on the show – so much so that their phrases and sayings have seeped their way into viewers’ vernacular.

It feels like an eternity since Love Island was on our screens – as the 2020 summer series was cancelled due to the pandemic – so fans might have to brush up on their villa vocab.

From being ‘mugged off’ to labelling someone your ‘type on paper’, here’s all the lingo you need to know.

The islanders sure do love to make their romantic endeavours sound romantic.

From the very start, get ready to hear about the contestants ‘cracking on’ with each other – meaning to pursue one another – even when they’re already involved with someone else.

The ‘Do Bits Society’ was created by Wes Nelson in 2018, a group in which he and the other guys in the villa openyl chatted about how far they’d gone sexually.

The DBS, as it’s otherwise known, could make a comeback in the villa.

Eggs in one basket

The singletons taking part in Love Island might be on the search for love… but do they really want to put all of their eggs in one basket?

For all the know, their perfect soulmate could make a late entry – so it might be best that they keep their options open.

While sunbathing in the gorgeous sun, the islanders will need to be careful to ensure that they put on enough sunscreen to protect their skin.

But they might also lay it on factor 50 in the villa – meaning to lay it on thick when they fancy someone.

If someone’s grafting, then they’re working extra hard to lay down the groundwork for a romance.

That could simply be because they really like someone – or because they’ve done something wrong and need to make up for it… both of which viewers are expecting to happen.

Love Island is full of temptation, especially when Casa Amor is introduced – separating the islanders and introducing brand new contestants into the mix.

When the original cast are reunited, often at least a few people will have had their heads turned – meaning that their affections now lie with someone new. Harsh!

It is what it is

‘It is what it is’ is an aloof acceptance of the way things are, even if you feel differently on the inside.

We have a feeling many of this year’s islanders are going to feel ‘mugged off’ at some point or another in the series, if and when they find themselves being disrespected by the person they like.

If anyone is exhibiting ‘muggy’ behaviour – there are definitely going to be consequences.

A melt is, for want of a better word, often a bit of an idiot.

But a melt might also just be someone who’s become a bit soppy due to developing such strong feelings about someone – which is no bad thing!

My type on paper

Someone might be your type on paper, ticking every box on your list… but that doesn’t mean they’re necessarily the right person for you.

So, it’s a question of deciding whether to go with your head or your heart.

No one wants to be pied off. Being rejected is one of the worst things – especially when it happens on national TV.

If someone’s salty, then something has happened to make them angry – and you probably don’t want to get on their bad side.

In other words – go for it! What are you waiting for?

Having originally gained traction due to its use in The Only Way Is Essex, a sort is, in other words, a really attractive person.

You might even say that someone is ‘a right sort’ – if you wanted to be specific.

Stick it on is an extremely literal way of saying that you’re going to make a move on someone.

It’s a bit much in our opinion… but crack on.

Ooh, the dreaded ‘ick’. When you’ve been seeing someone, and then suddenly… you’re just not feeling it anymore.

Sometimes there’s no real reason, at other times you realise something that’s started to annoy you – but in any case, once it arrives, it’s hard to go back.

Where’s your head at?

In the Love Island villa, the islanders like to talk about their emotions all the time.

A day into the show, five days in, two weeks in… they’re bound to ask each other ‘where their heads are at’, to gauge where their affections lie.

While there is no such thing as perfection, when someone is dubbed a ‘worldie’, this means that they’re perceived as being so attractive that they’re out of this world.

Let’s hope that the islanders pay just as much attention to the beauty on the inside when getting to know each other.

Love Island launches on Monday at 9pm on ITV2.