Home » TV and Movies » Murder in Provence episode 1 cast: Who is in the ITV series?

Murder in Provence: Roger Allam stars in trailer from BritBox

Murder in Provence is coming to ITV on Sunday, July 17 and the series is a BritBox original. Antoine Verlaque and his lover Marine investigate the dark corners of the beautiful town of Aix in France. Express.co.uk has all you need to know about who is in the first episode.

Who is in Murder in Provence?

Antoine is a charming chief magistrate of Aix and he suspects foul play, discovering his love interest has a questionable past.

He is played by Roger Allam, a 68-year-old British actor known for his stage, film, TV and radio appearances.

His credits include Endeavour, Game of Thrones and Les Misérables.

Speaking about his new character, he said: “He’s a man who is very serious about his job and he’s very proud of being an investigating judge in the French system, it’s a great passion for him.

“He’s patriotic, he’s pleased to be in the service of the state, and pursuing justice means a great deal to him.

“He’s had something of a tragic past, so he has been very guarded about relationships up until now, but he and Marine have found each other – two older people who have had problems in the past.”

Marine Bonnet has a chic, boho charm about her.

The lecturer marks her students’ essays in bed wearing glasses and pyjamas, her hair pinned up with a biro.

She is played by Nancy Carroll, a 47-year-old British actress known for her work with the Royal Shakespeare Company.

Fans may also recognise her as Lady Felicia in the BBC series Father Brown.

Helene has been friends with Antoine for a long time and she is based on a male character from the original books.

The pair have been through a lot together and Antoine has taken her under his wing.

She is played by Keala Settle, a 46-year-old American actress and singer, known for playing the Bearded Lady in The Greatest Showman.

The star revealed she has not been a part of a detective series before but watches them incessantly.

She said: “I suppose if I wasn’t in the performing arts, I probably would have tried to go into forensics, I absolutely love that world.” 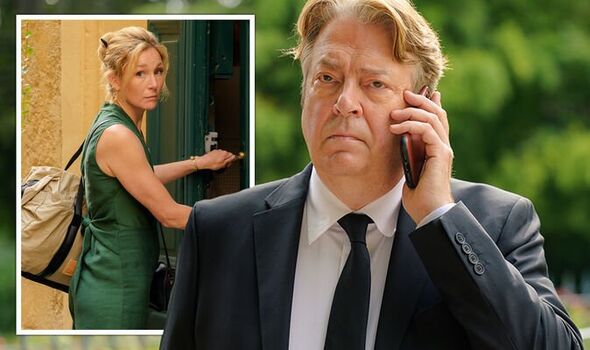 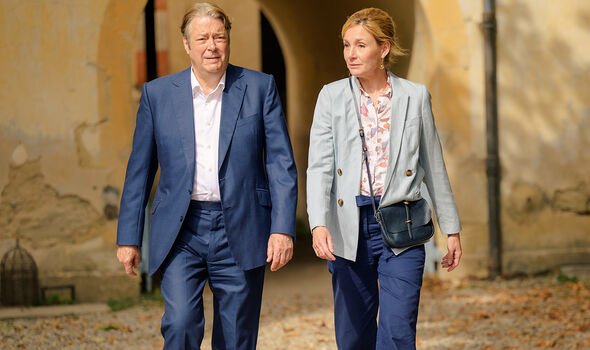 Florence is Marine’s mother in the series and she does not think Antoine is good enough for Marine.

The character is played by Patricia Hodge, a 75-year-old actress known for playing Phyllida Erskine-Brown in Rumpole of the Bailey.

More recently, she joined the cast of All Creatures Great and Small as Mrs Pumphrey.

The character is played by Jeremy Clyde, an 81-year-old English actor and musician.

He is best known for forming one-half of the folk duo, Chad & Jeremy.

Claude Ossarte is played by Scott Chambers, a 31-year-old actor and director.

The star is best known for the miniseries Innocent, as well as Malevolent and Doctor Jekyll. 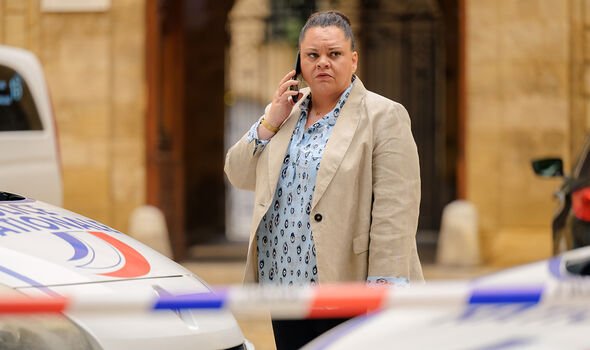 Bernard Rodier is a lecturer who is played by Paul Bazely.

Paul is a 54-year-old English actor known for playing Troy in Benidorm.

He has also starred in Emmerdale, Heartbeat, Holby City and The IT Crowd.

Yann Falquero is played by Benedict Clarke, an actor from London who played a young Severus Snape in Harry Potter and the Deathly Hallows: Part 2.

The 25-year-old went on to star in a series of shorts, as well as Blue Abroad.

The star is known for his roles in Endeavour and Butterfly Affect [Corr]. 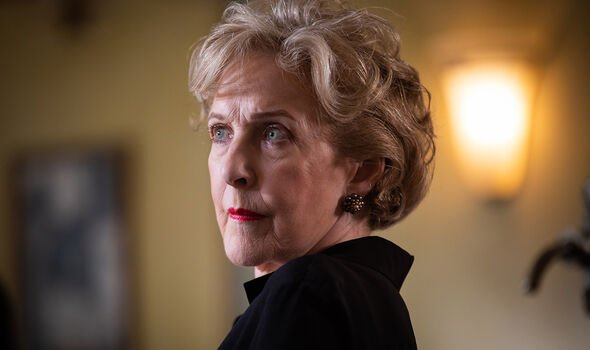 Garrigues Druon is played by Yasmin Taheri, an actress from Yorkshire who has previously had roles in Ladhood, Holby City and Open Wide.

Annie Leonetti is played by Jasmine Hyde, an English actress who has starred on both stage radio and screen.

She played Hilda Rumpole in BBC Radio 4’s Rumpole of the Bailey.

The star is also known for playing a lead role in The Unseen.

She is also known for her roles in Love in the Lockdown, Doctors, Love, Lies and Records and Home Fires.

Guiseppe Rocchia is played by Ben Jones, a 50-year-old British actor and writer.

The star is best known for playing Greg Robinson in the BBC One drama, Doctors.

The star, from Brighton, wrote several episodes of the medical soap.

Sylvie is played by Kirsty Bushell, who is known for her roles in Casualty, Silk and Injustice.

Murder in Provence airs on ITV on Sunday at 8pm