GIGI Hadid has revealed her stylish Manhattan apartment after the mom-to-be spent the last year working on her "dream spot".

The catwalk star described it as her "passion project" as she showed off her hard work. 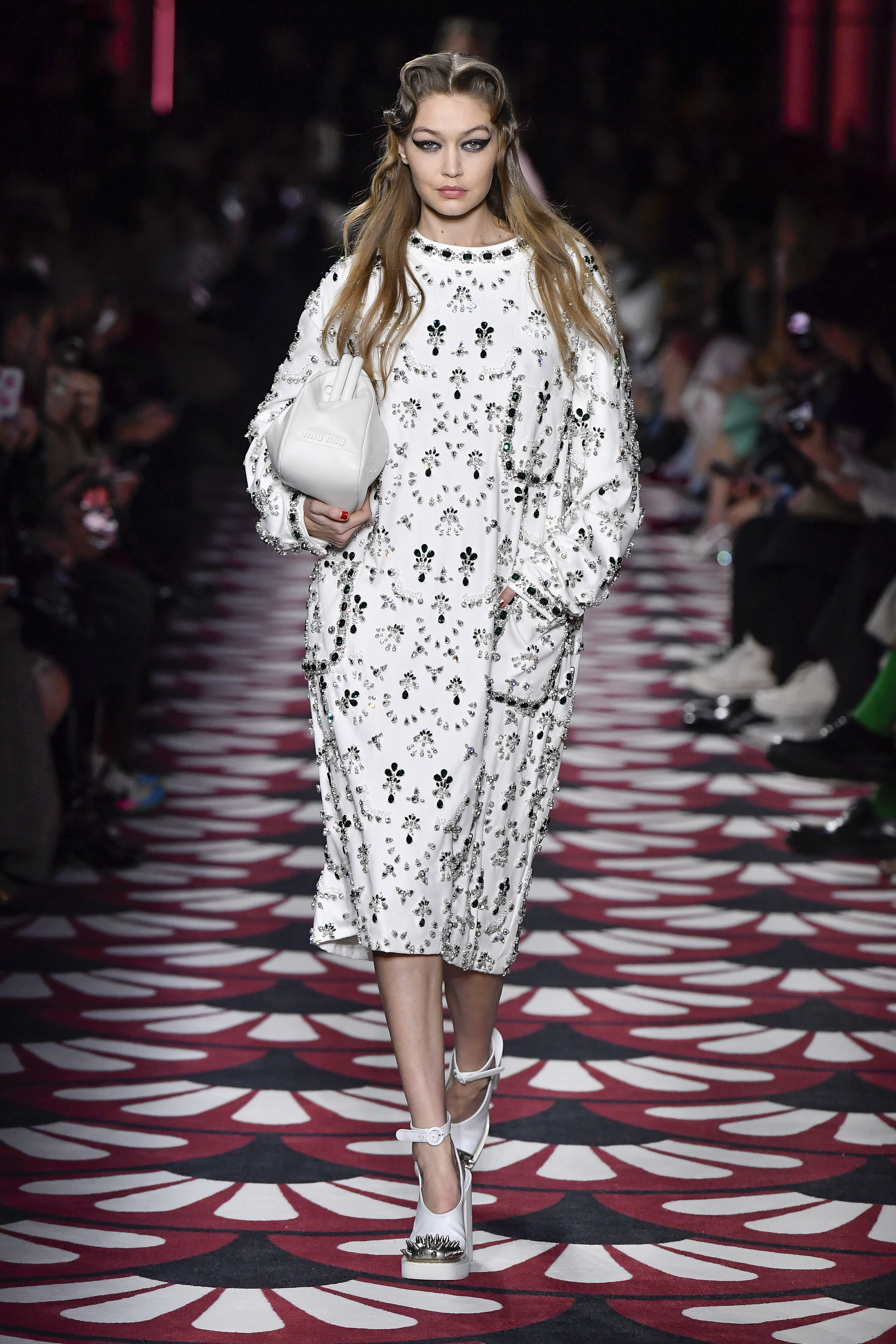 Gigi confirmed her pregnancy with former One Direction star Zayn Malik in April and has spent most of her time quarantining at her mother Yolanda Hadid's $4 million farm in rural Pennsylvania.

But it appeared the 25-year-old was back in New York City to take snaps of the newly-decorated two bedroom pad in trendy NoHo.

Her stunning home has been decorated in lots of earthy tones, with touches of burnt orange and sea blues. 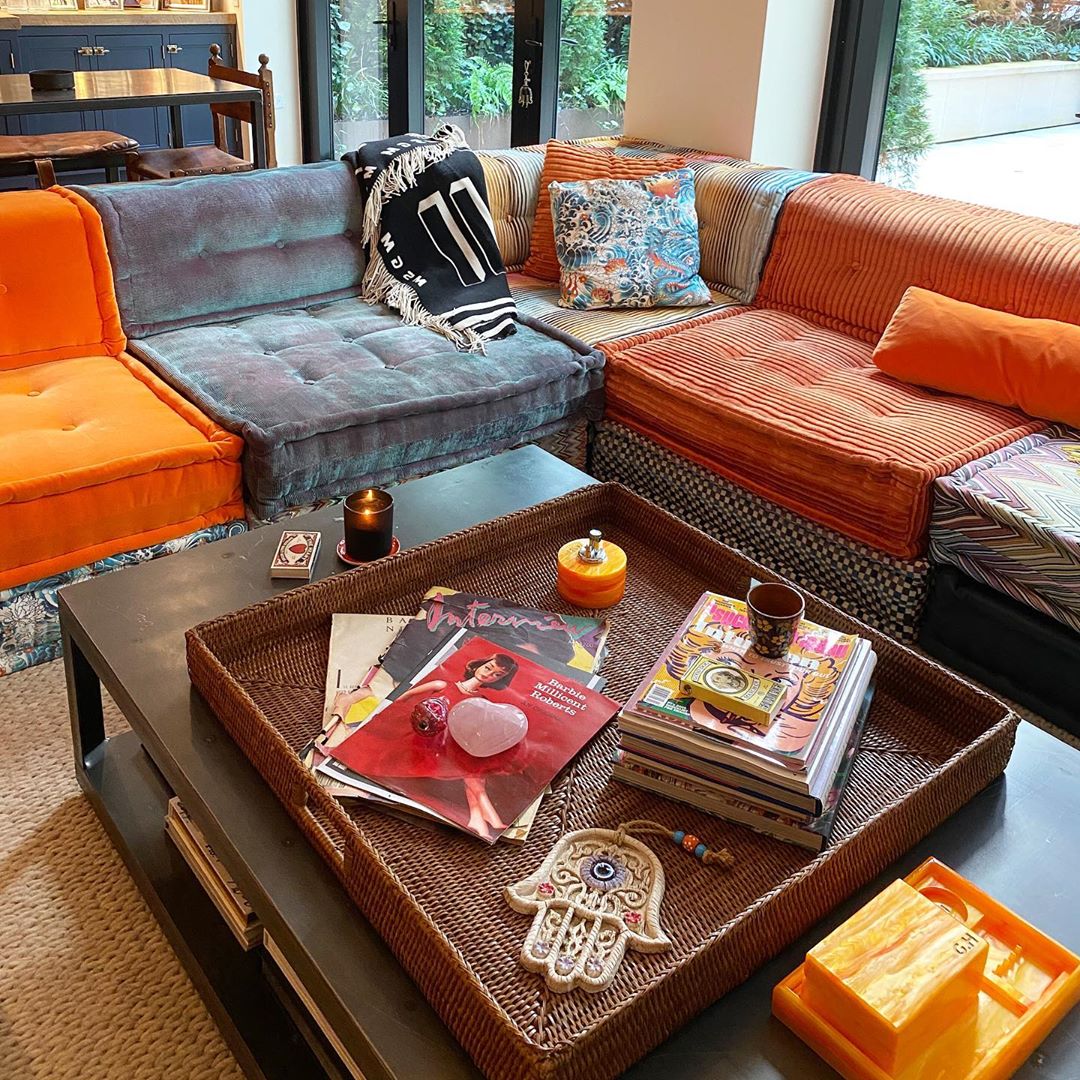 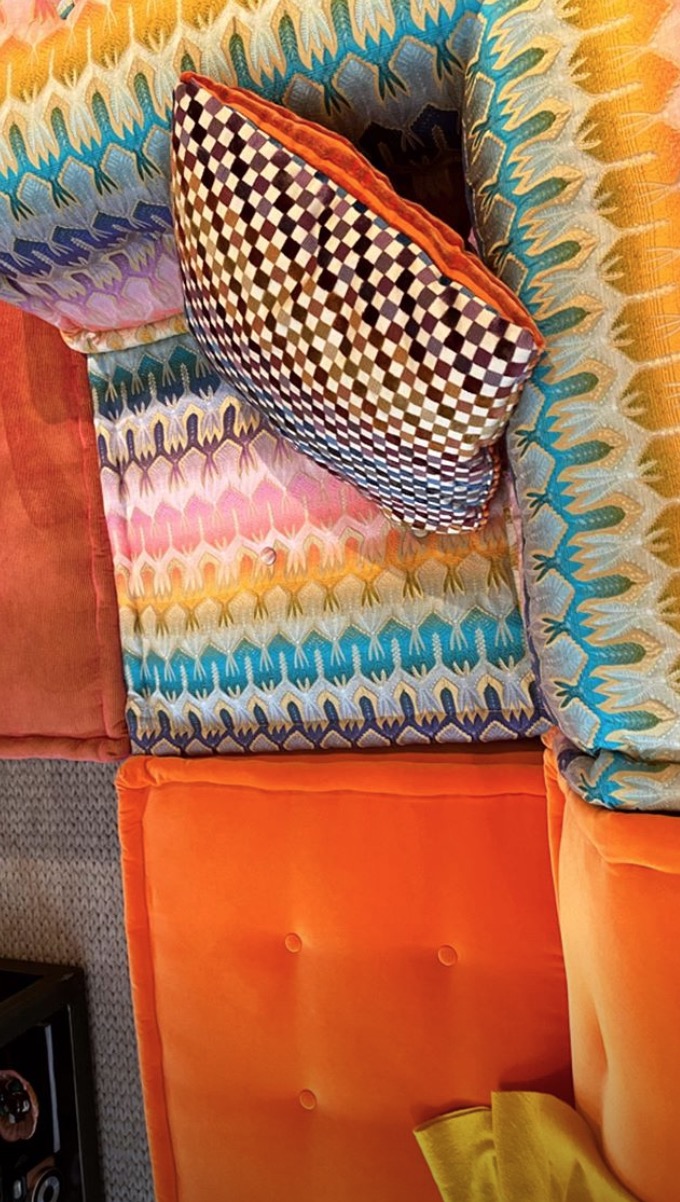 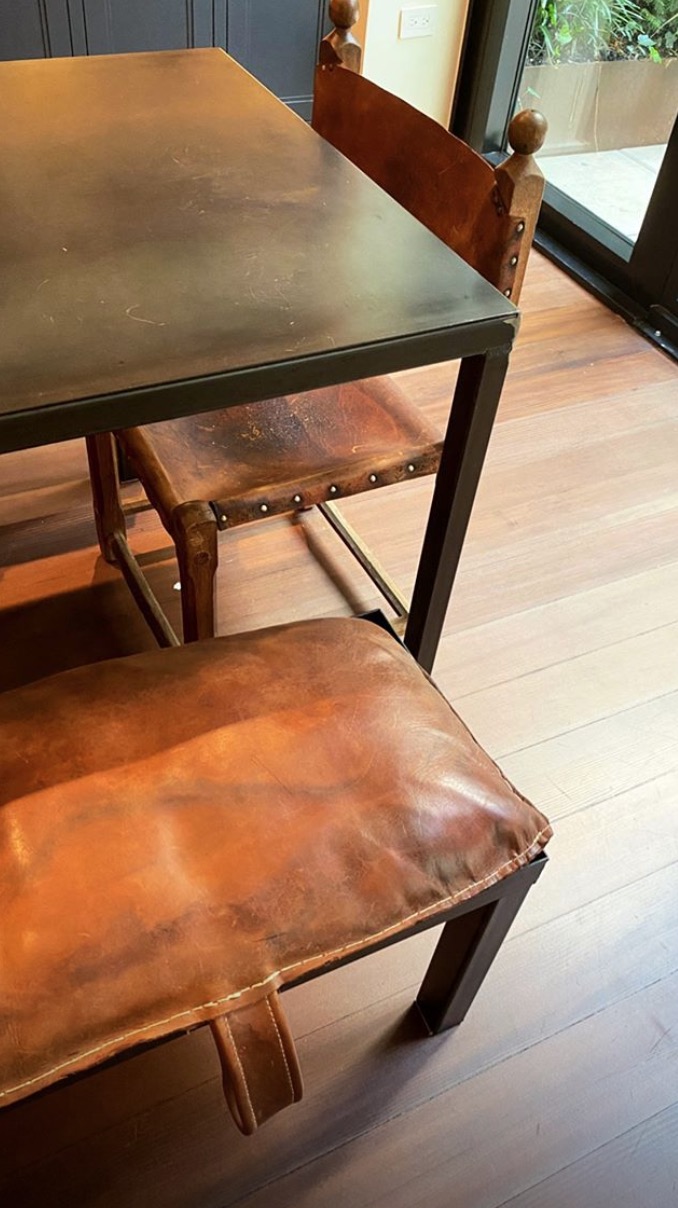 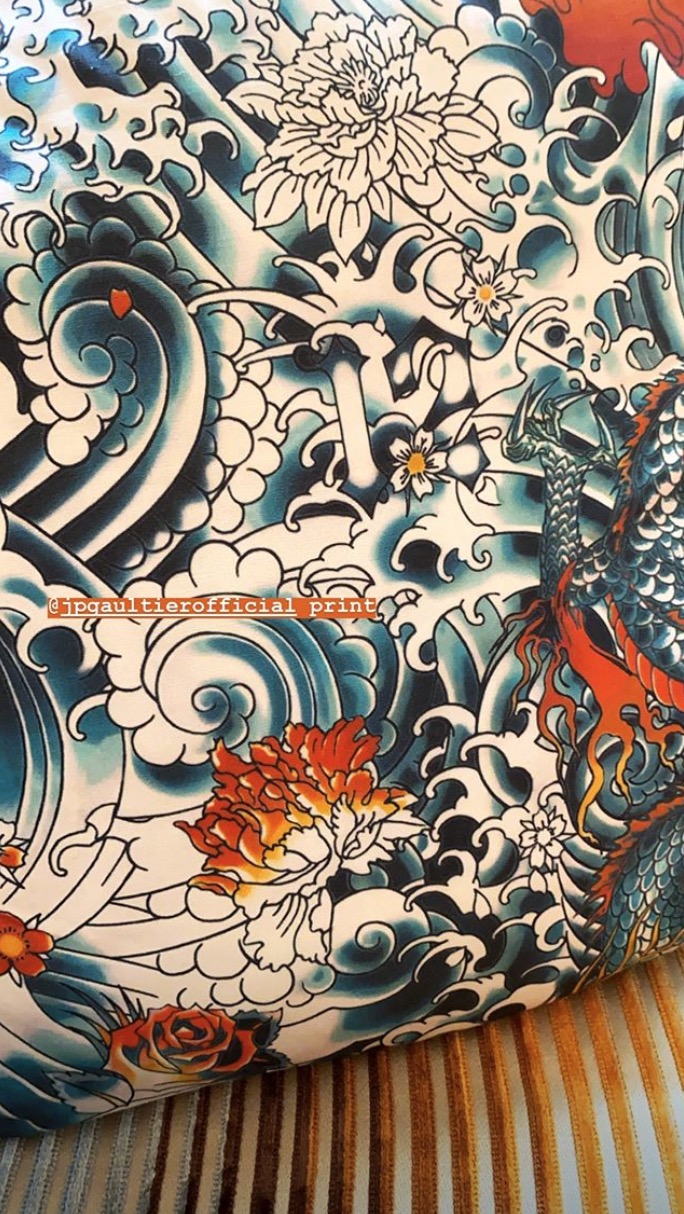 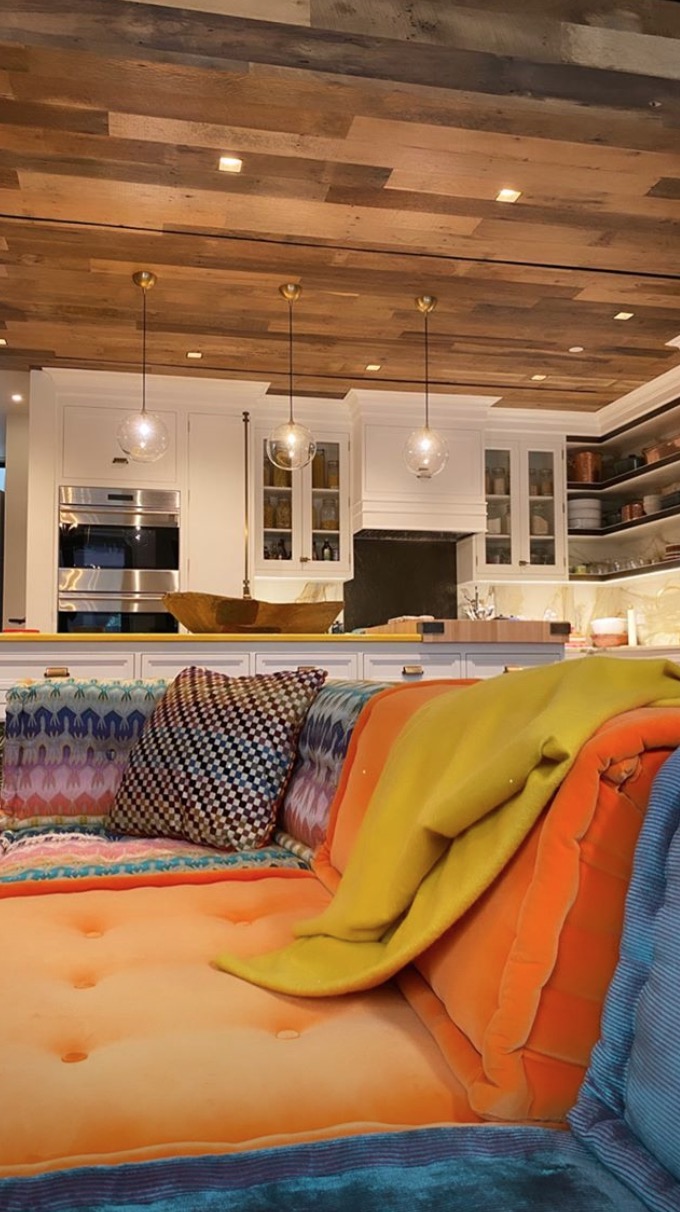 Sharing an array of pictures with her Instgram followers, fans could see a large Missoni corner sofa decorated with a bold Jean Paul Gaultier pillow.

As the visual tour of her apartment continued, it showed that the model was not afraid of clashing prints with statement pieces.

Gigi, who is the older sister of fellow model Bella, explained: "Spent all of last year designing and curating my passion project / dream spot.

"Of course it all came together right before quarantining out of the city…. but I’m excited for the time I’ll get to spend enjoying all the special corners that were made with a lil help from some of my favorite creatives (tap!) who embraced my ideas and didn’t call me crazy.

She added: "💛 ++ my mamma:) who is the greatest homemaking-sounding-board I could ask for (she called me crazy when required) ☺️ grateful to and for all."

Funky carpeted stairs are combined with classic dark wood and leather dining chairs, while the spacious bathroom in decorated from top to bottom in marble.

While the kitchen include a large wooden bowl filled with snooker balls and cupboards decorated with pasta.

"My dream pasta-facade-cabinets filled by @saltyseattle," wrote Gigi, as she went on to her Instagram stories to give fans a close up of the decor. 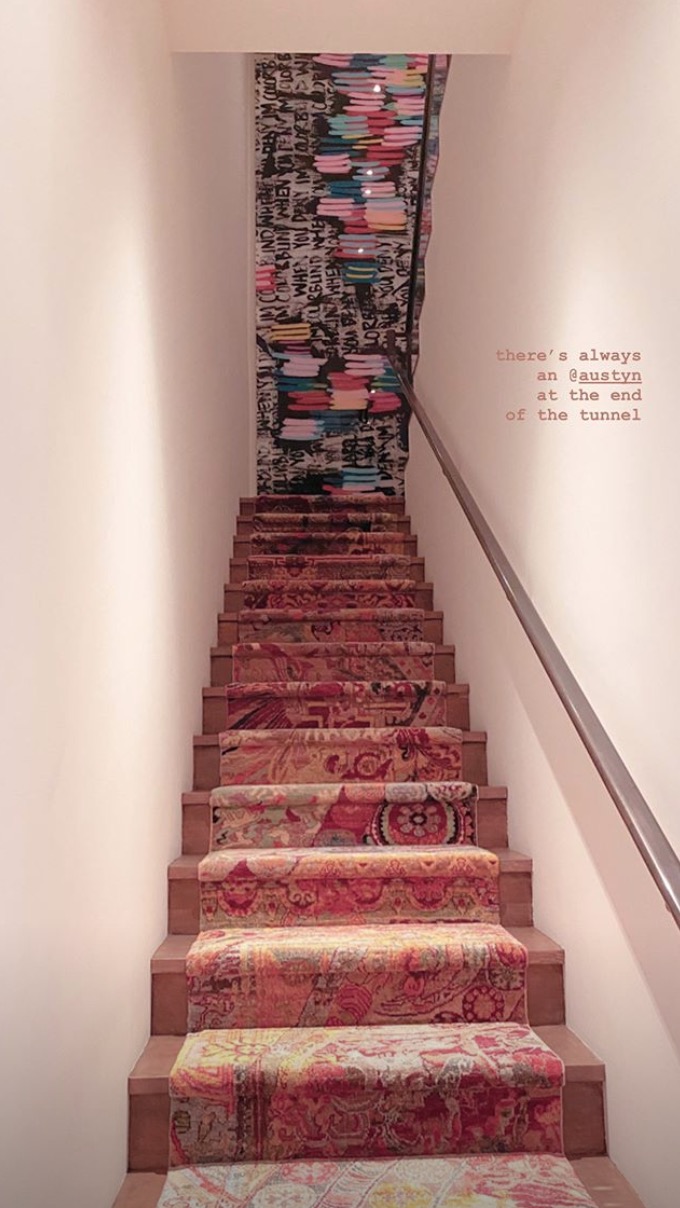 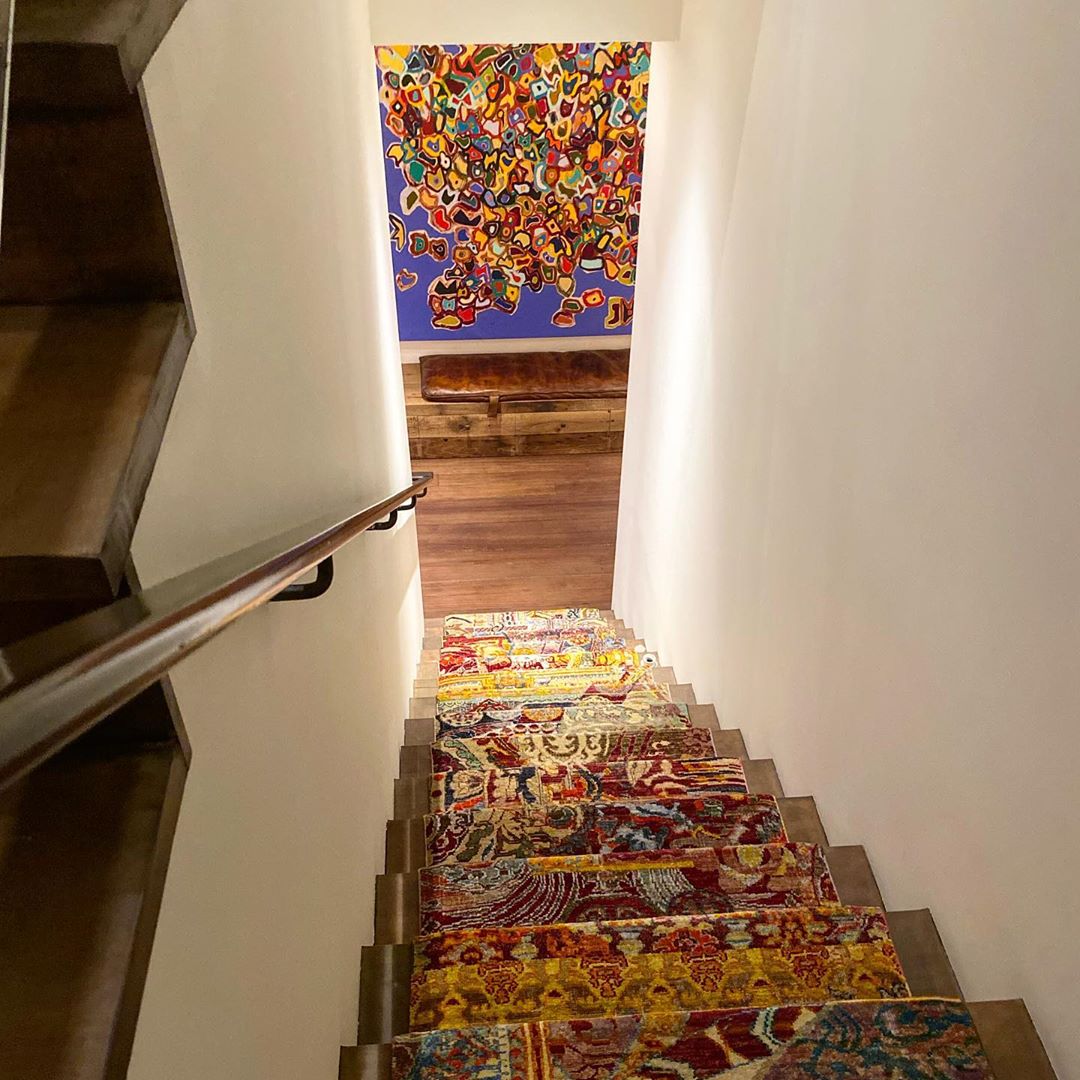 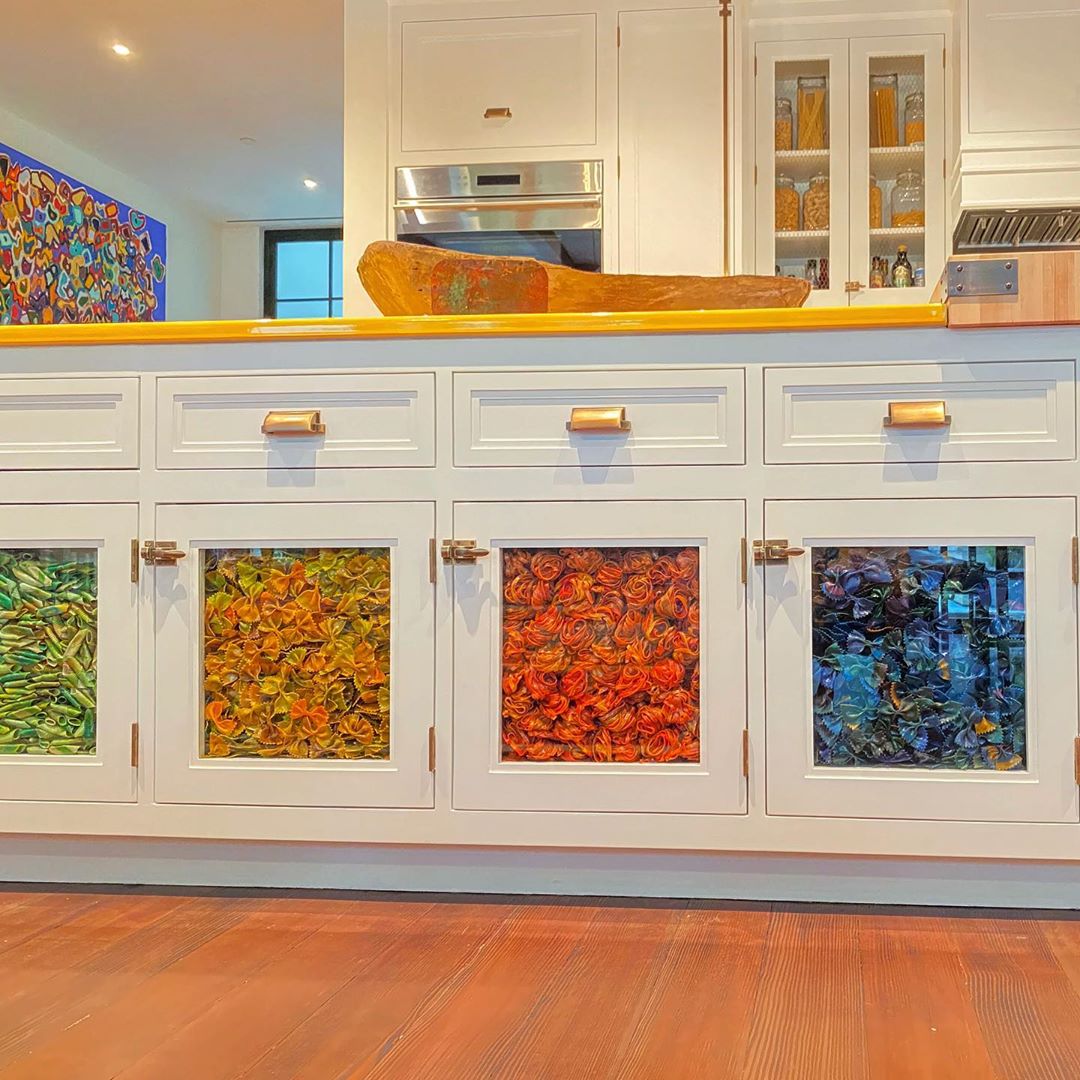 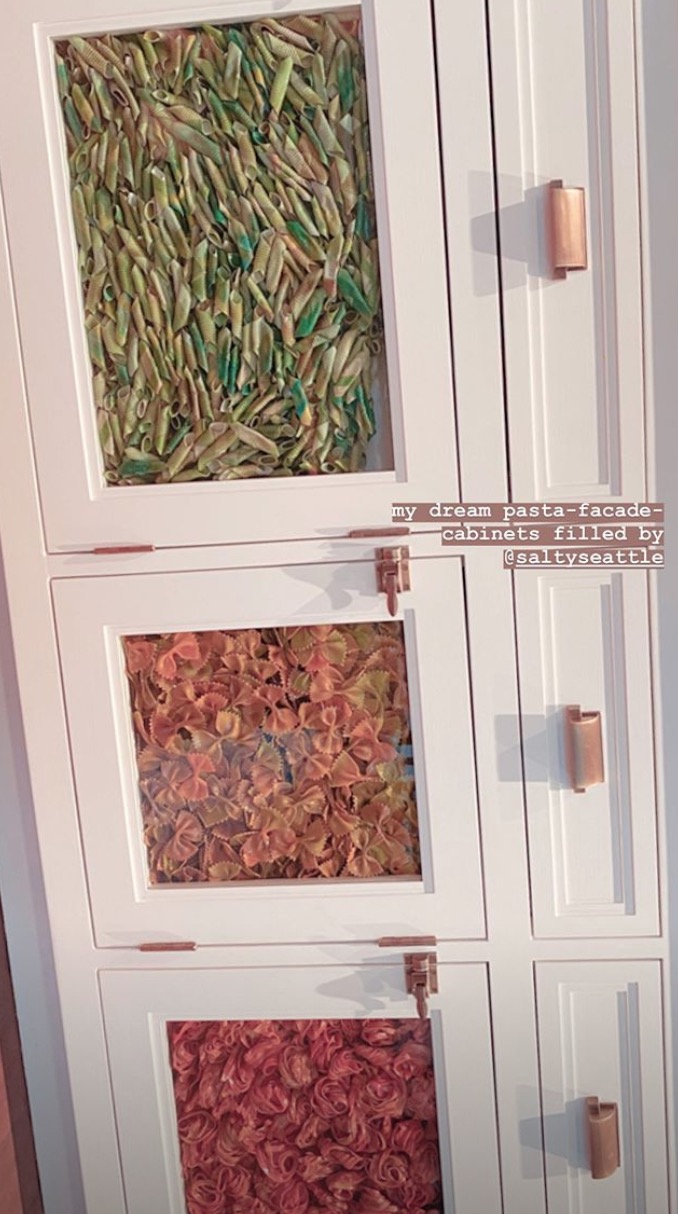 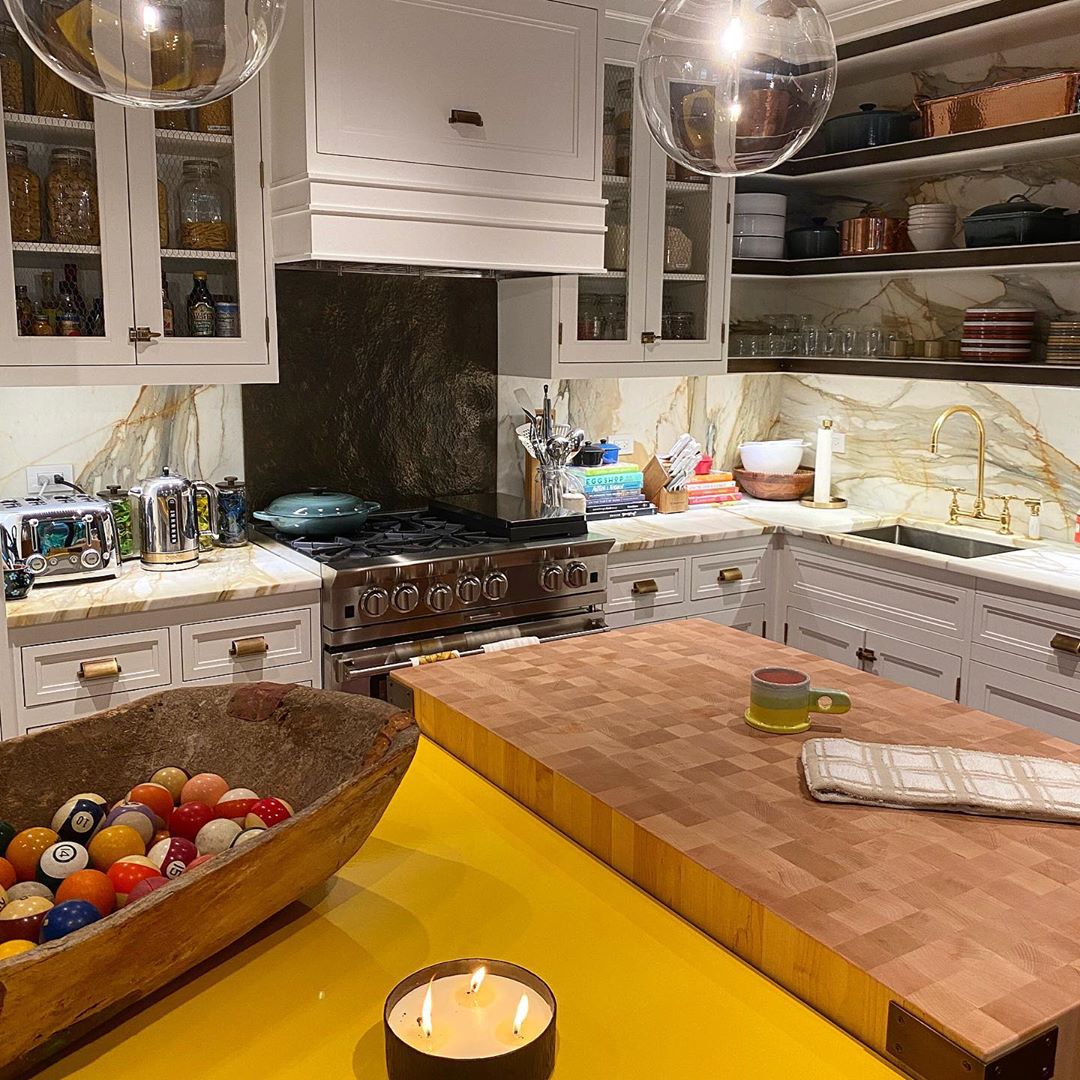 Art also fills the space, with several colourful Austyn pieces and a painting by Malibu artist Eamon Harrington with text confirming the home welcomed every type of person and they would be 'safe here'.

There's also quirky things like a giant yellow pen in one corner and green Chevrolet truck tailgate hanging on the wall.

Gigi also gives a peak into her dressing room, complete with a light bulb mirror and make-up chair.

The bedroom includes hues of blue with large circular artwork hung above the dark wooden headboard and off-white sheets. 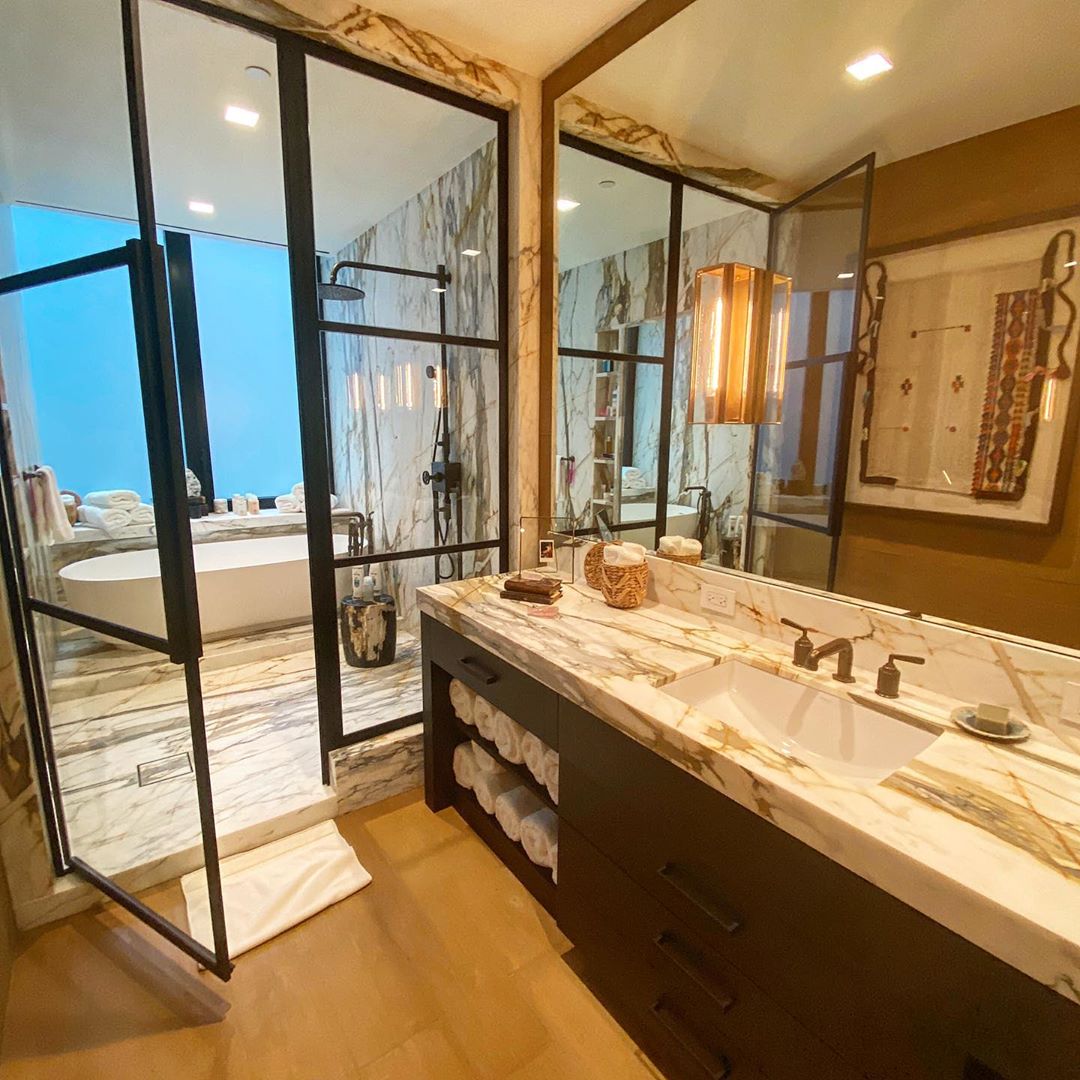 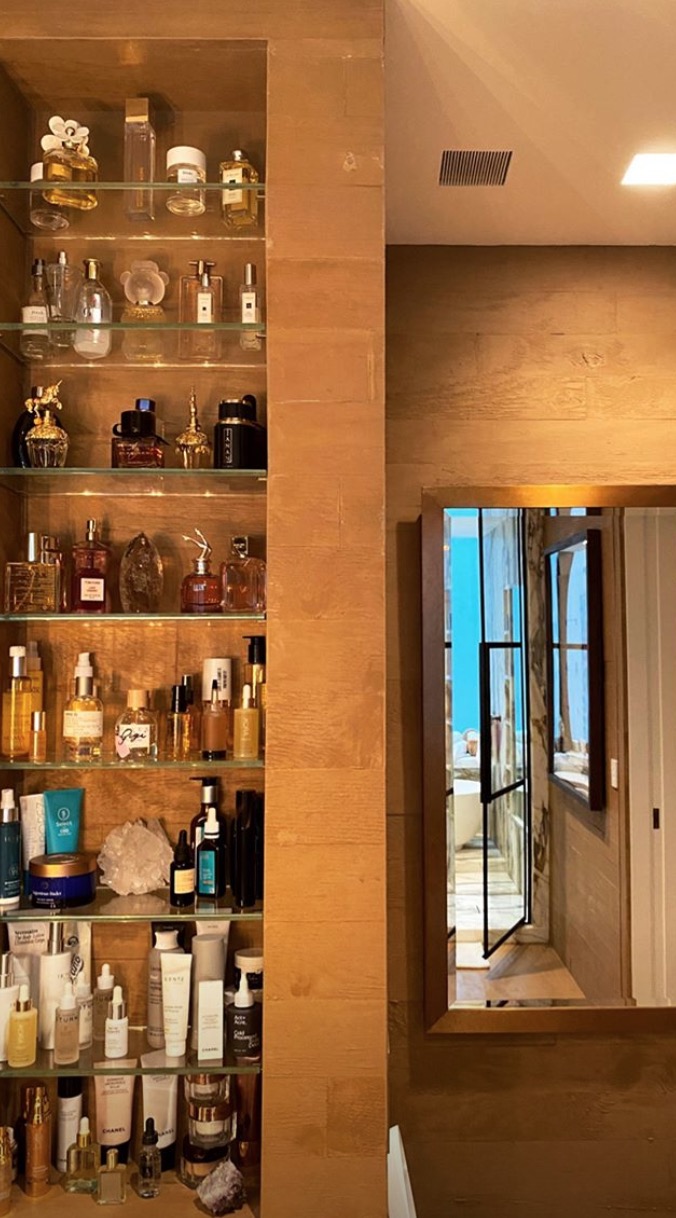 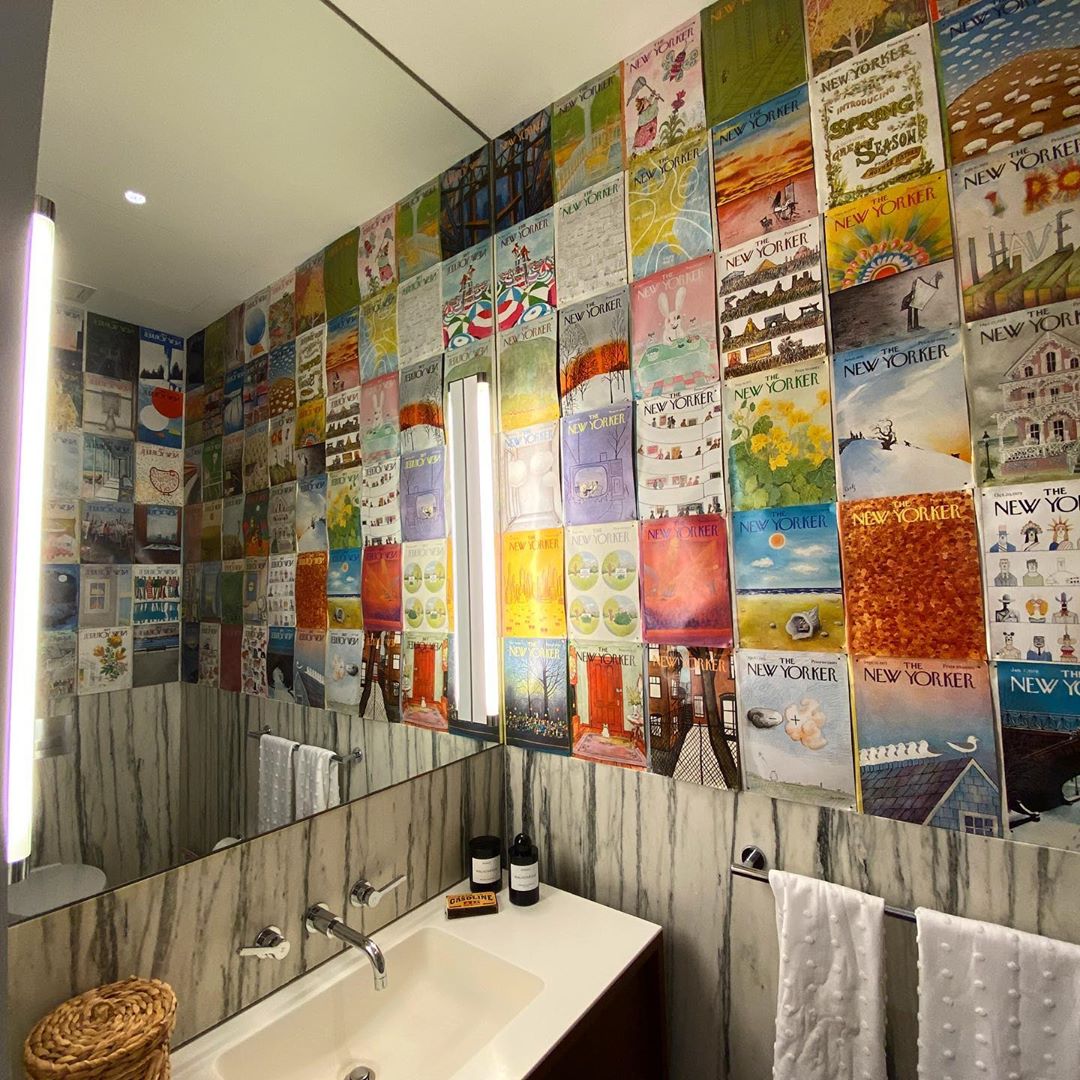 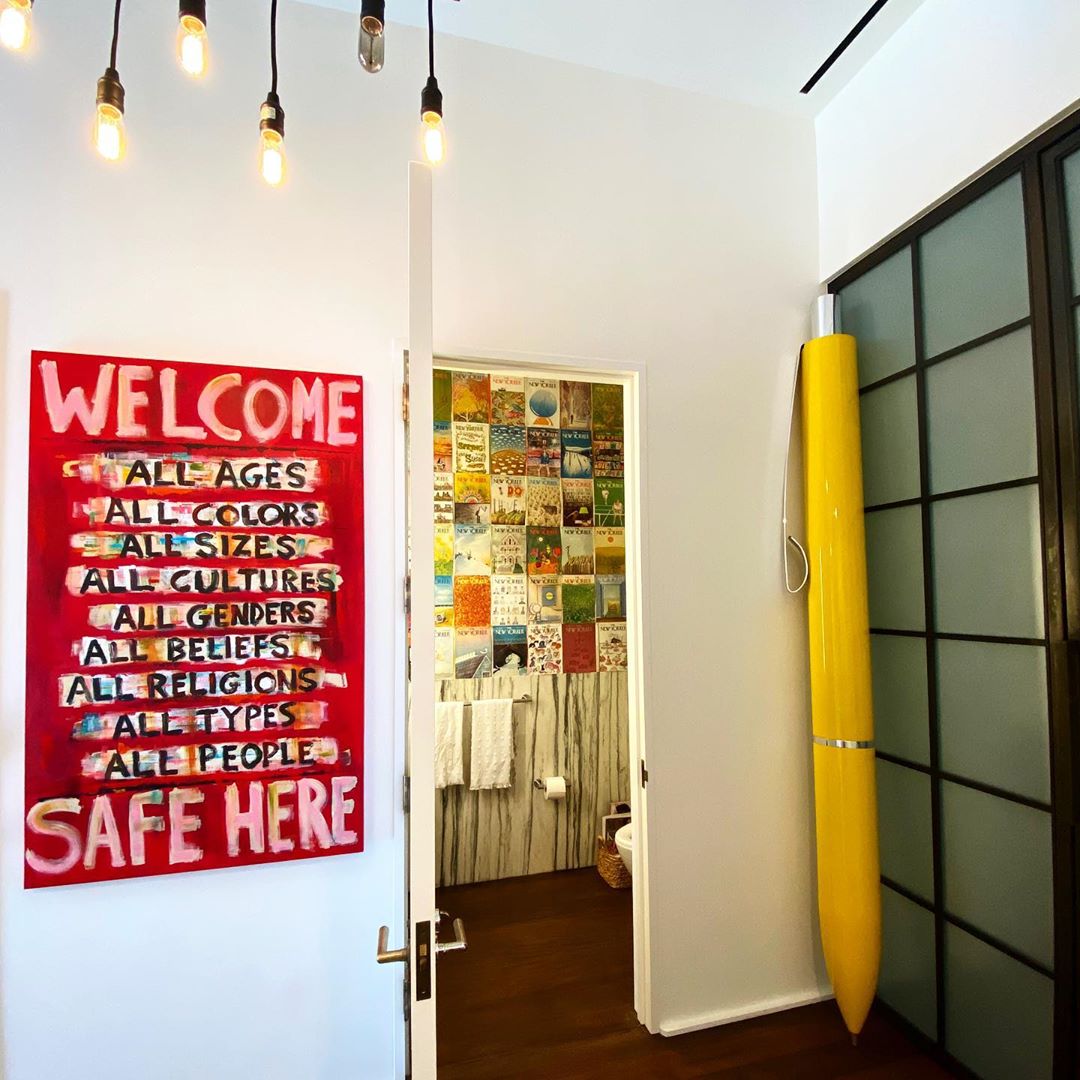 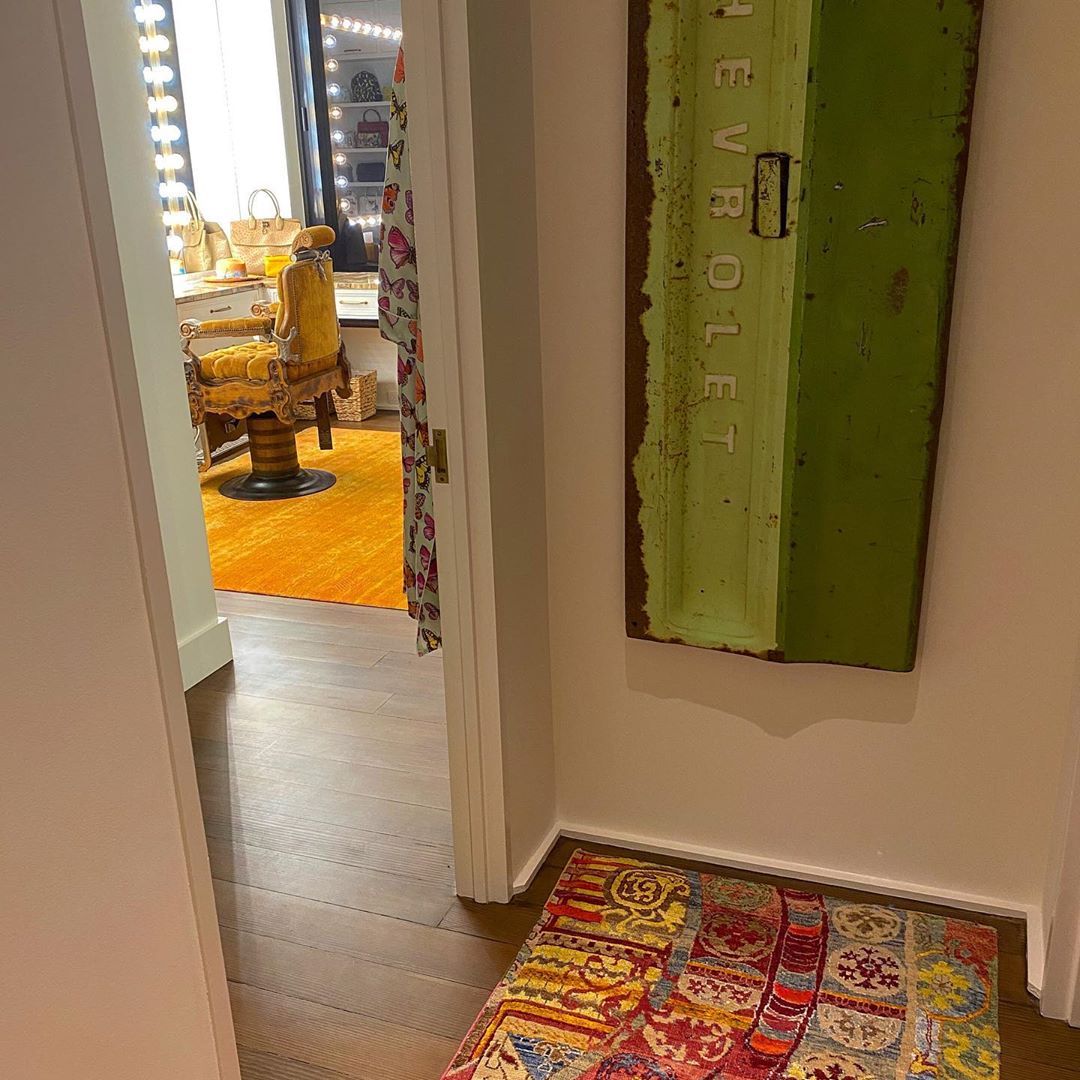 Last week Gigi gave fans a glimpse of her growing bump in an Instagram Live feed.

Sitting in the garden on her mom's farm Gigi explained how she was able to keep her growing tum under wraps for so long.

Wearing a green and white top from Holiday by Emma Mulholland, the star left the shirt unbuttoned to help her cope in the summer heat.

She explained how sitting front on with the shirt loose down the bottom, you could not tell she was pregnant. 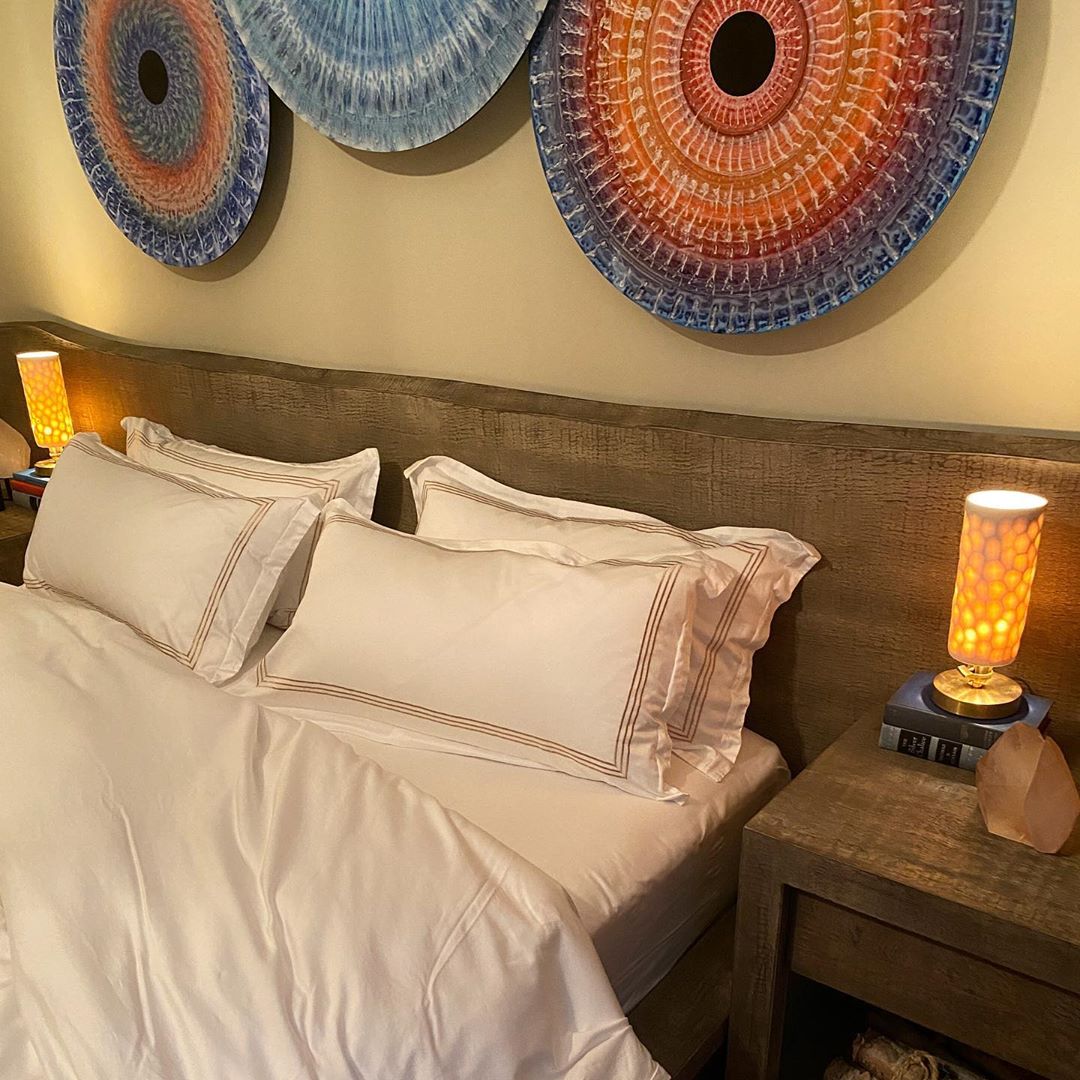 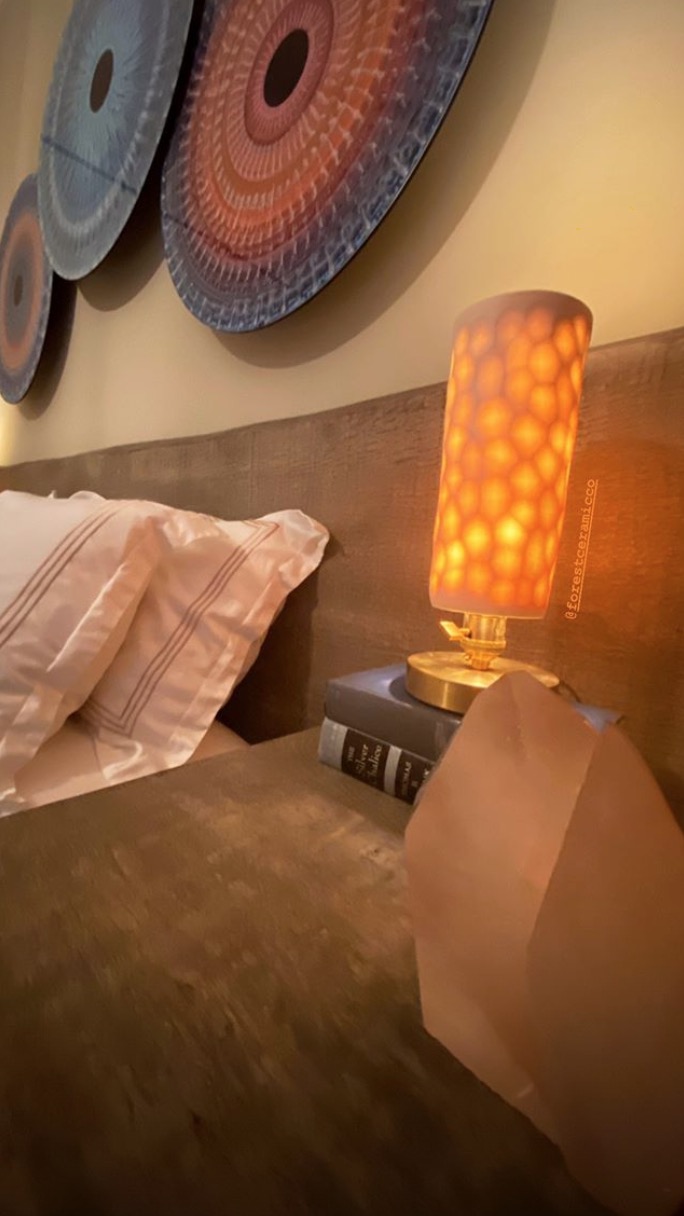 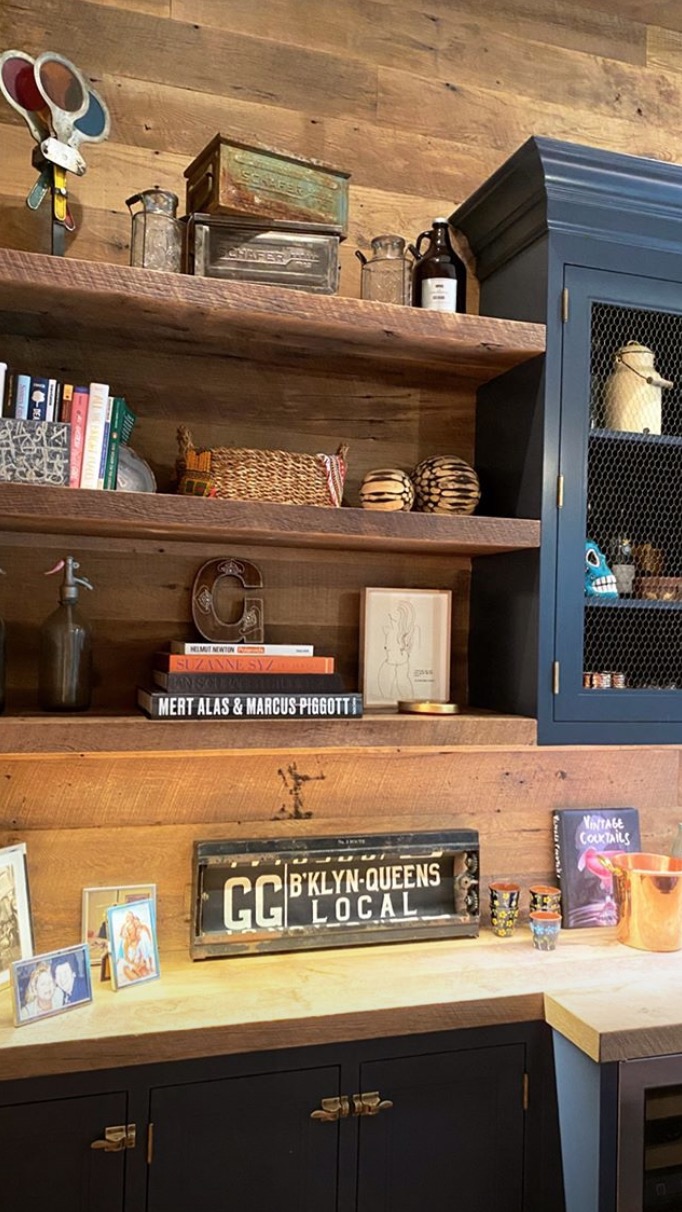 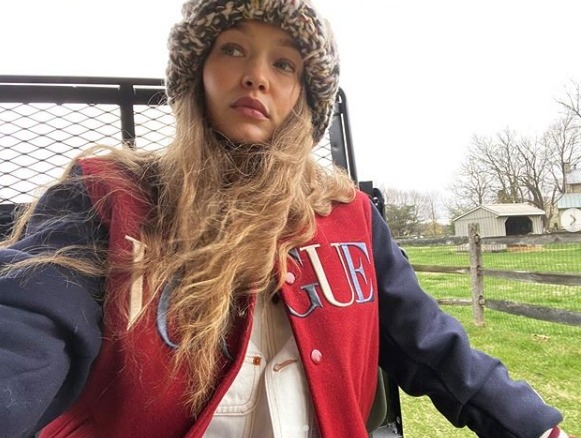 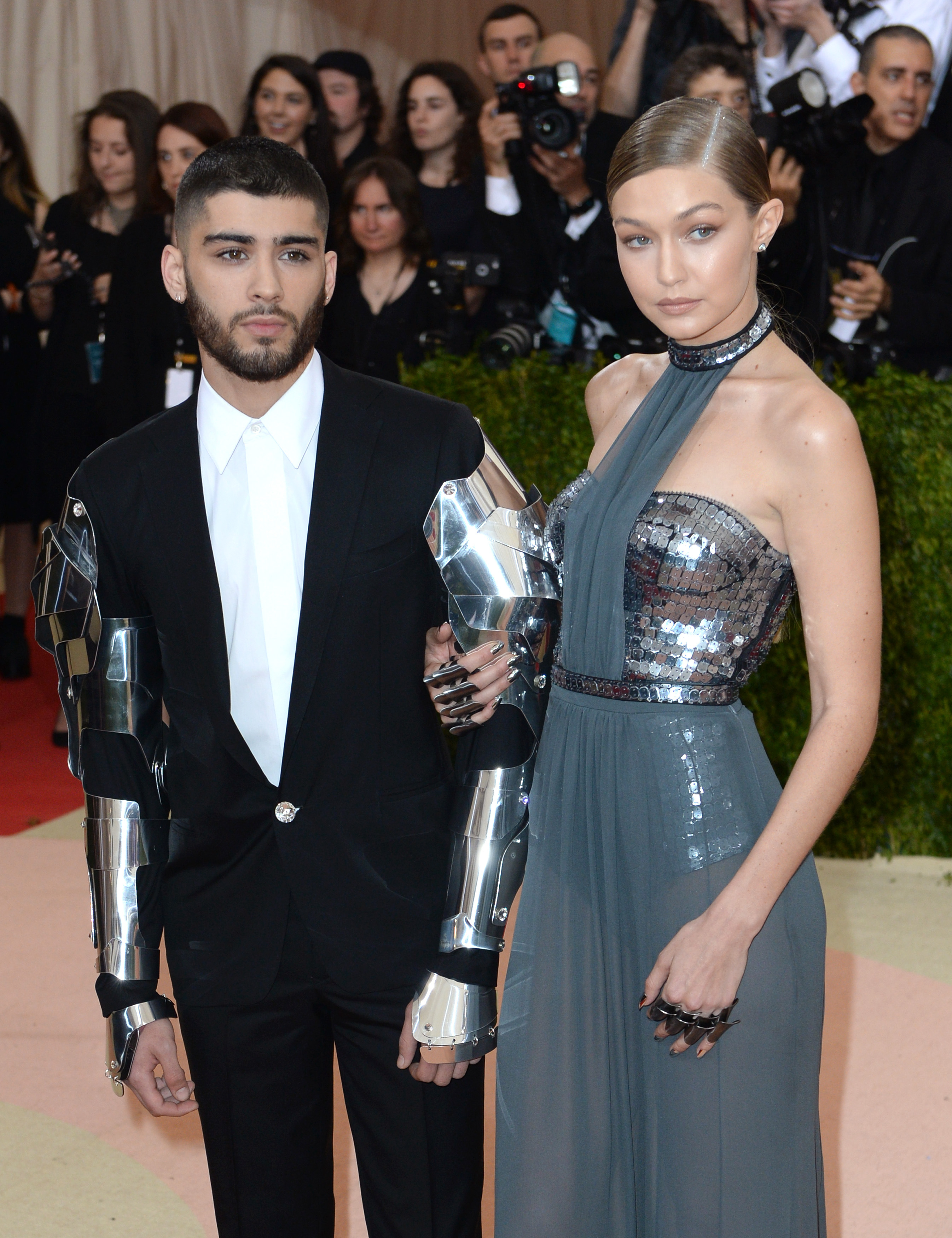 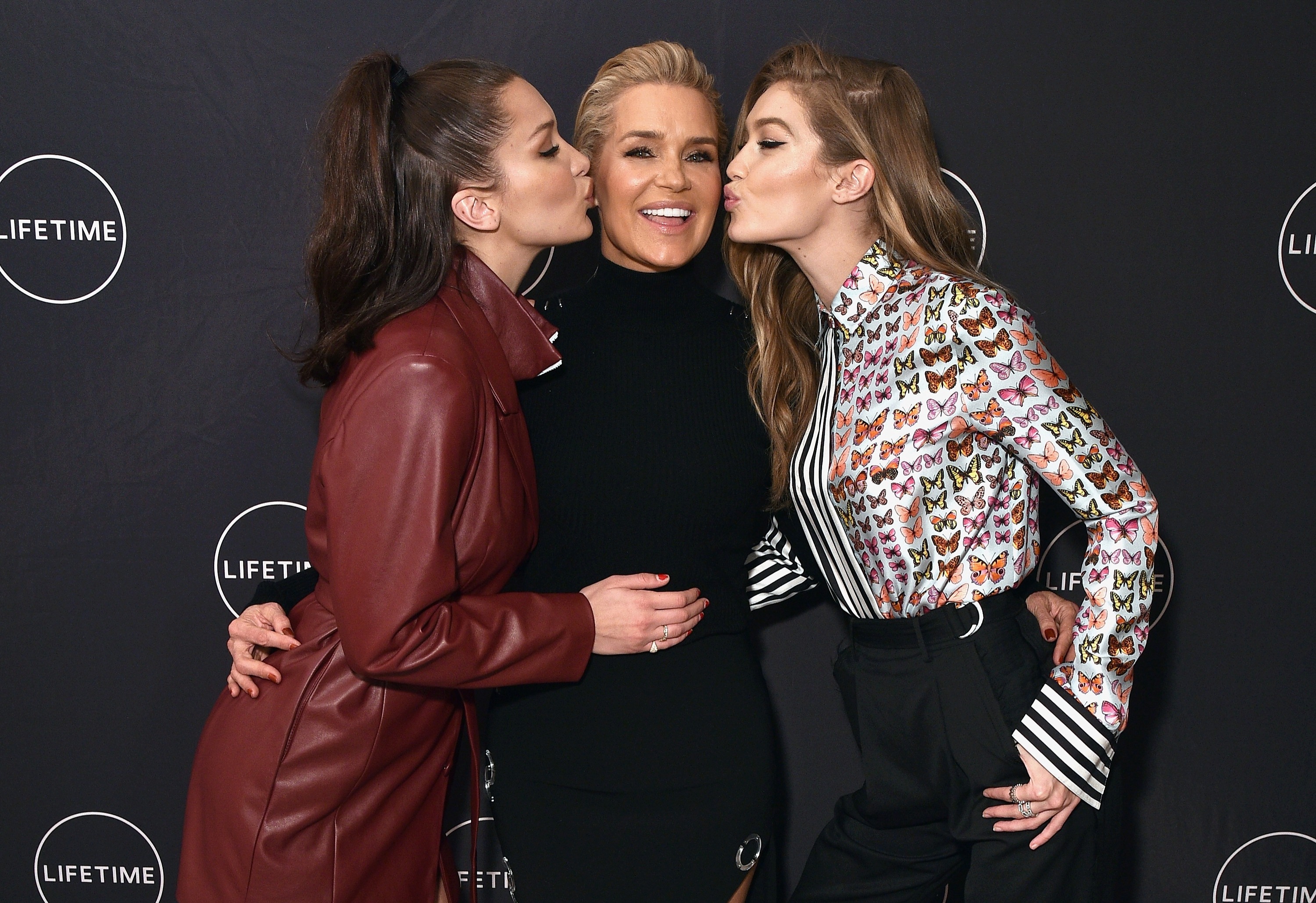 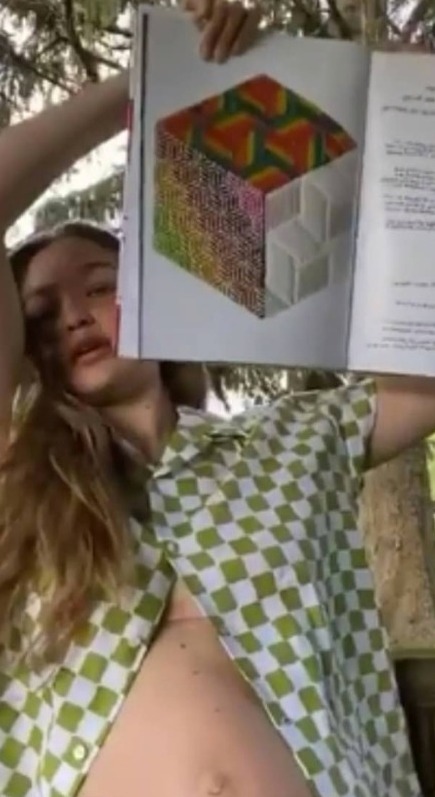 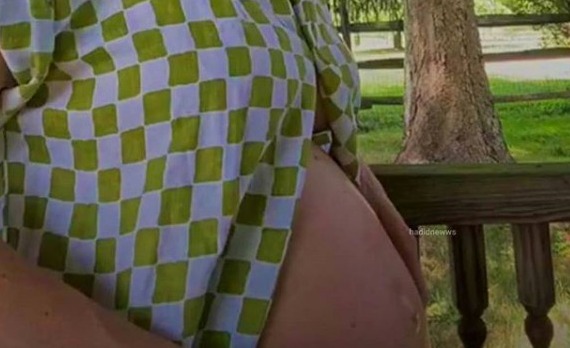 But when she turned to the side the bump was clearly visible, as she pulled the shirt open to show delighted fans her pregnant belly.

Gigi said excitedly: "I have been taking a lot of pictures of my bump and sending them to my friends and family, and it's been really cute and exciting I having been trying to document it because people are saying don't miss it."

The supermodel has remained private about her pregnancy and has not posted any photos of her growing bump on social media.