“You need to be shut down,” the “Morning Joe” co-host rages. “Nobody needs what you have to offer” 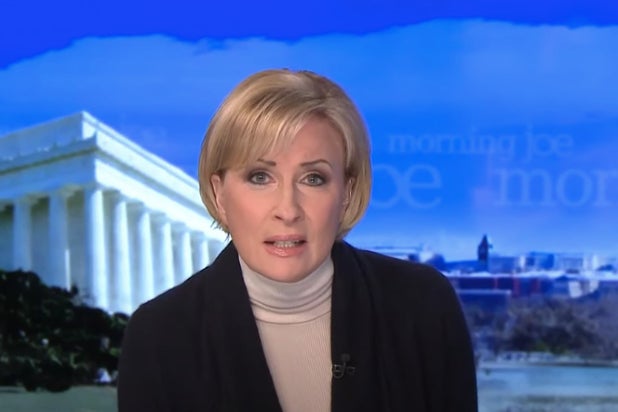 Mika Brzezinski is not going to put Facebook executives Mark Zuckerberg and Sheryl Sandberg into her Top 8 Friends. Oh wait, that was Myspace.

“Sheryl Sandberg, Mark Zuckerberg: You guys are pathetic,” Brzezinski said on Monday’s “Morning Joe.” “You need to be shut down. Nobody needs what you have to offer. You’ve destroyed this country, and quite frankly, it’s still happening right now.”

The MSNBC co-host was heated over Facebook and Twitter’s blind eye to the widespread “misinformation” and “disinformation” on their platforms. Brzezinski also didn’t find the platforms’ respective 11th-hour bans of President Donald Trump to be nearly enough — instead, she called the suspensions “some sort of last-minute suck-up to Joe Biden.”

Too little too late, she said.

Scarborough added that he wants to see Facebook not just regulated, but broken up into “a million little pieces.”

Watch the video above.