ITV viewers tuned into McDonald and Dodds tonight as the drama aired its second episode. The drama, which focused on the working relationship between newly appointed DCI Lauren McDonald (Tala Gouveia) and DS Dodds (Jason Watkins) quickly became popular with those at home as satisfied fans called for more after the series ended this evening.

The drama, which was filmed in picturesque Bath, has captured the attention of those at home after acting as a charming offering to Sunday night’s schedule.

Featuring a cast full of familiar faces, viewers were quickly taken with the cosy murder mystery as they got to work trying to decipher who the killer was.

The second, and final, part of the series aired this evening as the show unveiled the true murder culprit after a long list of suspects were in the frame.

Last weekend’s opener saw McDonald and Dodds have to work together in order to get to the bottom of the mystery surrounding the shooting of a homeless man. 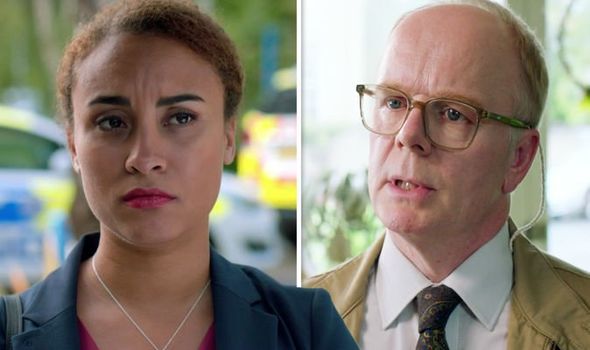 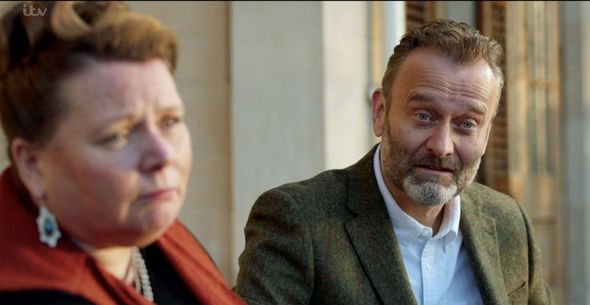 This week, the pair returned to solve another murder as Jane Crawford (Suzanne Packer) was found dead at the beginning of this evening’s episode.

Dodds soon spotted a secret message at the crime scene, which he realised was in shorthand, translating to “the 13th step” as him and McDonald tried to get to the bottom of what this meant.

DS Irene Ross (Charlotte Ritchie) was soon drafted in to help with the case tonight as it later emerged there was more than meets the eye to the copper.

She was acting as a double agent between the police, and those in the retreat, where those closest to Jane were trying to deal with their addictions. 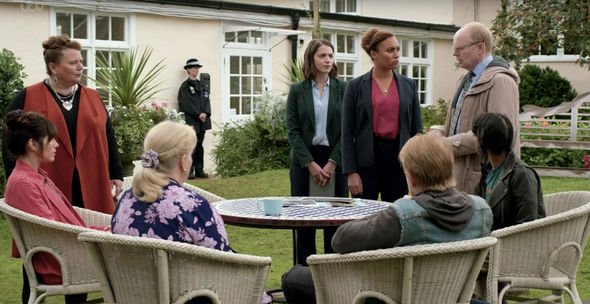 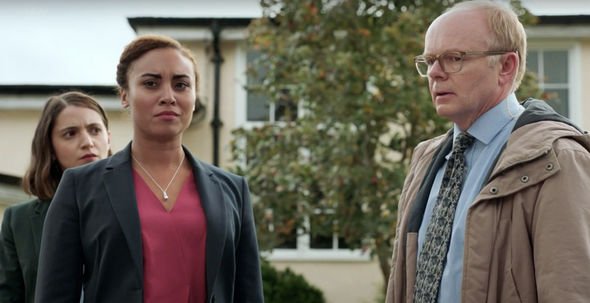 However, Dodds later worked out the murderer this evening was in fact quiet gambling addict, Mary Costair (Michele Dotrice).

He managed to decode the message from the shorthand, and realised the victim had discovered some diamonds, which she had been hiding in a secret location.

Jane decided to kill the victim due to not wanting to split herself up from the rest of the group, who she saw as family and were worried they would flee if they got their hands on the expensive items.

After making the discovery, Dodds told Mary: “Until you found these people your new family, you couldn’t bare to lose them, could you?”

As the show came to an end tonight, many took to Twitter to express their desire for another series, believing it should have had more than two episodes.

Another viewer echoed: “#mcdonaldanddodds ok so I’ve got myself slightly hooked on this series! @Jason__Watkins brilliant as usual. More please!”

“RT if #McDonaldAndDodds should be made into a series,” stated a third.

Jason, who plays DS Dodds, has previously spoken out on the possibility of more episodes to come.

He said: “Audiences love this genre. You’re thinking, ‘Who has done it? How have they done it? How did they get away with it? Is that person lying?’

“We’re constantly fascinated by human behaviour and crime. There is always going to be this human interest in the things people do and try to get away with.

“Trying to work out what people’s motives are. Murder is the most critical of those things. Laced in this drama with a little bit of gentle humour. It’s a lovely mix in the show.

“We never get to know the real first name of Dodds. I have an idea what it is but I can’t share that. I really hope the audience enjoy these two films. We would love to do more.”

Although ITV haven’t confirmed whether the show will be commissioned for a second series, it seems there is definitely support from fans – could there be another series of the murder mystery drama?