Selling Sunset has one very polarizing star. That would be Christine Queen, who brings the fashion statements and drama. Maya Vander weighs in on her importance to the Netflix show and more.

The past couple of seasons has shown Christine feuding with her other cast members. That’s usually because of her comments about them either on the show or in the press.

This continues in season 5. Everyone talks about Chrishell Stause and Jason Oppenheim’s new relationship. While everyone else seems happy for them, Chrishell disses them.

“I was wondering why I wasn’t getting listings. Then I was like, ‘Oh yeah, ‘cause I’m not f*cking my boss,” she told Maya Vander.

The trailer showed Chrishell upset by this comment. But then she told Mary Fitzgerald, “That is rich coming from her. You know what? I am f*cking the boss.”

Most realtors who work at The Oppenheim Group don’t get along with Christine. But would the show work without her? Maya doesn’t think so.

“Christine runs Selling Sunset, let’s face it,” she told Tudum. “If Christine leaves the show, what are we going to have?”

Although Maya sees the power in drama, she acknowledges that she usually stays out of it. “I don’t want to be in the midst of every crazy storyline, even though if I would say more things I’d be featured more,” she said. “I do real estate full time. That’s my job.”

In the same profile, Christine claims she’s just misunderstood. “I think the thing they get wrong about me is that I’m just like everyone else. We have this thing up here that is our brain, and we have this thing here that’s our heart,” she said. “I think the hardest thing is you’re seen one way, and then people don’t realize that you have feelings. People make mistakes, and it’s OK.” 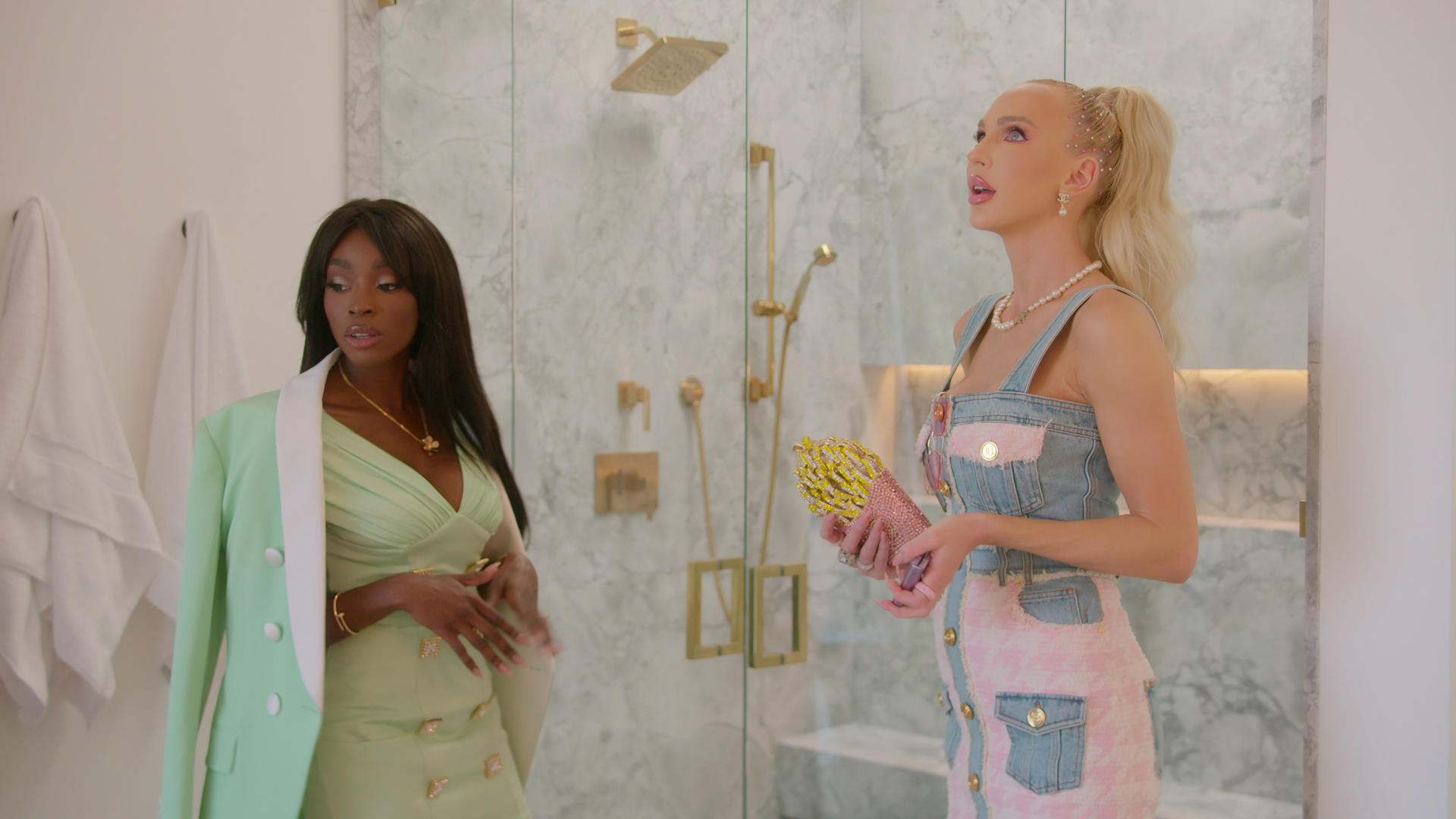 Christine’s employment at The Oppenheim Group comes into question in season 5. Mary tells her in the trailer, “You want to be part of the brokerage? You need to stop disrespecting the other agents.” Christine then denies being the instigator of the drama.

Chelsea makes a deal that if her client buys a property, she can join The Oppenheim Group. But Mary says if she comes in, someone has to go. Then, there is a montage of other realtors, Christine, Vanessa Villela, Maya, and Davina Potraz.

The new season ends `with Christine’s fate at the brokerage up in the air. But she’s still listed as a realtor associate on the brokerage’s website.