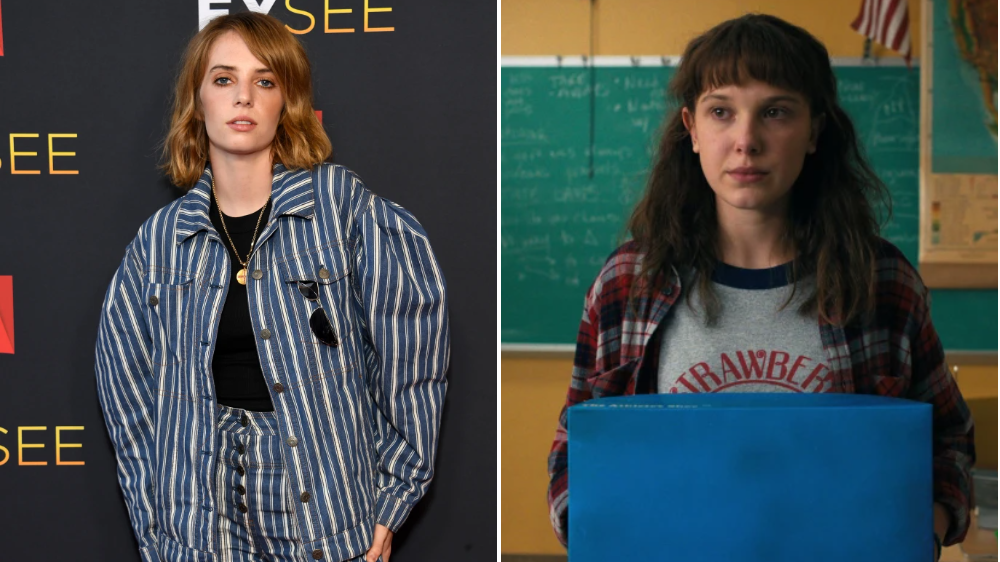 Maya Hawke has actually agreed with her co-star Millie Bobby Brown’s criticism of Stranger Things ahead of season 5.

Basically, there needs to be a big cull as both actors want to see a bloodbath, killing off more of the major characters.

Maya, who stars as Robin in the trippy Netflix smash, was asked if Eddie Munson’s death was the right decision after fans launched petitions to bring him back.

Stranger Things creators The Duffer Brothers have confirmed an Eddie return is unlikely and while Maya said she wouldn’t go as far as saying he ‘deserved to die’, she does think there needs to be more big deaths.

‘I do think the show has too many characters,’ she added to Vanity Fair while taking a lie detector test.

Maya’s remark comes after Millie called The Duffer Brothers ‘two sensitive Sallies’ who need to be more ruthless in the final season.

She joked that at the Hollywood premiere of season four, there were too many actors still in the show to be able to take a photo on the red carpet.

‘There were like 50 of us,’ she said. ‘I was like, “You need to start killing people off”. The Duffer brothers are two sensitive Sallies that don’t want to kill anyone off.

Matt and Ross Duffer, however, stand by their vision to keep the Hawkins gang together.

‘We’ve explored all options in the writing room. Just as a complete hypothetical, if you kill Mike, it’s like… That’s depressing,’ they explained on the Happy Sad Confused podcast.

‘We aren’t Game of Thrones. This is Hawkins, it’s not Westeros.’

However, going into the final season, it feels inevitable at least some of the major players in Stranger Things will be crushed by Vecna, easily the most terrifying villain in Hawkins. The war is on.

Stranger Things is available to stream on Netflix now.