MARTIN Compston has been caught up in an IRA sing-song at a Celtic convention.

The Line of Duty star was a guest at a North American Celtic Supporters Federation (NACSF) event in Las Vegas last night. 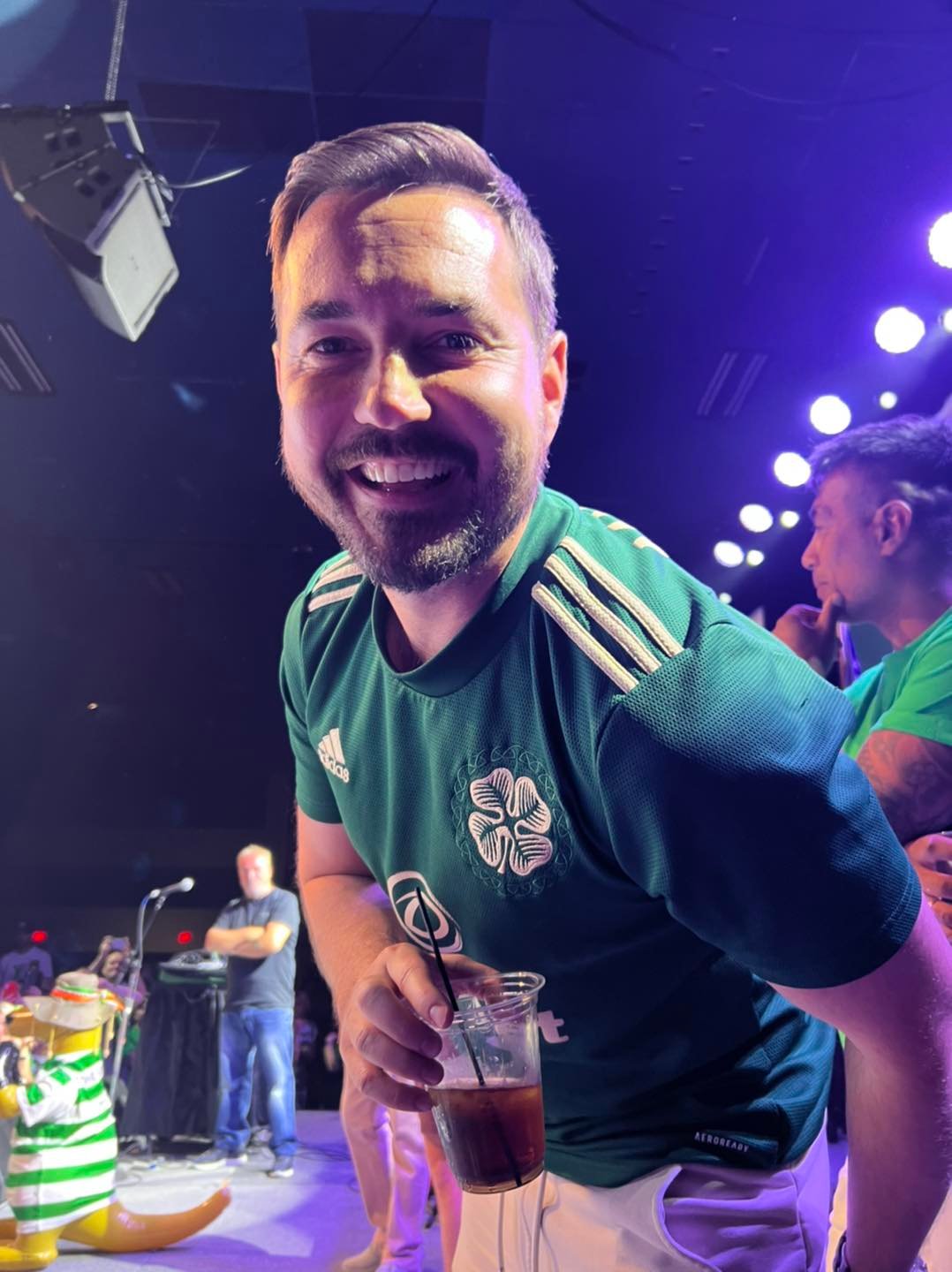 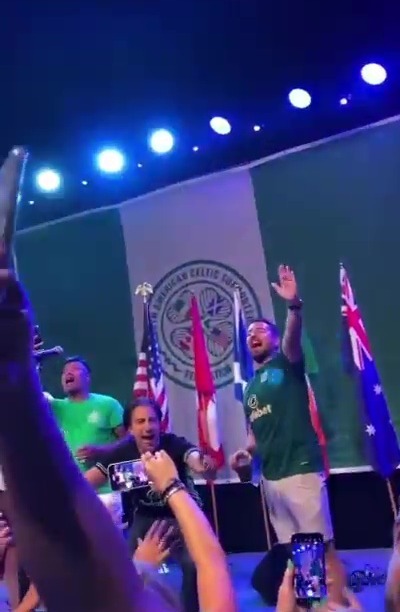 A clip shows the men on stage as audience members sing an IRA chant along to the tune of Daniel Boone's 1972 hit Beautiful Sunday.

Compston, wearing last season's Celtic away top, can be seen pointing in the air as a raucous audience chant "Irish Republican Army. It's the I-I-I-IRA."

The guests on the stage are holding drinks as they get involved with the revelry.

He said: "To be absolutely clear, I 100% did not sing any IRA lyrics. You will see from the footage, I actually pulled up and told others to stop when the words were being changed.

"I’ve spent the last 5years or my life working in Belfast and I’ve seen how people’s lives have been affected by sectarianism. I don’t take that lightly.

"If people want to change lyrics to a famous song I cannot police them, despite my best efforts.

"I was simply singing along to Daniel Boones’ Beautiful Sunday which is played at Celtic Park after every Sunday game."

Nil by Mouth director, Dave Scott, said: "This is a pretty depressing spectacle and those involved in the IRA chanting need to take a long hard look at themselves in the mirror. These are adults not children who might not know any better.

"The worst thing? Children and young people could see this and now think this is totally acceptable behaviour."

Compston, who plays DI Steve Arnott in Line of Duty, lives in Las Vegas but the Celtic-daft star closely follows his favourite team.

The six-day NACSF event started on Sunday and runs until tomorrow.

Compston has never been shy about exposing the sectarian abuse he receives online.

In March last year he called out a Twitter user who called him a "Fenian c***".

Compston said: "A man concerned with racism and discrimination.

Unless you’re a catholic of course."

Compston told fans: "A quick scroll of their timeline shows despite sectarian tendencies she cares passionately about rescue dogs – terriers not t***iers."

He was also called a "T*** parasite" by another user.