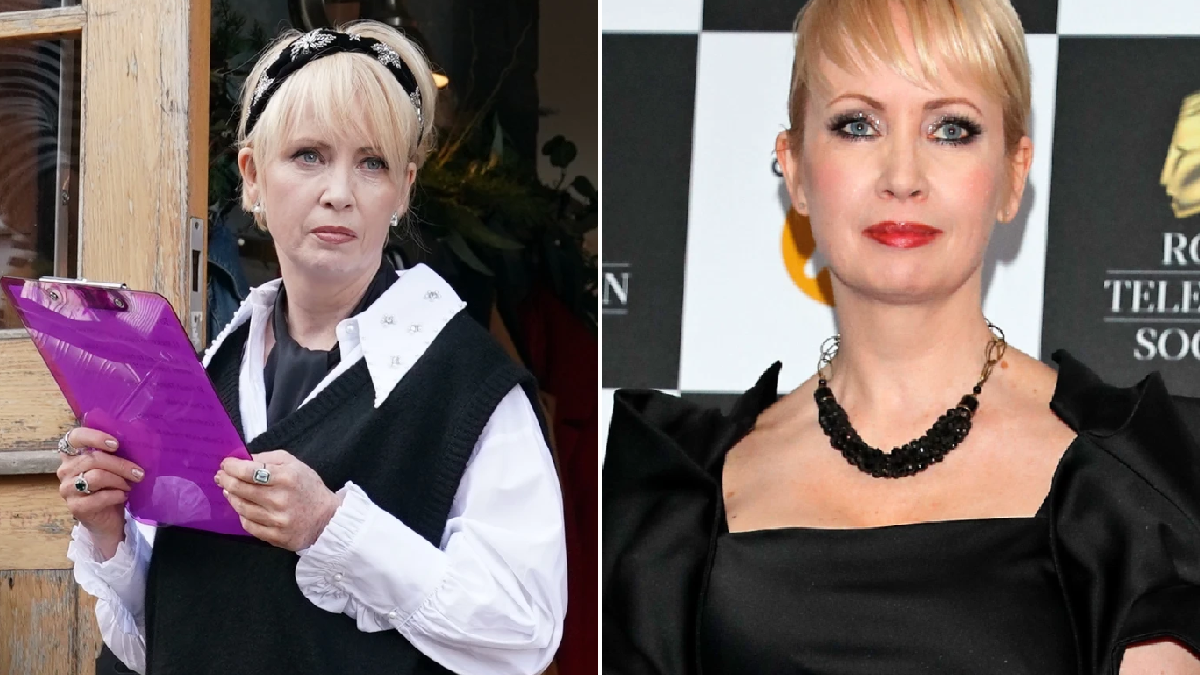 Lysette Anthony has hit out at Hollyoaks in the wake of her exit.

The actress, who portrayed Marnie Nightingale, made her final appearance in the Channel 4 soap on Wednesday (January 12), after her character was killed off in a shock twist.

Upset with the events that led to her departure, which included very public clashes over the handling of a race row at Hollyoaks, the 58-year-old has now taken to social media, telling her followers that she has ‘a story to tell’, after what she described as ’18 months of humiliation’.

‘Ask yourselves this’, Lysette wrote on Instagram. ‘Why oh why have @hollyoaksofficial EXTENDED my contract a few weeks back until the end of February..? RIP Marnie..etc.. boo hoo.. ??’

Lysette took aim at Lime Pictures, which produces Hollyoaks, telling the company to ‘clear up’ their ‘sh*t’ and apologise to both her and her son.

‘@limepicturestv – you’re a TV production company not Tin-Pot Dictatorship,’ she continued. ‘Clear up your sh*t, then form an orderly line and APOLOGISE.. to myself and my son. What we have been put through beggars belief… I understand that Mao is having a bit of a thing in China. But Childwall?

‘Personally I am SO OVER this ‘Cultural Revolution’ gig- lite,’ she continued. ‘You certainly excell at forcing Dreamers to crawl. And as for the DISGUSTING sign you have FORCED me to wear for 18 months. May you rot in hell…’

‘I have been warned by speaking out I may ‘never work in television again’. Ok. Fine. I am retiring. Go f*** yourselves.. my days of abuse are OVER.

In addition to her statement, Lysette shared a screenshot from an article, which discussed how former co-star Rachel Adedeji branded her ‘trash’ in reference to a WhatsApp message, thought to be from Lysette.

Rachel publicly condemned Hollyoaks in June 2020 over their response to the Black Lives Matter movement, revealing that she had suffered racist abuse on set.

A host of her castmates shared their support, including Charlie Clapham (Freddie Roscoe) and Amanda Clapham (Holly Cunningham).

Charlie, however, shared a screenshot from a WhatsApp group chat, which showed a message thought to be from Lysette – with all other names redacted.

Lysette’s exit from the show came as a shock, as Marnie was seemingly okay in the wake of the explosion at the soap’s signature patisserie.

She had, however, suffered a head wound, which was seemingly untreated. She passed away, after resting her head on pal Donna-Marie Quinn’s shoulders.

Former Hollyoaks actress Sarah Jayne Dunn showed her support for Lysette in the wake of her post, commenting with two clap emojis and a heart emoji.

Metro.co.uk has reached out to Hollyoaks and Lysette’s reps for comment.