For Pixar director Enrico Casarosa, “Luca” (streaming June 18 on Disney+) became an opportunity to explore the topical theme of inclusion in his 2D-inspired bromance between two sea monsters on the Italian Riviera. The 13-year-old Luca and best friend, Alberto (Jack Dylan Grazer), magically turn human on land and share an enchanting summer eating pasta, riding Vespa scooters, and diving off the rugged cliffs into the turquoise water, soaking up the beauty of the pastel-tinted seaside town. But they must hide their secret identities from the townspeople who believe sea monsters are dangerous creatures.

“It was a wonderful journey finding that theme and how it related to friendship,” Casarosa said. “From day one, I could tell there was something interesting about having a kid that age with this secret — the fact that he can’t show himself.”

Pixar’s chief creative officer, Pete Docter, even told Casarosa how much the theme personally resonated with him. “He said he felt that way as a kid — those years where you feel odd in your own body and you don’t fit in for many different reasons,” added Casarosa. “So something felt right talking about that age with the setting of a changeling, someone actually hiding his true self naturally because he has to. And then we figured out how best to portray it. It does become this metaphor for the other, and everyone can be specific about how it relates to them.”

In keeping with the hand-drawn, storybook look, which was new to Pixar features, the sea monsters required special attention and lots of retooling. The art and animation departments referenced fish and marine iguanas and plants for the hair paddles, while Casarosa provided drawings of Luca as an alter ego of his human form. “We wanted someone with big eyes to take in the world and I could do it in both worlds,” he said. “So I would do my lollipop [shape] and underwater put some fins and some blowy hair. 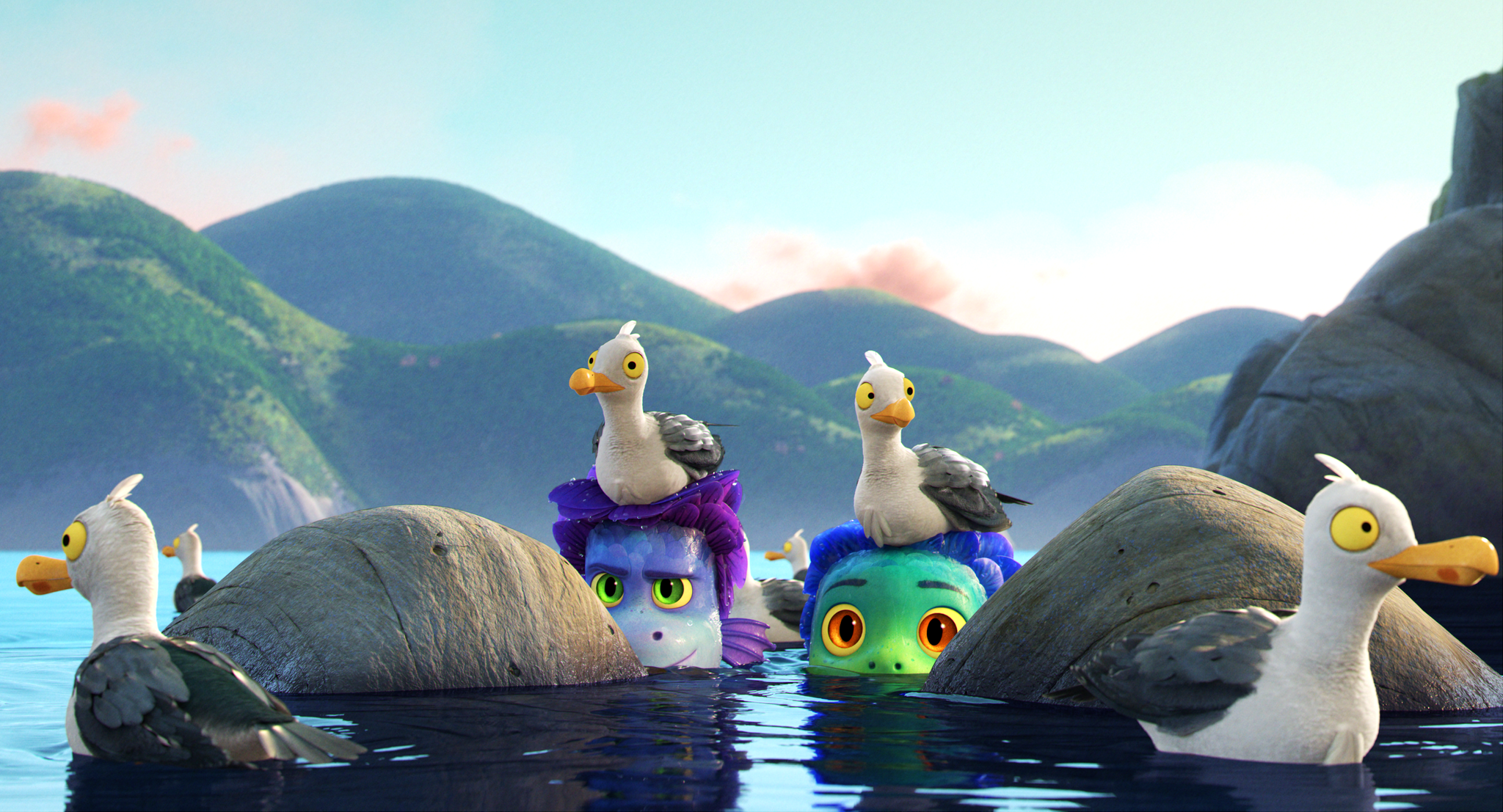 “Initially, I drew tentacles on Alberto’s hair, but it looked disgustingly alive. We thought a lot about appeal and contrast between [the purple] Alberto and [the green] Luca. Alberto has sharper fins, inspired by a tuna, because he’s a faster swimmer, while Luca has softer, rounder shapes.”

Casarosa had his Pixar team sign up for a quest: to fuse 2D with CG in a way that was visually empowering for the artists yet still worked mechanically. “We know we want different, we know we want inspired by 2D, we know we want inspired by Enrico’s drawings having rough edges and watercolor textures,” added producer Andrea Warren. “But, at the end of the day, what is on the screen? We made that clear, when we cast the show, that everyone had to find it. But it required a search. It was so exciting when you discovered pillars of it with the right shapes and textures.” 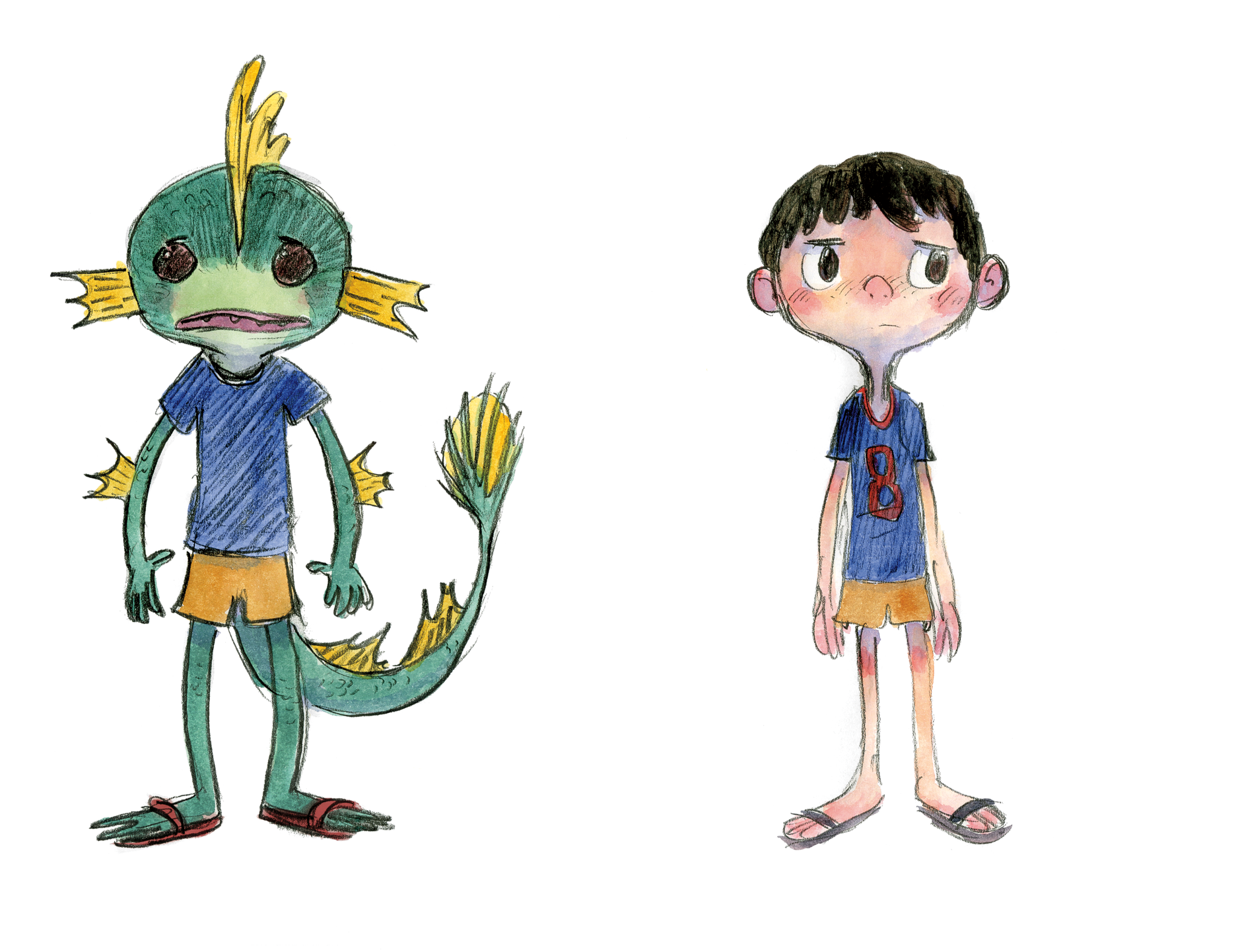 The hardest part, though, was the crucial transformation between sea monster and human, which occurs throughout the movie whenever Luca and Alberto go swimming or unexpectedly come into contact with water and the fear of discovery heightens the danger. Again, they studied nature along with the always handy Miyazaki. Pixar put a lot of technical resources into it early on as part of a separate artistic journey.

“If we only just do scales disappear is that enough?” the director said. “We found these Chromatophores that are almost like cells inside a squid [for camouflage]. It looked almost like if you put watercolor on some water, the watercolor would spread, so we thought that would be really fun if there were two elements: retracting so there’s a hiding of yourself and biological because it’s natural. Those became difficult because we realized half-way through that the transformation occurs at different moments. We want to revel in it in the beginning, but we wanted it quick later on, so we knew we needed a lot of control and gave it to the animator.”

One of the first explorations was how the body experiences the transformation. It was through this inside/out approach that they hit on the idea of building two separate character rigs for the human and sea monster versions of Luca and Alberto to provide more options. They also settled on a combination of simulation and hand-drawn techniques.”We looked at birds, chameleons, and octopi,” said character supervisor Beth Albright. “We wanted the transformation to feel like it was internal to Luca and not like a suit that was appearing over him or coming off.”

In addition to the retracting tails or fins, you saw fingers or toes disappearing or splitting into more digits. “We started out knowing that we wanted ripples to come through the characters,” added Albright. “That’s something you see in several Miyazaki films when there’s a change and a wind goes through them or something. We also realized that we needed a lot of layers so the artists could pull those bands apart and adjust the timing and focus your eye where they wanted.”

They deliberately sized up the scales in keeping with the bigger, bolder shapes. That contributed to the illustrative look of the sea monster skin. “Even though we were going to animate the scales and geometry flipping around during the transformation, instead of generating them in a procedural way, we had an artist paint on a body exactly how we wanted the scales to be,” Albright continued, “and generated them from that so we could have that artistic touch and placement, and randomization, and really see the hand of the artist in the final work.”

The most difficult transformation to pull off was when Luca spits in Alberto’s face and it splits in half. There’s no flipping and the boundary to fill in was much harder. “It’s like doing a magic trick,” added character supervisor Sajan Skaria. “Things disappear but it’s a sleight of hand. If you look through it, you’ll see all the detail and where we’re hiding things.” 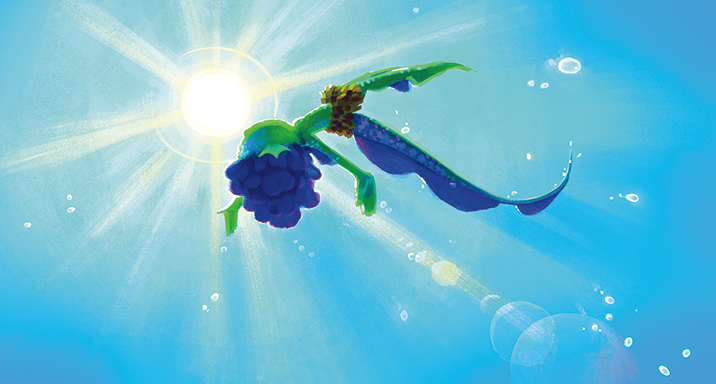 One of the problems in splitting the face was that sea monsters don’t have noses, “and that’s gonna look super weird,” Albright said. “So you have to make that transition happen in a different way that feels really connected to both sides without drawing attention and getting the face all polka dotty.”

“The key part of this process was not being frozen with fear because there are so many details that might’ve stopped us from doing things,” said Skaria. “We just built these two characters, put them in the same space, [got the sliders] and worked from there.”

In director Casarosa’s mind, Luca had to evolve so he could hide in plain sight. “It was important that Luca never felt that he was going into that [human] world by hiding. He’s not going to hide. The world will have to come around and accept him.”