Former Love Island star Idris Virgo spoke to writer and broadcaster Guto Harri today on GB News as Virgo discussed how the ITV reality show changed his life. However, during the interview, Virgo fell off his chair and audiences wrote about their frustration at the moment on Twitter.

Former Love Island star Idris Virgo was a guest on GB News today to discuss his experience on the ITV reality show.

The series is gearing up for its return on Monday, June 28 so broadcaster Guto Harri interviewed Virgo about the famous programme.

However, towards the end of the segment, Virgo was rocking backwards on his chair and eventually fell off.

As the GB News studio laughed the moment off, Virgo’s accident appears to have annoyed viewers with some calling it a stunt. 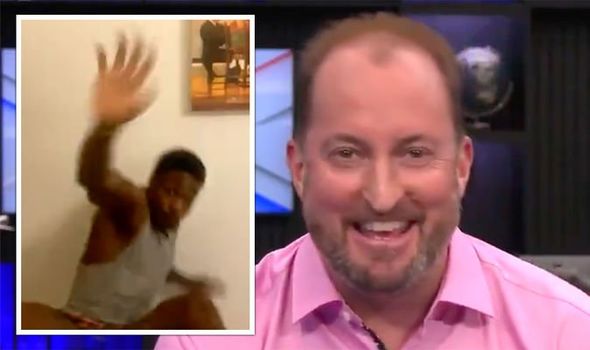 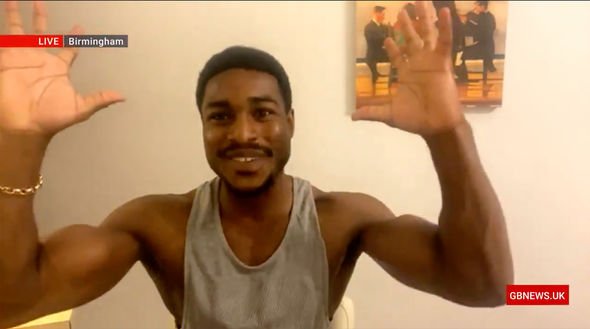 One person took to Twitter, immediately responding to the moment, declaring: “It was an act.”

“It’s ok. It’s all for attention,” another annoyed viewer commented.

Another described it as a “glorious shambles”.

Though, another disagreed saying: “Okay this is actually quite funny at the end there.”

After Virgo got back up again, someone else joked: “Strong back muscles probably took the brunt of the fall.. hope he is okay.” 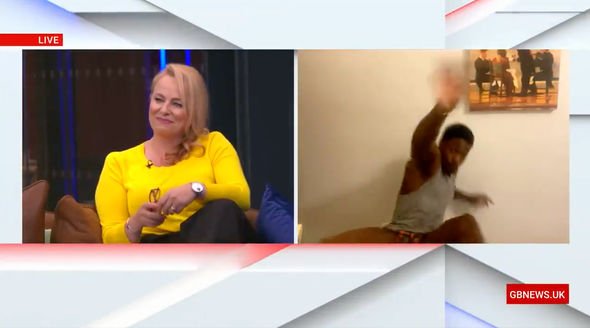 There was also a lot of criticism regarding the GB News team discussing Love Island and reality programmes on the news show, with many arguing that it was not the place to discuss such “mindless” things.

“All of those words make me want to vomit and turn back to bbc….so much for a breath of fresh air,” another irritated audience member stated.

“Thought you were a ‘News’ site??” another added.

Someone else left a comment about the choice of guest, saying: “Jesus Christ talk about bottom of the barrel, you’ve scraped through the barrel into the floorboards [cry laughing emoji].”

Upon viewing a video on GB News about his time on Love Island, Virgo said it “brought back a lot of memories”.

He continued by describing his experience on the show, saying: “To be honest, Love Island has changed my life, I think it’s a great programme.

“In a sense, it boosts your confidence as well.

“Going into the villa, knowing you’re being filmed 24/7, meeting some fantastic people, obviously [the] sun as well, lovely weather, I really think it was life changing. (sic)

Virgo then added that he doesn’t consider his appearance “too harshly” and that he wasn’t cautious about going on the show.

He further stated that he wanted to “embrace” the experience and that the whole thing was “fantastic”.

“I wish I could do it again to be honest with you.”

But, as Harri thanked Virgo for joining him and for “showing us your guns”, the Love Island star fell off his chair after rocking on it a bit too far.

Harri laughed and said: “Don’t know what happened at the end there!”

Another fan said: “GB News. One of the funniest moments I’ve seen on live TV. Kinda feel sorry for the fella. Bu it was hilarious. Don’t lean back on your chair.”