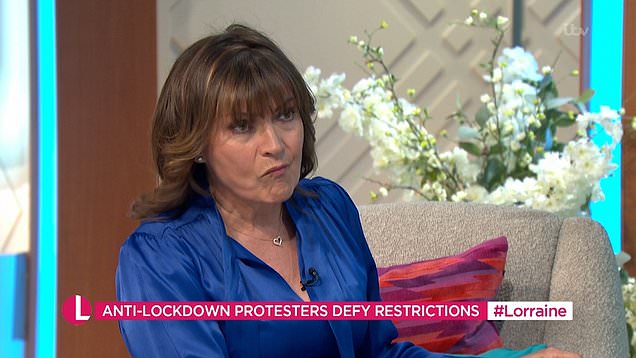 Lorraine Kelly has ripped into the anti-lockdown marchers who descended on Hyde Park over the weekend, arguing they ‘don’t deserve an opinion’.

Demonstrators hurled bottles as officers attempted to disperse the crowds in the central London park on Saturday, the Metropolitan Police confirmed.

Two officers were taken to hospital but their injuries are not believed to be serious.

Reacting to the shocking scenes, Lorraine said on her ITV programme on Monday: ‘We’ve anti-lockdown protestors, nobody social distancing.

‘Honestly, when I see this I think they should all go to an intensive care unit and see the reality. I know people are entitled to their opinion but sometimes they don’t blinking deserve it.’

She added: ‘It is terrible. It really is.’

Dr Hilary Jones then weighed in: ‘You kind of wonder when they become ill, and some of them will, whether they will want treatment from our wonderful NHS. I suspect they will. 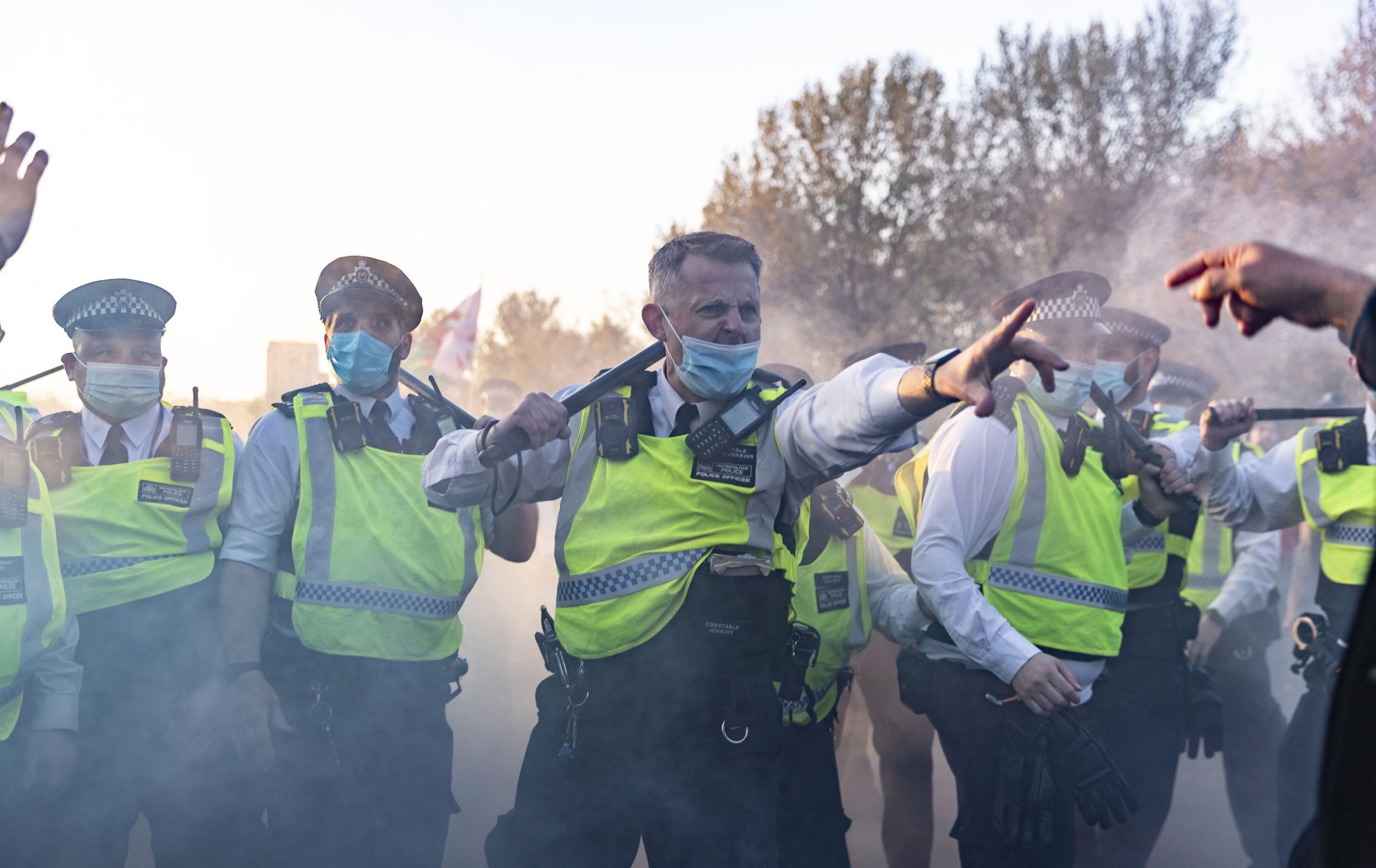 Condemning some of the protestors’ violent behaviour, he continued: ‘Eight police were injured, why are they throwing bottles at police and attacking police women.

‘All these police staff are somebody’s father, mother, son and daughter. Their human beings and they’re just doing their jobs.’

Lorraine replied: ‘We are trying to get back to normality – scenes like that don’t really help but things are opening up.’

Dr Hilary said: ‘I think it’s good we’re doing it cautiously,’ adding that ‘we can’t rest on our laurels and undo’ all the hard work to reopen the country.

Lorraine airs weekdays at 9am on ITV.

Got a showbiz story?
If you’ve got a celebrity story, video or pictures get in touch with the Metro.co.uk entertainment team by emailing us [email protected], calling 020 3615 2145 or by visiting our Submit Stuff page – we’d love to hear from you.