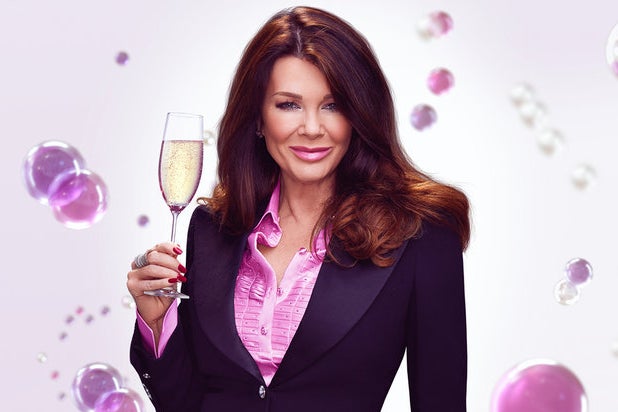 For the last year, Lisa Vanderpump has kept a close eye on COVID numbers.

Her restaurants — which employ dozens and serve as the backdrops for her reality series “Vanderpump Rules” — were mandated to shut down to stop the spread. Her husband, Ken Todd, is 16 years her senior, and considered part of the vulnerable population.

So the restaurateur-turned-reality star went into quarantine at her home Villa Rosa, joined by her husband, daughter Pandora and son-in-law Jason (her son Max has “gone to the mountains to teach autistic children”). Vanderpump passed the time caring for her family and pets, working on her podcast, and, as she tells TheWrap, “cooking up a storm” and experimenting with table settings “many different ways.” Those meals lead to the creation of her new E! series, “Overserved with Lisa Vanderpump.”

“The production company [Evolution Media] that I always worked with ‘Vanderpump Rules’ and ‘Real Housewives’ asked, ‘If we’re in an ideal world, what show would you do at home?’” Vanderpump recalled. “I thought, well, I would love to do a talk show. But how? How could I do that? And then I thought but my passion is entertaining. It’s all about the visuals. And it’s about food and cocktails and all the things that I’m used to doing. So they said, “Why don’t you do the two of them together have an entertaining show where you can pick people that you’ve always wanted to meet?”

Vanderpump loved the idea but was cautious about opening up her home to guests and a production crew.

“COVID rules are very, very stringent,” she explained. “We had COVID officers. We still had to maintain the six-foot apart. And we did everything outside, or if we were in a room, all the doors or windows around were open. It was very strict with testing.”

Gone were the cheek-to-cheek air kisses synonymous with the reality TV star. There was no hugging between her and longtime friends like Lance Bass, who is the first guest along with his husband Michael Turchin and actress Vivica A. Fox. Guests served themselves or by the hosts; there were no extra waiters, no shared plates and no shared utensils. And the dinner itself was held at a grand table with guests sitting on opposite sides — through editing, things still felt intimate.

As beautiful and celebratory as each meal was, Vanderpump teased some poignant moments, including an emotional revelation from guest Loni Love. And of course, the entire series being filmed during a global pandemic.

“It was great to be working. All my restaurants have been closed. And it’s been very, very difficult for the restaurant industry. And you know, that’s our job. That’s our livelihood,” Vanderpump admitted. “So to be working, and be really creative, and 10 people in my house having a bloody good laugh. It doesn’t get any better than that.”

In addition to the show, Vanderpump is excited that her restaurant PUMP is reopening with limited capacity on Wednesday, March 17 as restrictions lift in Los Angeles County (SUR has been providing outdoor dining, while Vanderpump told E! News that TomTom “is not worth opening” until they up the capacity inside just a little bit”).  As for her eponymous show “Vanderpump Rules” coming back, she said that “we want the restaurant to be back to at least 50 percent capacity before [filming].”

Still, Lisa Vanderpump is keeping busy. In addition to reopening her restaurants, she has two other series in the works, focused on her other love: animals. Dog-grooming competition “Pooch Perfect” will premiere on ABC March 30, while “Vanderpump Dogs” is slated for streaming service Peacock later this year.

There hasn’t been much released about that series, but Vanderpump told TheWrap exclusively that it’s the opposite of “Pooch Perfect,” featuring personal and heartwarming stories about rescue.

“Overserved with Lisa Vanderpump” premieres March 18 on E! Check out the trailer below: