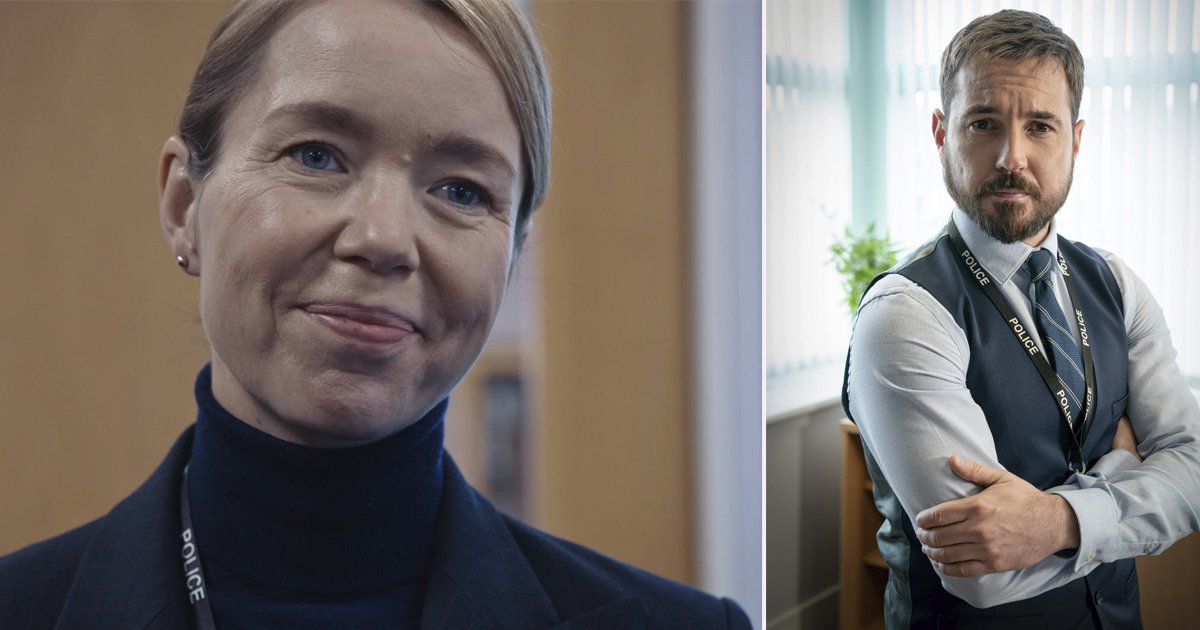 Martin Compston has had his say on the wild Line of Duty theories ahead of the series six finale – revealing one particular idea is totally wrong.

We’ve all been glued to our screens for the past seven weeks, and the many years before that, attempting to try and figure out who the elusive ‘H’ is.

There have been some intense theories floating around on their identity, with viewers going so far as to take mysterious kitchen tiles, building shapes and graffiti as huge clues.

Chatting about the ideas on the Jonathan Ross Show, Martin – who plays AC-12’s Steve Arnott – revealed that one particular assumption couldn’t be further from the truth.

The actor and co-star Vicky McClure (Kate Fleming) were questioned about a quote from Jimmy Lakewell, which was, ‘Look beyond the race claim to find H’.

Fans took that to mean that, by taking the letters ‘race claim’ out of Carmichael, you are left with ‘H’, putting the seemingly dodgy Patricia Carmichael (Anna Maxwell Martin) right in the frame.

Pouring ice told water on this, the star laughed: ‘Do you know what I love about that one? It’s so spot on, but that line never got said…

So that’s that then…

Martin also revealed that his Instagram DMs sometimes ‘get out of hand’ as excitable fans share their affections for him.

Spilling the beans on those wild messages, he added: ‘The Instagram DMs get a bit out of hand…

‘A lot of stuff I wish I hadn’t seen… I need to stop looking at them.

‘A lot of marriage proposals and a lot of proposals of other stuff from both sexes, I must say.’

Millions have been tuning into the record-breaking drama every week, with Sunday’s finale predicted to draw in many more.

BBC bosses recently released an intense trailer for the episode, suggesting that long-running mysteries will finally be cleared up.

Discussing the eagerly-anticipated episode during an appearance on the Shrine of Duty podcast, Martin didn’t give too much away but vowed it would be ‘chaotic’.

‘There’s a lot of chaos coming this Sunday,’ he said. ‘A lot of big answers coming.

‘I think it’s deserved, people have stuck with us for such a long time there comes a point when the natural story arc is coming to an end.’

Line of Duty concludes on Sunday, at 9pm, on BBC One, while the Jonathan Ross Show continues on Saturdays, at 9.35pm, on ITV.