His debut in last night’s episode was all the more surprising for fans as the Northern Irish actor had previously lied about his anger at being snubbed for the show. 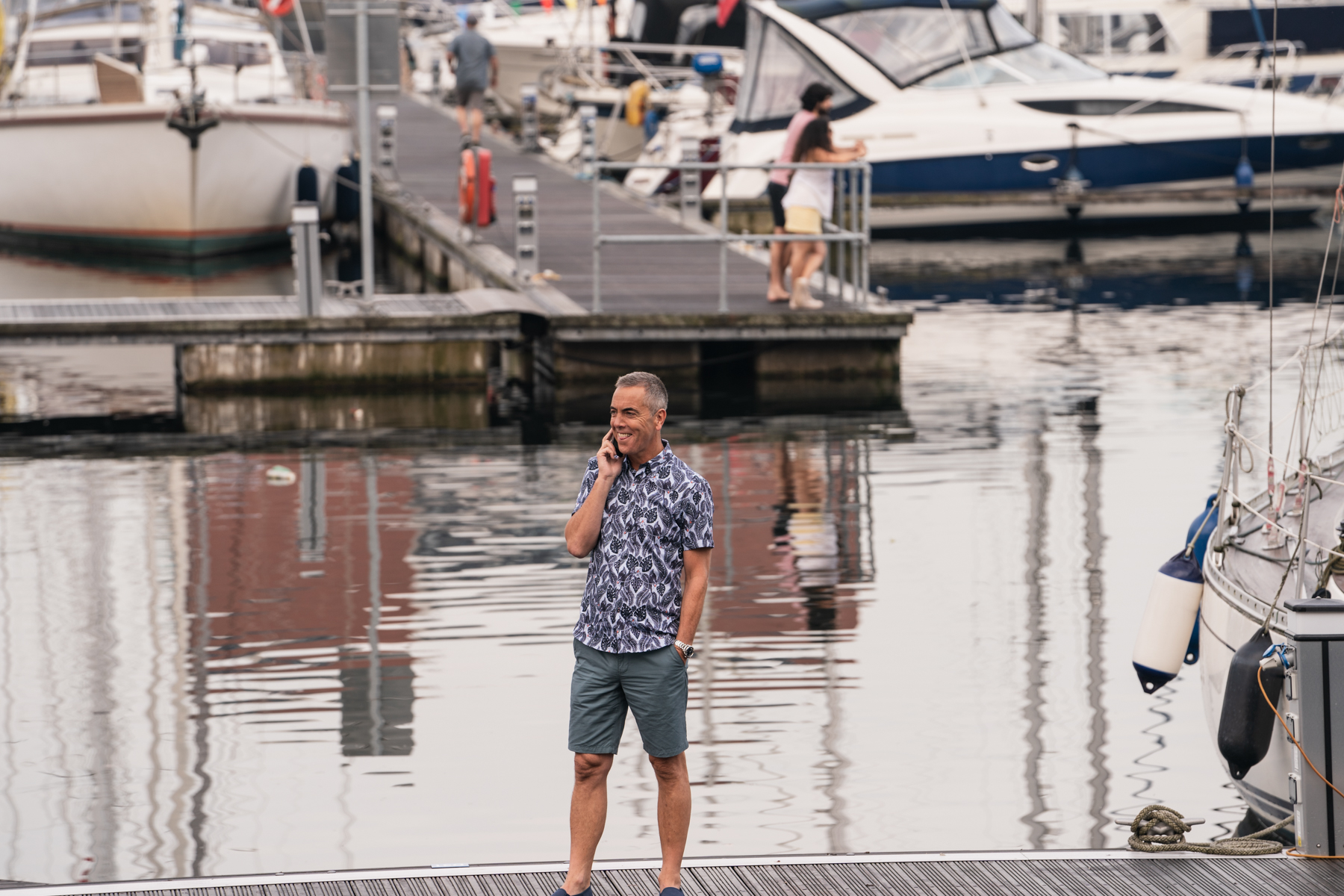 While promoting another police thriller also shot in Belfast, James told reporters: “Even though Line Of Duty had been shot here for years I was never considered for it, which has always slightly galled me.”

But the misdirection was all a ruse cooked up with Line Of Duty creator Jed Mercurio to keep his appearance top secret until the big reveal.

James, 56, was filming BBC1 series Bloodlands — which aired in February and was produced by Jed — when he was asked to join Line Of Duty.

As both shows are filmed around Belfast, it gave Cold Feet star James the perfect cover story when spotted out filming. 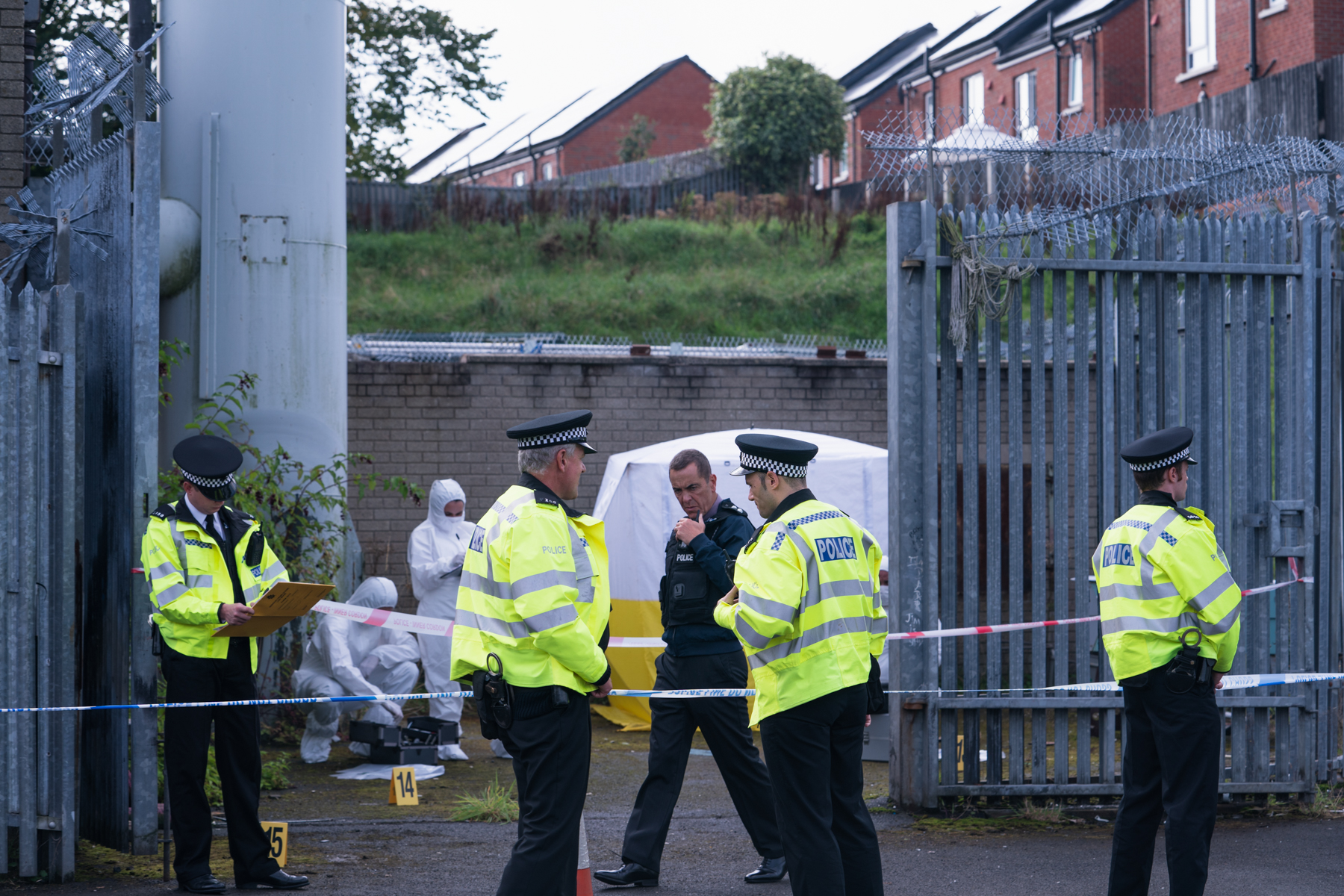 Jed even told passers-by that James was modelling for a catalogue while shooting at Belfast Marina — in a scene that was meant to depict his character retired in Spain.

Jed, 55, said: “It was easier to keep it secret by plotting the scheme between the two of us rather than involving a proper casting process.

“I did warn him there were two conditions: One, he’d have to wear shorts which might get very nippy on a cold day in Belfast and, two, he’d have to lie about it.

“The shoot at Belfast Marina went really smoothly, because the sun came out for about five minutes. 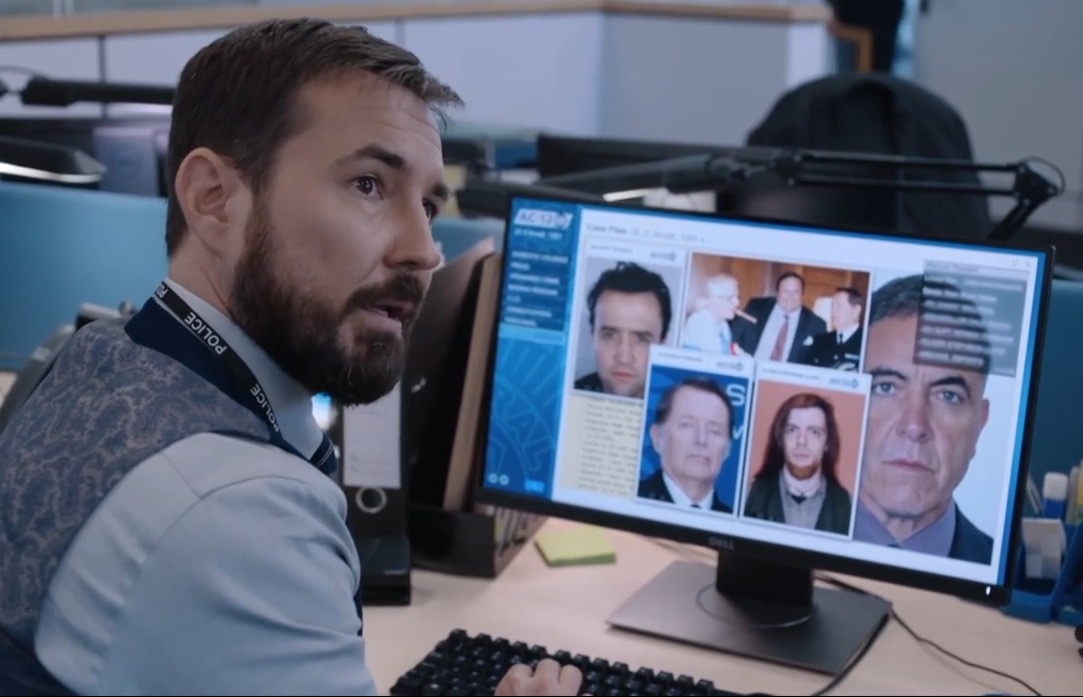 “I think people thought Jimmy was shooting an advert. I told passers-by he was modelling for a catalogue.

“The rest of the filming with Jimmy was done away from the public eye so we were able to keep his involvement totally top secret.”

He was involved in two cases that were being probed by Gail Vella, the TV journalist whose assassination is the mystery at the heart of the current sixth series. 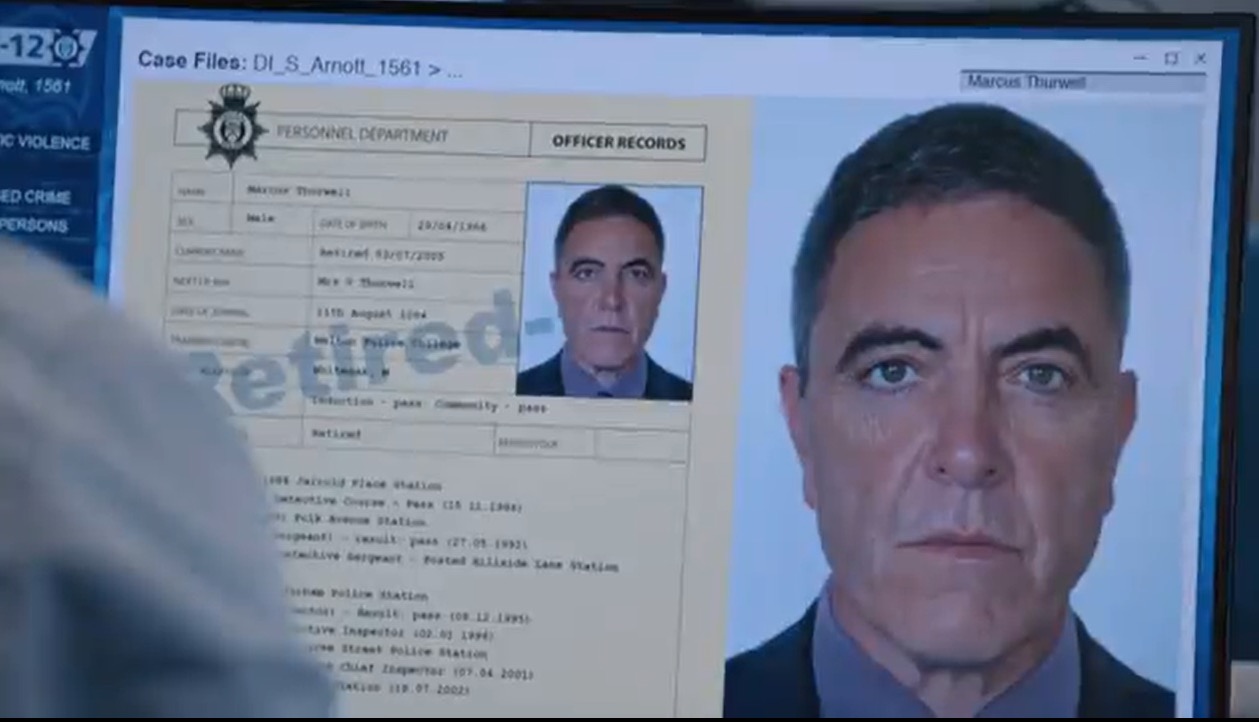 James said: “I’ve been a fan of Jed’s work for years which is how my role in Bloodlands came about. When he approached me for Line Of Duty, of course I immediately said yes.

“I’ve kept it to myself for over a year and couldn’t even tell my closest friends or family.

“I’m still sworn to secrecy about Marcus Thurwell, but as ever with Line Of Duty, there will be a few surprises along the way.” 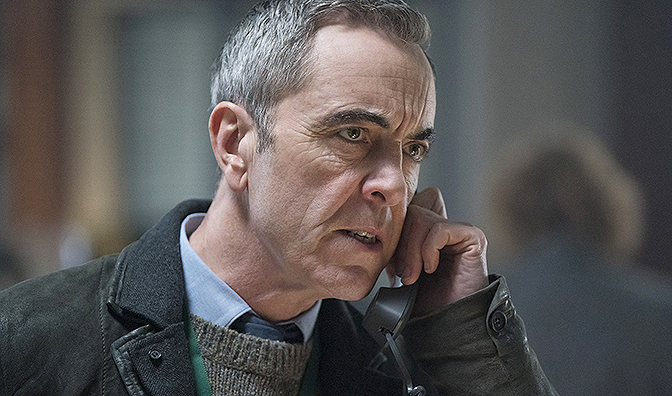 But Thurwell was also the Senior Investigating Officer looking into the killing of Oliver-Stephens Lloyd, who tried to expose a VIP paedophile ring in series three.

The decision to reintroduce Thurwell was finalised while Jed worked as executive producer on Bloodlands.

He said: “Marcus Thurwell is a character who was mentioned in series three, a bent copper who’d retired to Spain, and AC-12 were not able to track him down.

“Eventually we decided series six was the moment to bring him back into the story.

“I kept racking my brains trying to figure out how we’d pull off showing Thurwell in Spain and then I spotted the answer right outside my window.

“During the Bloodlands production, a few of us were put up in flats overlooking Belfast Marina.

“On a sunny day it can look passably Mediterranean, with all the expensive boats moored on the piers.

“Then our thoughts turned to who we could cast. As I was already filming with Jimmy Nesbitt, one day I cheekily asked him if he fancied playing the role.”

Jed wanted the reintroduction of an old character to be on a par with when DI Lindsay Denton — played by Keeley Hawes, 45, in series two — surprised fans by returning the next season.

Jed added: “If anyone spotted Jimmy arriving on set or leaving, we just said he was shooting extra scenes for Bloodlands.”

Although his character is now retired in Spain, it seems James’ appearance in last night’s show – the fifth in this series – is not a one-off.

The Sun has exclusive behind-the-scenes shots of Thurwell in uniform, which did not appear last night. 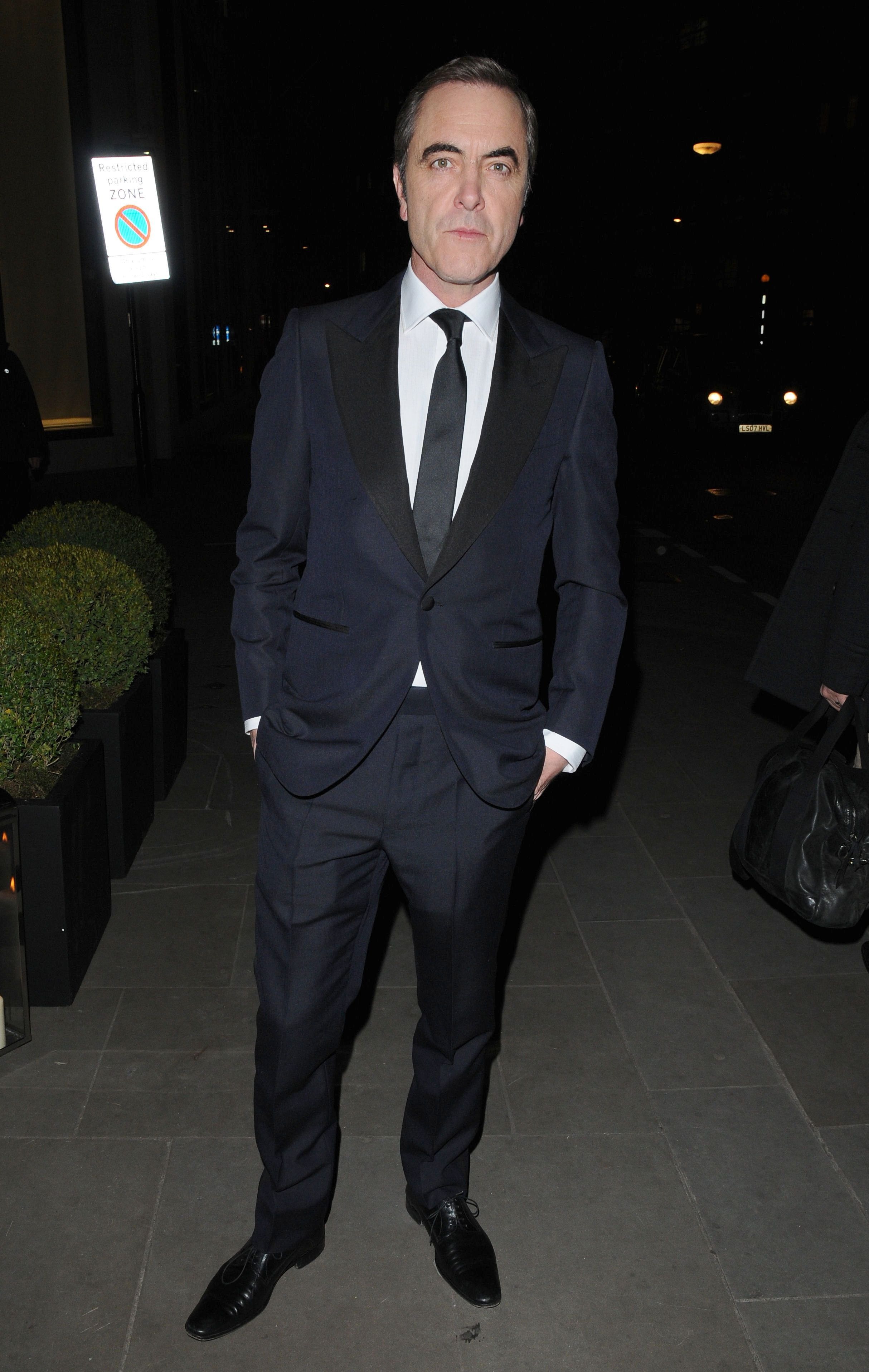 Those scenes look likely to appear in next week’s penultimate episode or the much-anticipated finale.

Jed is keeping characteristically tight-lipped about any details and admits he conspired with James to tell a bit of a porky to ensure his casting was a surprise.

During promotion for Bloodlands, which saw James play Detective Tom Brannick, the actor created the impression he was angry at Jed for snubbing him for Line Of Duty, despite it being filmed in his native Northern Ireland.

In interviews, he said: “I said, ‘Come on, Jed, when are we going to get a chance to work together?’.”

But James later revealed the ruse, saying: “I had a lot of fun saying how Jed has snubbed me for Line Of Duty, all the while knowing our little secret.”

Jed added: “It worked brilliantly, because everyone thought he was genuinely annoyed. We laughed lots about all the coverage he got for being ‘snubbed’.

“It was the same when Keeley Hawes came back to shoot series three — she told people she wasn’t in it and, brilliant actress that she is, everyone fell for it.”