Law and Order fans have been loving seeing Elliot Stabler (played by Christopher Meloni) back in the world of the NBC drama. However, the character has suffered great tragedy since his return, after his wife was murdered by a New York crime boss. However, fans are concerned that Stabler will face more heartbreak after a mission goes terribly wrong, and many are tipping the ESU team to be behind it.

Elliot Stabler discovered in the latest episode who was responsible for the hit on his wife Kathy (Isabel Gillies).

In the prior episode, An Inferior Product, Stabler learned the heartbreaking truth that it was Angela Wheatley (Tamara Taylor), the ex-wife of Richard Wheatley (Dylan McDermott), who arranged the hit.

Law and Order: Organized Crime focuses on Stabler and his family as he joins an NYPD organised crime task force to stop a powerful crime syndicate.

Stabler’s primary target is Wheatley, a businessman and mob boss, and Stabler long suspected that he was behind the car bomb that killed his wife. 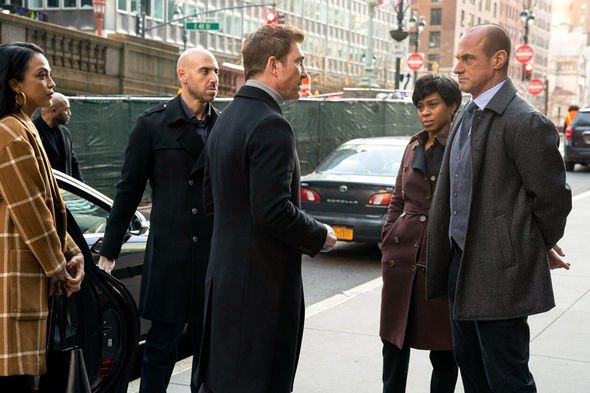 The truth about Angela was especially heartbreaking as Stabler had been romantically interested in her, and began trusting her when investigating Wheatley.

However, when confronted with Angela in an interrogation room, Stabler was clearly distraught at the revelation.

In the prior episode, I Got This Rat, Stabler says to Angela: “You remember the moment we met? I told you that I would find the person responsible for murdering my wife.

“And the whole time it was you. Why?” a distraught Stabler asks.

However, it is revealed in I Got This Rat that Angela only ordered the hit on Kathy because Wheatley had been manipulating her to believe that Stabler was responsible for their son’s death. 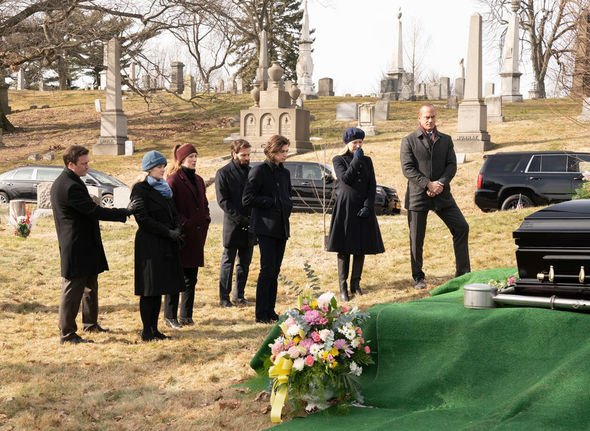 But it was really Wheatley who murdered him as he was stealing from his father’s business.

Angela then decides to cooperate in putting Wheatley away for good, leading Stabler to plan his long-awaited attack on the mob boss.

In the latest sneak peek clip for the forthcoming episode, Everybody Takes A Beating Sometime, Stabler and his team appear to be preparing for a sting operation against Wheatley, though fans are worried that the ESU team will betray the squad somehow.

“There’s going to be a ton of firepower,” Sgt. Ayanna Bell (Danielle Moné Truitt) warns her squad as they prepare to take down Wheatley.

Ayanna explains the game plan and asks Stabler to check on the ESU team standing by.

The team confirm their position but they have given fans reason to doubt their motivations, and viewers are concerned that the ESU team will betray the Organized Crime squad.

Spotting the team’s shifty demeanour and newfound interest in the case, many have begun to theorise they could be working with Wheatley.

As fans watch Stabler put the finishing touches on his plan to take down Wheatley once and for all, fans expressed their concern on YouTube that something doesn’t appear quite right.

“There is something about the guy from ESU.. don’t trust him,” one wrote.

Another fan shared the same feeling, writing: “I don’t have a good feeling about this.”

Is Stabler destined to face more tragedy, and will Wheatley ever be stopped?

No matter the outcome, Everybody Takes a Beating Sometime looks sure to be one hell of a showdown between the two.