Viewers anticipated the return of Christopher Meloni’s Elliot Stabler ever since his spin-off series was announced. However, the thing that viewers most wanted to see was the emotional reunion of Stabler and his former partner Olivia Benson (played by Mariska Hargitay). A fan has recently spotted a key scene from one of the early seasons that has foreshadowed events in a crossover with Organized Crime.

The longest running primetime US live action series in history returned for its monumental 22nd season in November 2020.

Former star Meloni hasn’t featured in Law and Order: SVU since his sudden departure from the show in 2011.

Stabler’s departure in the season 12 finale ‘Smoked’ was abrupt and emotional for both the character and his devoted fans, and the character left without a goodbye to Benson.

However, after audiences witnessed the pair reunite on SVU’s episode Return of the Prodigal Son, one fan has noticed a particular easter egg from earlier seasons that may have foreshadowed the detectives reuniting. 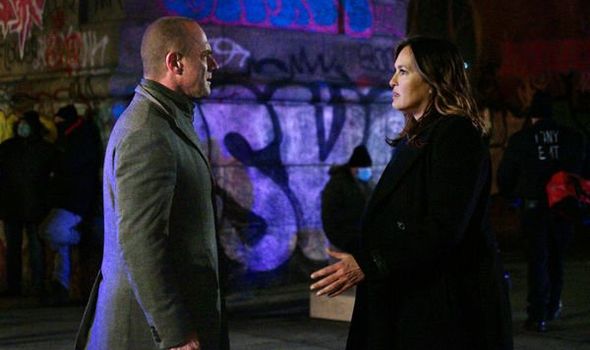 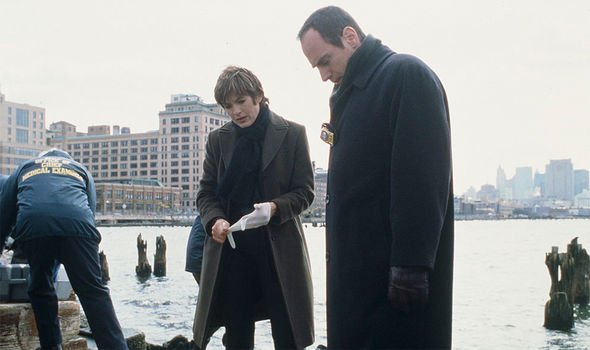 The fan took to Twitter to point out two scenes, one from an early season and the other from Organized Crime this year, which shows Benson and Stabler each holding a gun during a raid.

The fan noticed that the two were standing together in the exact same way, with Stabler on Benson’s right.

The video was captioned: “It’s the parallel of these two scenes for me #eo #svu #organizedcrime.”

Fans of SVU quickly responded to the post, one with saying: “Damn down to the outfits.” 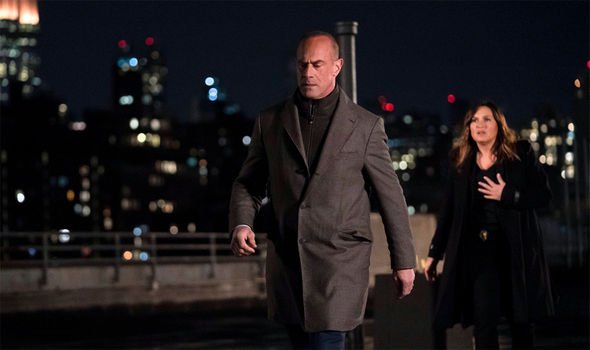 In the first scene, Stabler is wearing a black suit and a blue shirt, with Benson in a dark brown jacket.

Not only are the pair standing in the position they always used to as partners, but the clothing matches the original moment.

Another on Twitter agreed, replying: “There are no accidents.”

“I still have to pinch myself to realize he actually has returned,” another emotional viewer said, while someone else simply replied: “Partners for life.”

However, one fan remarked: “The day we get this again and Liv got a big fat engagement ring on.”

During Stabler’s tenure on the popular series, fans have frequently commented on the incredible chemistry between the two characters, while many hoped the two would get together on the show.

Commenting on their possible relationship, Meloni told People: “I think there’s a world of possibility.”

Stabler’s sudden reappearance on the show was difficult for the both of them but there was no doubt that their chemistry was as strong as ever.

Surely, the crew framed these two scenes to mirror one another to remind fans what an incredible team they are together, and just how connected they are and always will be.

After discussing their issues, Benson and Stabler have grown closer in season 22 of SVU as both series had frequent crossover events.

Hopefully, the showrunners will continue to reunite the fan-favourite crime fighting duo and carry on teasing viewers.

Whether or not the pair get together in the future, at least, for now, it means that Benson and Stabler are sharing the screen together once again.

Law and Order: Special Victims Unit is available to watch on NBC in the US. A UK release date has yet to be announced.