Home » Lady Gaga got pregnant after being raped by music producer, she reveals

LADY Gaga broke down in tears as she revealed she got pregnant after being raped by a music producer.

The award-winning singer, 35, opened up about the horrifying ordeal on Oprah Winfrey and Prince Harry's show The Me You Can't See. 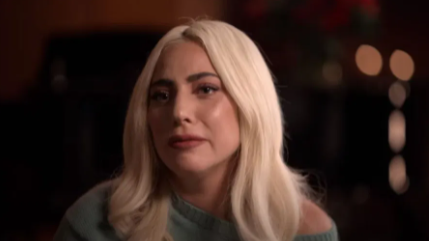 She explained: “I was 19 years old, and I was working in the business, and a producer said to me, ‘Take your clothes off. And I said no. And I left, and they told me they were going to burn all of my music. And they didn’t stop. They didn’t stop asking me, and I just froze and I—I don’t even remember."

The singer, real name Stefani Germanotta, has spoken of the abuse before and said it left her suffering from post traumatic stress disorder.

She has never mentioned the producer's name in a bid to avoid seeing him again.

Her traumatising memories were triggered again years later during a hospital visit.

She said: “First I felt full-on pain, then I went numb. And then I was sick for weeks and weeks and weeks and weeks after, and I realised that it was the same pain that I felt when the person who raped me dropped me off pregnant on a corner. At my parents’ house because I was vomiting and sick. Because I’d been being abused. I was locked away in a studio for months.”

The Apple TV+ docuseries features celebrities, and Prince Harry himself, discussing their battles with mental health.

Gaga previously said she kept the attack to herself for seven years.

"It changed my body, it changed thoughts."

She explained how she thought the sexual assault was her fault and why she hid it: "After it happened, I'm like 'But what did I do in my life to bring
this upon myself?' There was some sort of maybe religious guilt attached to
it that I had somehow inspired the violence.

"Because of the way that I dress, and the way that I'm provocative as a
person, I thought that I had brought it on myself in some way – that it was
my fault."

She hit out at Luke's lawyer's claims that Kesha had fabricated claims, responding: “Why on earth would this girl tell the entire world this happened? Why on earth?

“Don’t you roll your eyes at me. You should be ashamed of yourself.”