“It was so much fun! That’s the first time that we have quote-unquote been together since high school, since we stopped filming,” Cavallari said of the MTV cast and real-life peers during the On The List with Brett Gursky podcast. “So it was really good to see everybody.”

“We’re all on this group email and afterwards everybody was like, ‘I love you! It was so good to see everybody!'” Cavallari shared. “It was really fun. It was the cast of season 1, so I think more than anybody else we will always be so bonded and so connected just because we all experienced that at the same time. Nobody else will ever understand, so it was really cool to see everybody.” 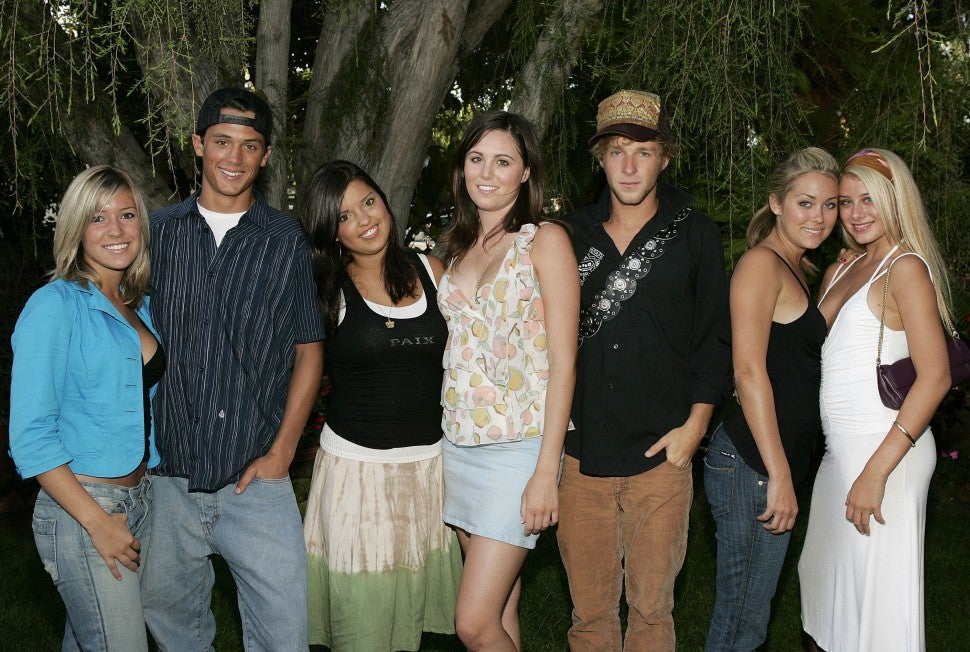 “I feel like everybody was the exact same. It was like no time had passed,” Cavallari said. “It was really cool.”

So if everyone was the same, does that mean there was drama between Cavallari and LC? The mother of three says that it was “totally fine” between them.

“So much time has passed and what we went through was so silly and it was so high school that I’m pretty sure we’re both over it at this point,” the Uncommon James founder shared.

Cavallari also opened up about reconnecting with her ex, Colletti, in a recent Instagram photo.

“I knew that it was going to create a little commotion. I didn’t know to what degree,” she said. “That’s my most liked photo on Instagram ever, like more than my kids, more than anything in my life, that photo with Stephen, which is cool. I think it’s really neat that people are still so invested and that it brings people back to that time.”

So can we expect a rekindled romance between the newly single Cavallari and the man who was once dubbed, “Ste-PHAN”?

“I love Stephen, I’ve always loved Stephen, and clearly 15 years later we’re still really good friends,” she said. “But no, I mean I brought my kids to Laguna Beach. I saw a lot of people, not just Stephen. I saw [Laguna Beach co-star and friend] Alex Murrel and her kids. It was a really fun trip, but that’s all that there is to it.”

While Cavallari has been open to dating since her split from her husband Jay Cutler, she added that she’s not looking to get into anything too serious too quickly.

“I’m going through a divorce and I’m putting myself first. I mean, my kids, obviously, my kids will always be first, but beyond my kids I’m making myself a priority right now,” she said. “I’m not ready to jump into a relationship, I’m not. I’m taking care of me and I’m figuring out ultimately what I’m going to want in life.”

Cavallari recently opened up to ET about her divorce. Watch the exclusive interview below.