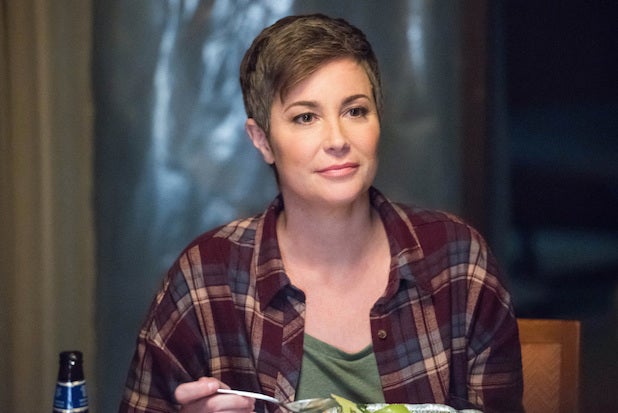 What would happen if you put a Disney Channel mom and a CW mom in the same room? True, it’s a scenario you’ve probably never thought about, but Kim Rhodes is here to give us an answer.

The actress is best known for playing Carey Martin, the zany mother on “The Suite Life of Zack and Cody” — and a few episodes of its spinoff “The Suite Life on Deck” — as well as Jody Mills on The CW’s long-running hit “Supernatural.” Like many, Rhodes joined TikTok during quarantine, cataloging her descent into cabin fever.

Knowing her audience, Rhodes literally made her bio “The person who played Zack and Cody’s mom AND that cop on Supernatural.” But on February 2, she took things a step further. On February 2, 2021, Jody Mills and Carey Martin came face to face.

Bringing back the characters’ signature hairstyles and fashions, Rhodes stepped into her old TV personas as if it were yesterday. But uh, obviously it was a little awkward. After all, Carey Martin and Jody Mills have lived real different lives.

Naturally, the two talked about the one thing they actually have in common: the woes of dealing with a set of brothers. While Jody had absolutely no sympathy for Carey having to kill spiders because she had to kill vampires, she did eventually come to give Carey the win in terms of who had it worse.

“I didn’t have sex for four years because I slept on a couch in the living room,” Carey blurts out, to which Jody responds “Whoo, yeah, okay, you win.”

The next day, Rhodes posted again, surprised by the success of the bit and asking her fans what — and possibly who — they would like to see next with Jody and Carey.

Enter Linda Barnes, Rhodes’ character from “Criminal Minds.” This time, the characters bonded over their shared trauma, albeit very different kinds of trauma.

Sadly, Linda was not long for this fake world. Jody couldn’t stand her and so Linda…disappeared. (Spoilers: she was tased, stuffed in the trunk of Carey’s car, and taken away. It was dark, but it made for a very fun road trip).

Now, what started as a small bit has progressed into a whole series on Rhodes’ TikTok. On Tuesday, Rhodes posted the latest installment of her alternate universe, in which another of her characters entered the fray. Where the women go from here is anyone guess, but I think it’s safe to say that we’re all living our best lives in finding out — Kim Rhodes included.