Home » TV and Movies » Kim Kardashian West is More Sympathetic About Kourtney Kardashian's Feelings After Their Huge Fight: 'We Worked It Out'

Things got pretty heated between Kim Kardashian West and Kourtney Kardashian as their epic fight on Keeping Up With the Kardashians illustrated. The fight got physical between the sisters but, once the dust settled, Kim could better understand the way that Kourtney had been feeling and why she reached her breaking point. 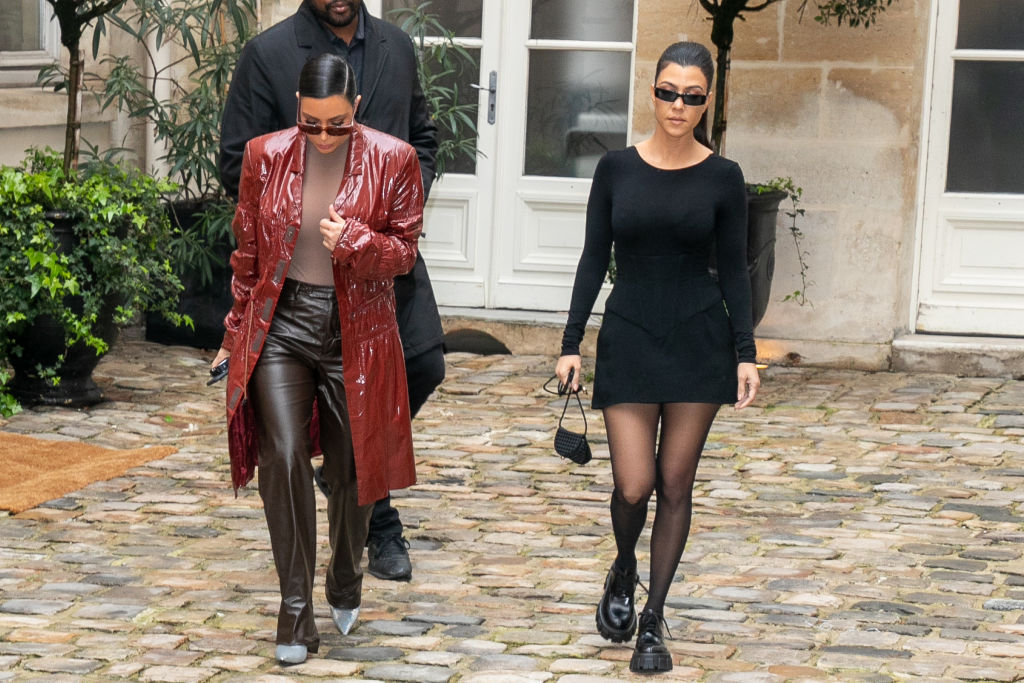 Kim and Kourtney’s fight was out of control

During KUWTK season 17, tensions were high between Kourtney and her sisters and, by the end of the season, it was clear that Kourtney needed a break from filming. The teasers for season 18 hinted at a fight between Kourtney and Kim and the whole thing played out in the season premiere. It escalated quickly, to say the least.

The fight erupted after Kim attacked Kendall and Kourtney’s work ethic, with Kim telling Kourtney that she doesn’t “care about stuff.” Kourtney responded, “You act like I don’t do s*it! You have this narrative in your mind… I will literally f*ck you up if you mention it again… But, honestly, change the narrative in your mind. I work my f*cking a*s off.”

Kim explained during a Mar. 30 interview on The Tonight Show With Jimmy Fallon why things got so heated, noting, “I feel like it’s been a lot of built up resentment from Kourtney, or just feeling like she doesn’t really want to film anymore.”

“She’s not the type of person to make a decision and say,‘OK guys, I’m not gonna film,’ but she would come to work with an attitudeevery day, take it out on everyone from the crew to us and wouldn’t really makethat decision,” Kim added.

Kourtney’s clawing pushed Kim over the edge, however. “I don’t really ever resort to violence like that, but she scratched me so hard, which you guys didn’t see… I was bleeding, so you didn’t really get to see that detail, but when I looked down at my arm and I saw she had really scratched me and I felt it all on my back, I just went over and slapped her back. It’s not, like, my proudest moment, but we were going through it,” Kim shared.

Kourtney definitely has been feeling the stress of filming the reality show and a new promo for KUWTK explains a little bit better how things played out. “Do you think I want to come into this negative environment with you guys every freaking day?,” Kourtney asks. “If I don’t see you at filming, you’re completely fine when we’re not in this environment.”

Her confessional is very revealing, as she shared that there’sjudgment she has to contend with. “I don’t understand why there’s all thisjudgment about the way that we each want to live our lives,” she explained. “Weshould be accepted for what we each want to do and it’s not a positiveenvironment for me to want to be in every day, when I feel like they’re socritical of me.”

Kourtney continued, “Every day that I’m coming in, I’mlike, why am I choosing to be in this environment? And I think I just, like,reached my point of not being able to tolerate it anymore.”

They worked through things

During a Mar. 31 interview on The View, Kim discussed the fight and explained how the situation, while not ideal, led to her being “more sympathetic” about Kourtney’s point of view.

“I never want to result to violence like that,” Kardashian shared, adding, “Looking back, it made me realize what Kourtney’s really feeling and going through… It made me more sympathetic to her situation.”

She noted that the fight had “been so built up for so long” and there was frustration for everyone involved. “She’d complain every time she’d be there and be such a buzzkill, but not make a definitive choice… That limbo was really frustrating everyone,” Kim noted.

“It was just so uncharacteristic of us to really actlike that,” she said of the fight, adding that they “worked it out”and it helped them “know each other’s boundaries.”