Home » TV and Movies » Killer Gray's next victim confirmed as he seduces Chelsea in EastEnders? 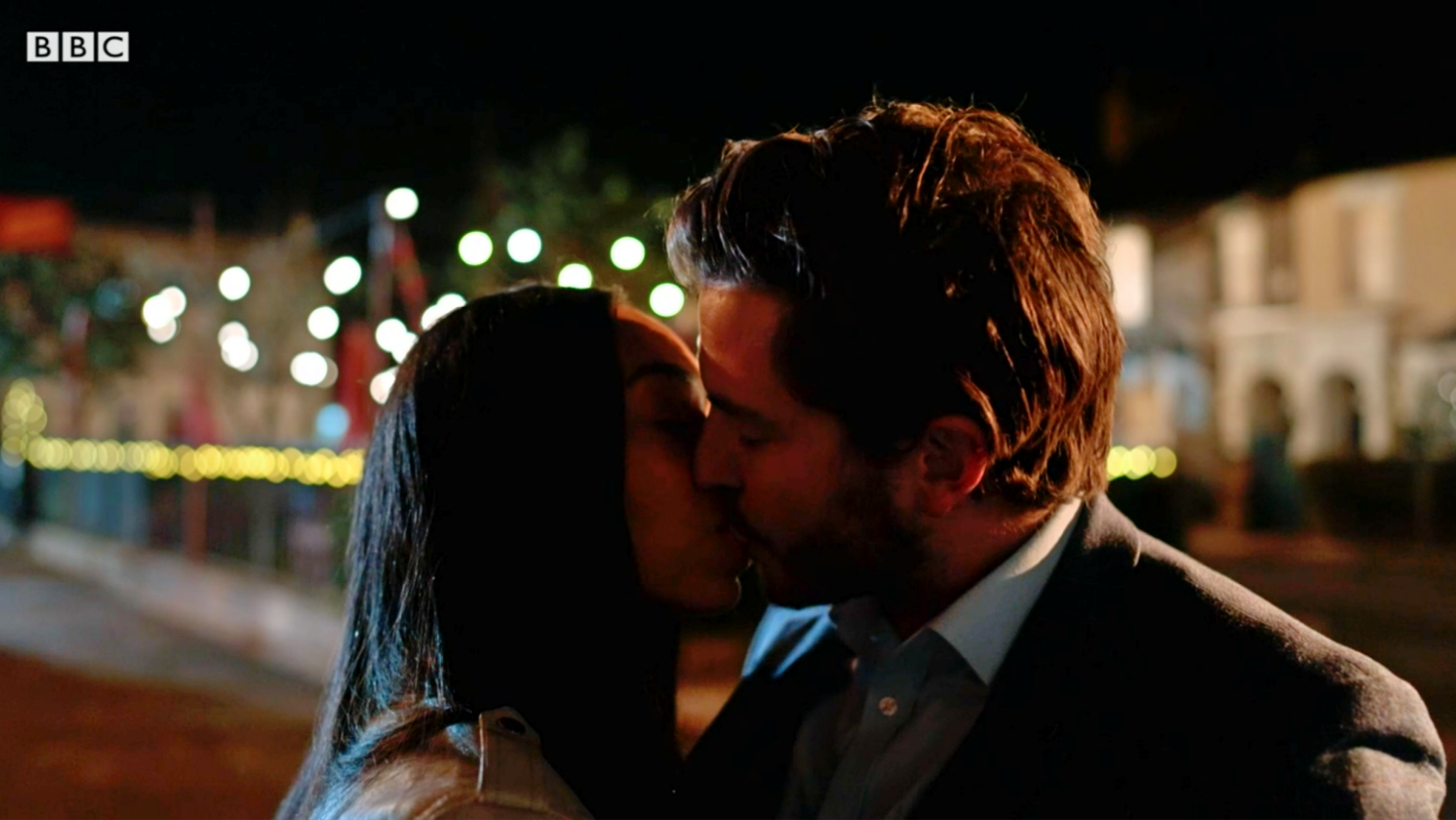 EastEnders’ resident serial killer Gray Atkins (Toby-Alexander Smith) may have just set his sights on his next victim.

Chelsea, having been questioned by the police over being in possession of stolen goods, realised rather quickly that she was going to need legal representation.

Jack Branning (Scott Maslen) advised her to have a word with Gray, and the young woman did just that.

Gray ultimately agreed to represent Chelsea for free, after they hit it off over a meal at Walford East earlier this week.

And tonight, the solicitor told Karen Taylor (Lorraine Stanley) that Chelsea is ‘more than just a client’.

As the night came to an end, Gray and Chelsea shared a passionate kiss.

Before Gray could answer, however, she reconsidered, instead reaching into his pocket to remove his keys, before walking up the stairs towards his home.

‘Why wait?’, she added, much to Gray’s delight, and the pair headed inside to have sex.

Chelsea, of course, has no idea that Gray is a sick killer, what with him having murdered wife Chantelle (Jessica Plummer), Tina Carter (Luisa Bradshaw-White) and Kush Kazemi (Davood Ghadami).

The question is: will she become his next victim? Will Gray kill Chelsea?

EastEnders continues next week, dates TBC due to Euro 2020. Alternatively, all of next week’s episodes will be available to stream on BBC iPlayer from Monday June 28 at 6am.