Selena Gomez went on The Kelly Clarkson Show to promote her new album Rare. Since Clarkson is a singer herself, she could relate on an industry level to the things Gomez discussed. Rare is Gomez’s first album since 2015’s Revival, during which time she has also been open about struggling with depression and anxiety. 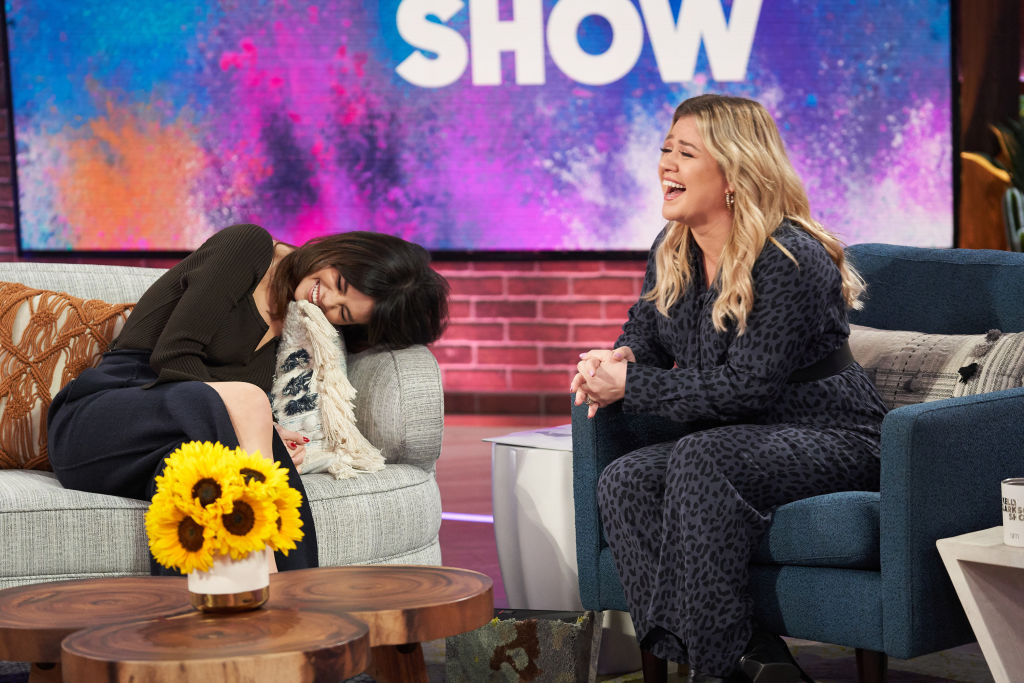 So when Gomez started invalidating herself, Clarkson stepped in to reassure her. Here’s what Gomez said on the March 6 episode of The Kelly Clarkson Show, and how Clarkson responded.

Selena Gomez had a different path from Kelly Clarkson

Gomez got her start on the Disney Channel show The Wizards of Waverly Place. That led to recording music through Disney. Clarkson got her start on the singing competition American Idol and has transitioned into a television career on The Voice and her own talk show. Gomez shared how Disney shaped her musically.

“Because I started so young, there is a huge part of me that didn’t get a chance to develop my identity in a normal setting,” Gomez said. “So when I was working with Disney, it was the best time of my life. I had a great time. I have nothing but good things to say but it was a bit more controlled. There were certain things that I had to do and not maybe go into like figuring out what my sound would be.”

Selena Gomez may still not have figured out her sound yet

Gomez says she’s always improving, and she may never be satisfied with herself.

“I’ve constantly been trying to make my music better and better because I know that people might not think I’m the greatest singer but I just work my ass off. I really love writing and creating and creating melodies and growing. I felt like this was my chance to say all the things that I wanted to say in that way which was talking about relationships and talking about difficult times or being vulnerable or being stuck in your head, because I can do that a lot. I wanted it to feel good. I wanted it to feel like every word mattered and you could feel it physicaly. I’m still in the studio now because I feel like it’s inspired me and I want to keep going.”

Clarkson is no stranger self-doubt, and endured criticism in her very first show business gig. That’s sort of the whole point of American Idol. When she got to be the mentor on The Voice, she got to empower young singers. Maybe she can do that for Gomez too.

“The best singer in the world, [I’m] talking to everyone in the world right now, is not the loudest, is not the ‘Oh my God you just sang like Whitney Houston,’” Clarkson told Gomez. “The best singers in the world move you. That comes from all different sounds and styles. From a singer to a singer, it’s beautiful what you do. I love your record and I love big huge songs but I love singing your music. It means something and it moves people so don’t ever negate your gift, because it’s powerful.”