Prior to moving to Hollywood, Keanu Reeves worked a variety of odd jobs, including as a correspondent for a Canadian children’s show. All that hustling ultimately made Reeves an A-list movie star. 1989’s Bill and Ted’s Excellent Adventure was his first big breakout movie. But it’s also responsible for what Reeves called the most “surreal” part of his career. 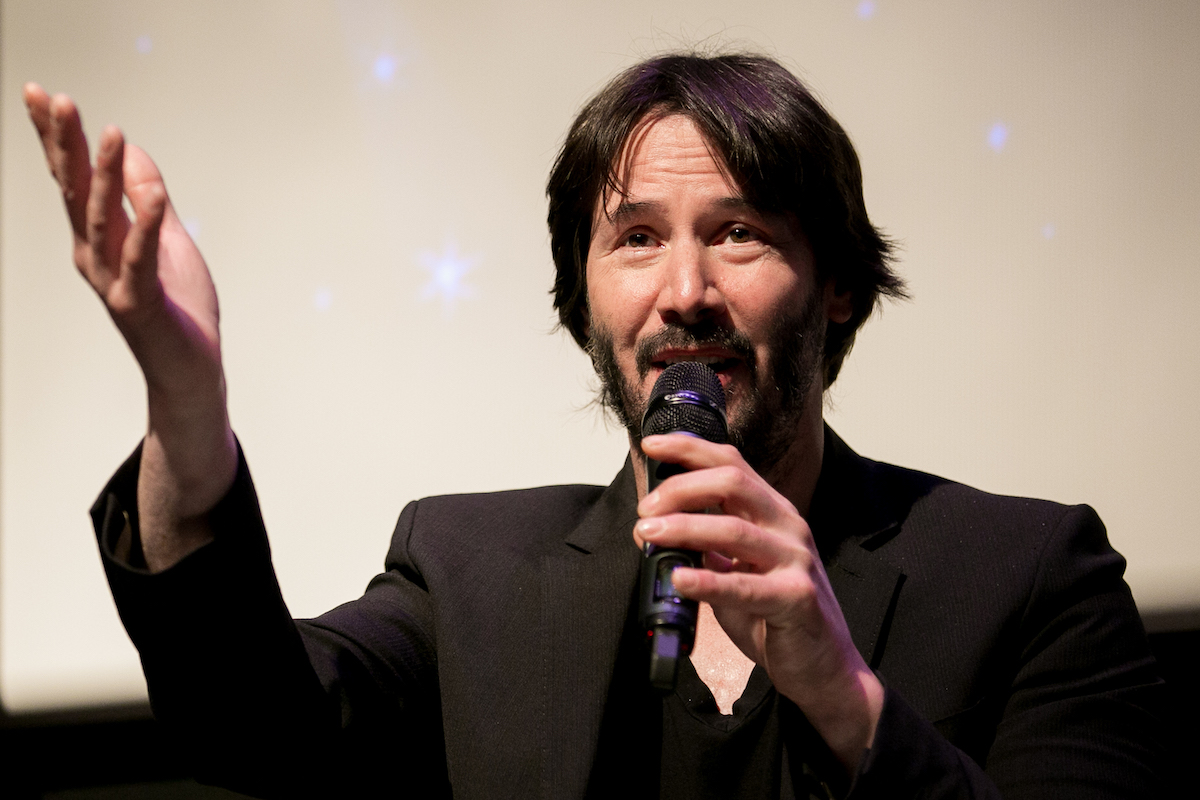 Keanu Reeves’ movies have been hits since the 1980s

Reeves made his big-screen debut in 1986 sports drama Youngblood. And his early roles — including the critically acclaimed River’s Edge — leaned in a serious direction. It wasn’t until Bill and Ted’s Excellent Adventure that Reeves’ comedic side became apparent. Moreover, two years later, the actor found what would become his signature genre in 1991’s Point Break.

The actor once revealed a ‘surreal’ part of working in Hollywood

Although he was later able to achieve more stable success, Reeves was initially concerned it might not. More specifically, the actor thought that the lovable time-traveling slacker he plays in Bill and Ted’s Excellent Adventure would haunt his career. After all, the movie did spawn not only a 1991 sequel but became something of a phenomenon.

“I did Bill & Ted’s Excellent Adventure,” Reeves once said according to Collider. “They made a cereal out of it. So once you’ve had a cereal, it doesn’t get much more surreal than that. Surreal cereal.” Although “surreal cereal” has a ring to it, the product’s actual name was Bill and Ted’s Excellent Cereal.

But to Reeves’ point, he went from aspiring actor to having his character strewn across all kinds of merchandise in only a few years. He even reprised the role of Ted “Theodore” Logan for a short-lived animated series. Clearly, Reeves overcame his early concerns about the role though. He and co-star Alex Winter reunited for a third film, titled Bill and Ted Face the Music, in 2020.

‘Bill and Ted’ prepared Keanu Reeves for ‘The Matrix’ series

Perhaps this early brush with a multimedia franchise helped prepare Reeves for the future. Several of his projects are either based on existing characters (Constantine, The Day the Earth Stood Still) or developed into franchises of their own (Speed, John Wick).

The Matrix in particular impacted both Reeves’ career and the cinematic landscape. The movie spawned countless imitators and parodies as well as two of its own sequels, video games, comic books, and an anime anthology. Reeves will return to play Neo in 2021’s The Matrix 4, due out in theaters and on HBO Max on Dec. 22, 2021.