KATE Garraway said that she felt like she was in a "post apocalyptic fairytale" as a Good Morning Britain video interview was plagued with bizarre technical issues.

The 54-year-old star and co-host Ben Shephard were attempting to interview James Brolin in the US about his new Netflix show Sweet Tooth. 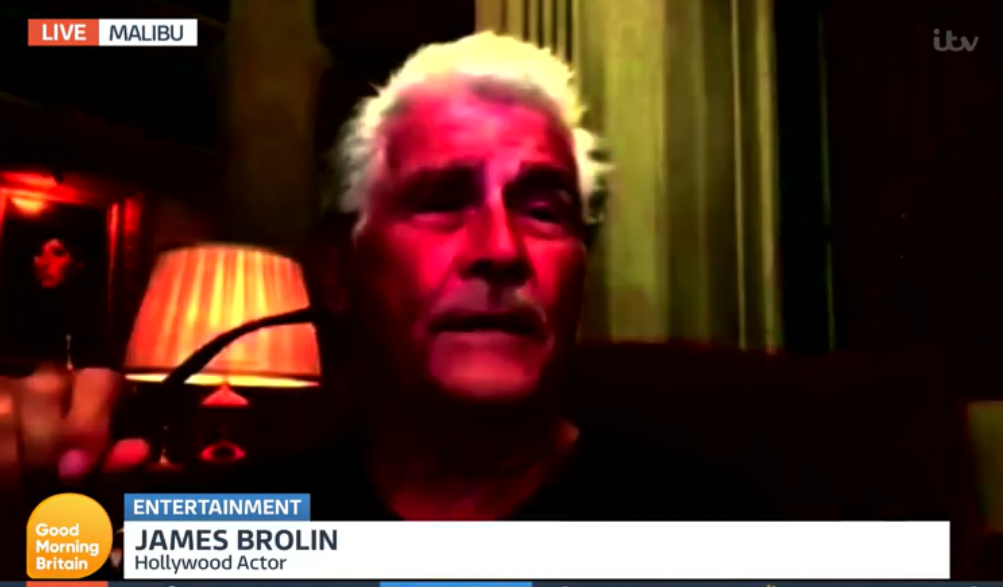 But they were instead forced to cut to an ad break after suffering multiple problems – before canning the chat all together.

Ironically, 53-year-old James kicked off the interview by saying he wasn't "up yet" as a cheeky reference to the early hour on the breakfast show, with it still night time where he lives in California.

As he attempted to promote the new show – about a post-apocalyptic world which sees the emergence of hybrid children due to a mysterious virus – James started to turn different colours as the picture slowly disappeared.

Ben and Kate were visibly confused, with Ben questioning if James had forgotten to plug the computer in. 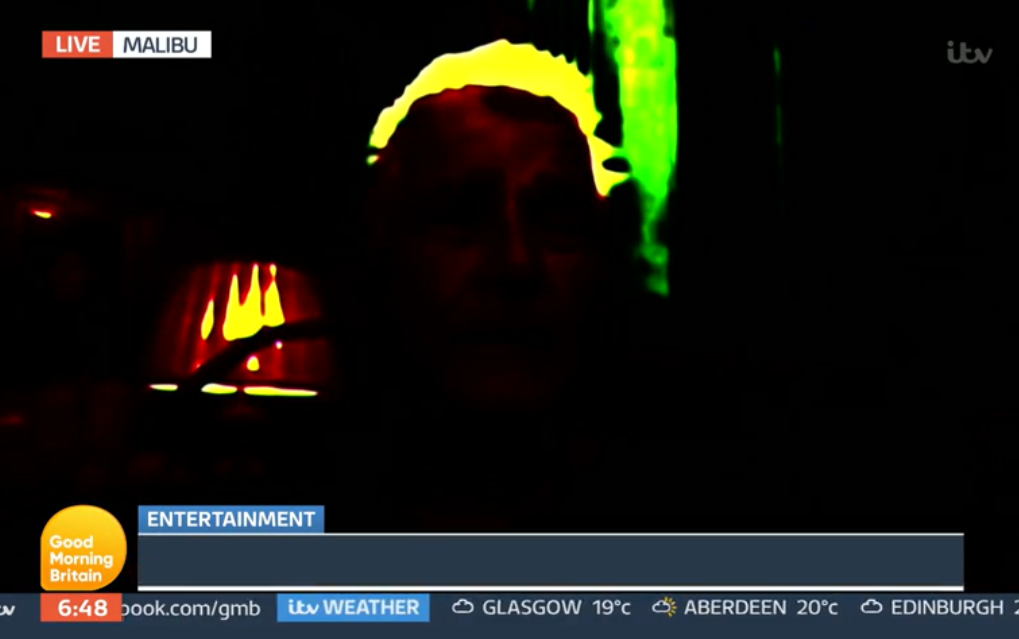 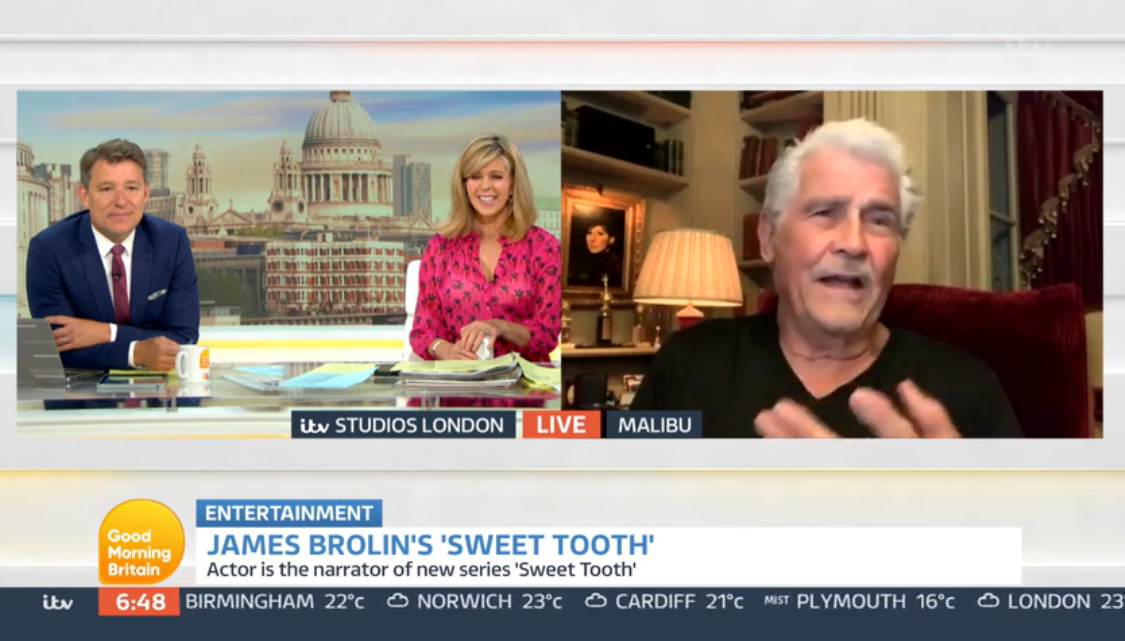 Kate said: "I think we lost him?" As Ben poked fun at the way it happened, quipping: "It's like he powered down!"

However, they were able to get the star back on screen – but this time there was no audio, with James speaking animatedly but nobody able to hear what he was saying.

Kate burst into laughter, giggling: "I feel like I'm in a post-apocalyptic fairytale right now!"

Ben said they'd have an early ad break to try and resolve the issues, but when Good Morning Britain returned they admitted they'd had to give up on trying to speak to James. 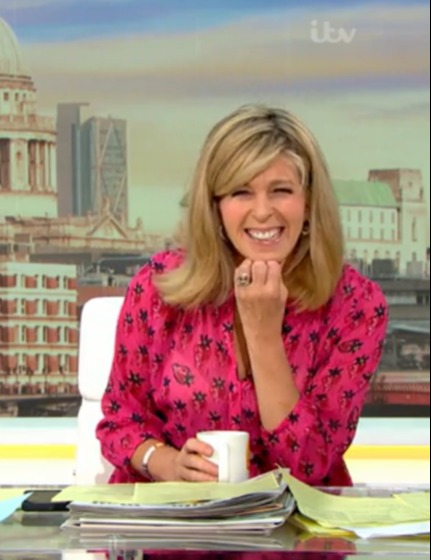 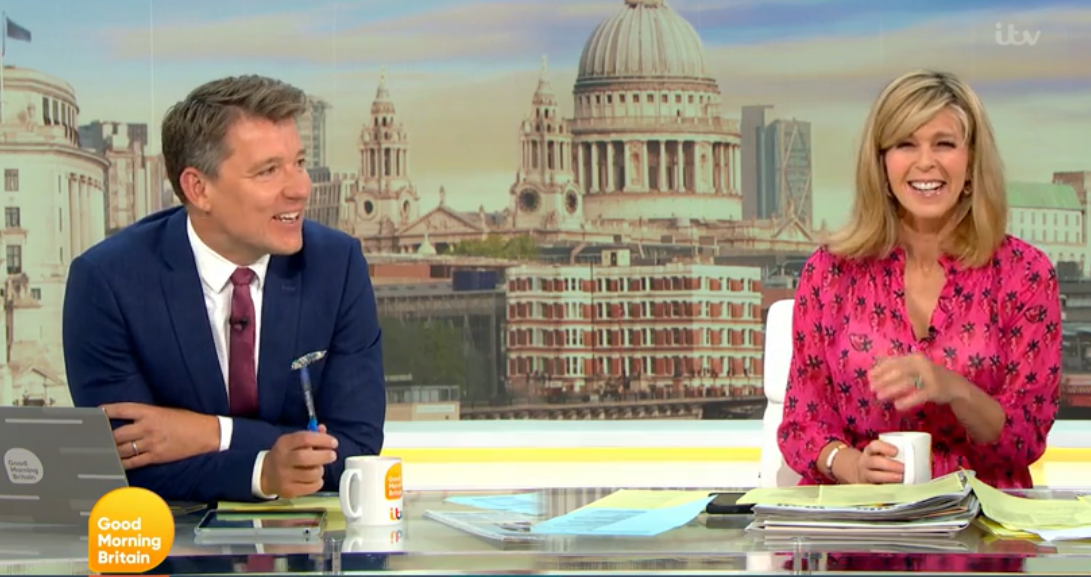 Ben told viewers: "The post-apocalyptic virus came for James Brolin and his connection."

Kate exclaimed: "We can't get him back at all!"

He then poked fun at the internet bandwidth in Malibu, quipping that he'd have thought they'd have better as a celebrity hotspot.